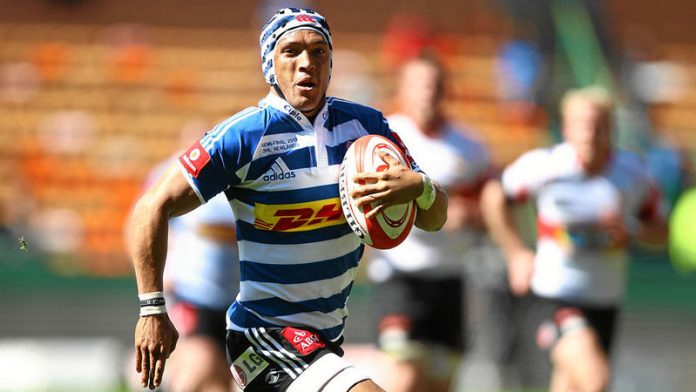 The marketing department of the South African Rugby Union (Saru) breathed a huge sigh of relief last Saturday, when Western Province won comfortably against the Lions in the first of the Currie Cup semifinals. The home win ensured a Newlands final and the likelihood of something at least approaching a full house for the conclusion of the competition.

The sprawling monster that Super Rugby has become, together with the ever-expanding international season, means the Currie Cup is now something of an afterthought. That's certainly the way it looked at Kings Park, where just over 17 000 gathered to watch the Sharks beat the Cheetahs. Had WP lost to the Lions, there is no doubt the final would have been played to a half-empty stadium.

Many bemoaned the R150 Kings Park ticket price, a fee that had much to do with the supposed exclusivity of the occasion and nothing at all to do with harsh economic realities. By contrast, earlier this year the Kings and the Lions played out their promotion/relegation contests in front of huge galleries, owing in no small part to a preponderance of tickets priced as low as R30.

The debate will continue to rage but it can be summarised thus: Would a union prefer 15 000 people paying R150 or 40 000 paying R30? The revenue is almost identical but a union needs to hire a lot more support staff – such as security and catering – for the larger crowd and thus ends up earning less. Ask any spectator or player what they would prefer, however, and you'll get the answer that the bean counters don't want to hear.

Be that as it may, a Newlands final should guarantee a fitting sendoff to the season, and there is no doubt that the best two sides have won through. The same provinces contested the 2012 final at Kings Park and opinion prior to the game was exactly the opposite of that displayed this year: WP had no chance.

Convincing win
In the event, Province ended an 11-year drought with a 25-18 win that was more convincing than the margin suggests. Demetri Catrakilis kicked several drop goals and the enduring memory of the contest was a darting run by Juan de Jongh that resulted in the only try of the match. It was a fitting riposte to the 2010 final when the 20-year-old Pat Lambie cut Province to ribbons and earned the man of the match award.

Lambie's return to the starting line-up last week was a poignant reminder of that day, three seasons ago, when he made the great Schalk Burger look foolish by scoring a dazzling try under the posts. On Saturday he did it again, just when his team needed it. His sidestep in the 38th minute opened up the Cheetahs' defence and had the effect of galvanising a Sharks team that looked as if it would have far preferred a week off to playing in the final.

At Newlands in the earlier game, a similarly audacious try by Gio Aplon was the highlight of the contest. Both Aplon and Lambie have been cruelly treated by the national coach this year and their two performances were timely reminders of the talent available to Heyneke Meyer if he cares to look beyond his favourites now and again.

Dour affairs
Saturday's game deserves a liberal dose of the entertainment Lambie and Aplon are capable of providing, but finals are more frequently dour affairs decided by the men in the engine room. To that end, the Sharks are a little fortunate to be able to call on the services of Bismarck du Plessis after his citing last week. They will, however, have to make do without his elder brother, Jannie, who is nursing a broken hand.

The Sharks coaching staff will have to come up with something a little more imaginative than they managed against the Cheetahs. In the first half, for instance, four members of the pack all kicked the ball in broken play, leading assistant coach Brad McLeod-Henderson to say: "No, it was not part of the plan." It probably betrayed a lack of ambition, however – that, and the enervating effects of an overlong season.

All will be forgiven if the Sharks manage to claim their third title in six seasons, but that is highly unlikely. Including the last five log matches in Super Rugby, Province are unbeaten in 16 games. They may not score as many tries as their coaching staff might wish but the wise head on young shoulders displayed by Catrakilis gives them a recognisable shape at all times.

He is helped more than somewhat by the efforts of the best pack of forwards assembled in Cape Town since the turn of the millennium. The stars are Eben Etzebeth and Duane Vermeulen, while the versatile Deon Fourie gives the coaching staff extra options. It will be a blow to the home side if the neck spasms Fourie is suffering make him unable to take to the field on Saturday, but hardly an insurmountable one.

Two great Springboks, Jean de Villiers and Schalk Burger, do not have a Currie Cup winner's medal among their extensive collections of memorabilia. By Saturday night that sorry fact should be expunged from the record books.