US could lift Rwanda sanctions if Kigali cuts M23 ties 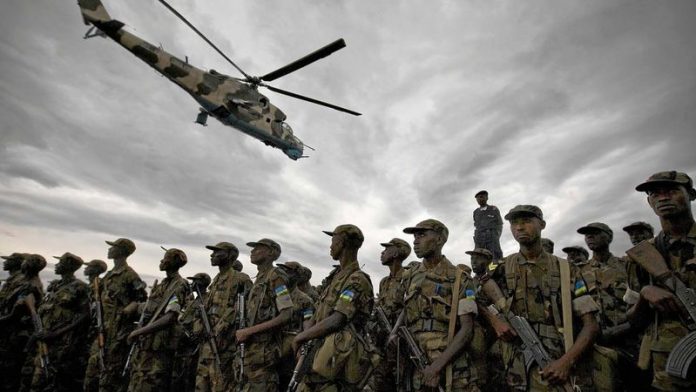 The United States indicated on Wednesday it was ready to lift sanctions against Rwanda if Kigali cuts all ties with Congolese M23 rebels.

Washington has distanced itself from its ally Rwanda since July 2012 by freezing its modest $200 000 military aid and imposed sanctions in a bid to urge President Paul Kagame's regime to end its support of the mainly Tutsi rebels of M23, who surrendered on Tuesday.

Last month, Washington slapped sanctions on Kigali for its alleged backing of the Congolese rebels who recruit child soldiers into their ranks.

The United Nations, Democratic Republic of Congo and the United States all accuse Rwanda of providing military support to the rebels.

"If it turns out that Rwanda is no longer involved in such activities, if it turns out that their role here has been a positive one … then we will certainly review whether it is appropriate to continue these sanctions," US special envoy for the Great Lakes Russ Feingold told a telephone conference.

Feingold recognised that Washington is not certain that Kigali's support for the M23 has completely stopped.

Final peace agreement
He called for a "fact-based investigation with the sincere hope that we find out that the support's terminated and certainly with an open mind in that regard".

The state department had welcomed Tuesday's military victory by UN-backed Congolese troops over the rebels, and called for all sides to sign a final peace agreement on the Great Lakes in line with negotiations that began nearly a year ago in the Ugandan capital Kampala.

Rwanda and Uganda's decision to stop backing the M23 helped facilitate this latest shift in the long-running conflict. The two countries were under intense diplomatic pressure, including from the United States in recent weeks, to halt support for the rebels. – AFP