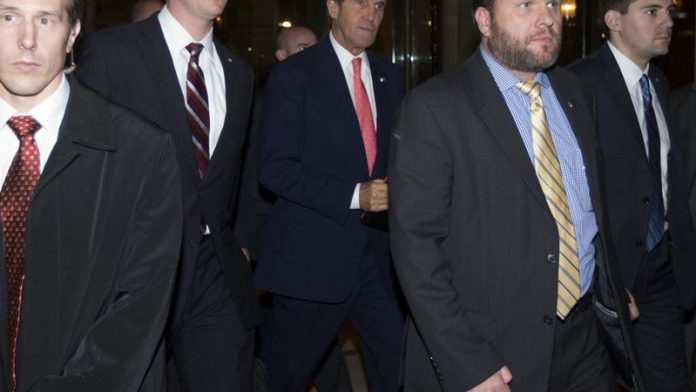 High-stakes talks between Iran and global powers on reining in its nuclear programme will stretch into a third day on Saturday in Geneva, US officials confirmed.

"Over the course of the evening, we continued to make progress as we worked to narrow the gaps," a senior State Department official said late Friday.

"There is more work to do. The meetings will resume tomorrow morning," the official added after US Secretary of State John Kerry met for some five hours late Friday with his Iran counterpart Mohammed Javad Zarif and EU foreign policy chief Catherine Ashton.

most of his counterparts from the five permanent members of the UN Security Council, plus Germany – with France's Laurent Fabius, Germany's Guido Westerwelle and Britain's Wiliam Hague already in town.

After the trilateral talks ended at the EU mission, the three delegations swept back into the Geneva hotel where they are staying to be met by a media scrum and a wall of cameras.

Ashton refused to answer any questions, while Kerry said that there had been "a lot of work" done during their talks.

Iran's lead negotiator in Geneva, Deputy Foreign Minister Abbas Araqchi said: "The meeting was productive, but we still have lots of work to do."

He also confirmed the meeting would continue on Saturday. – Sapa-AFP