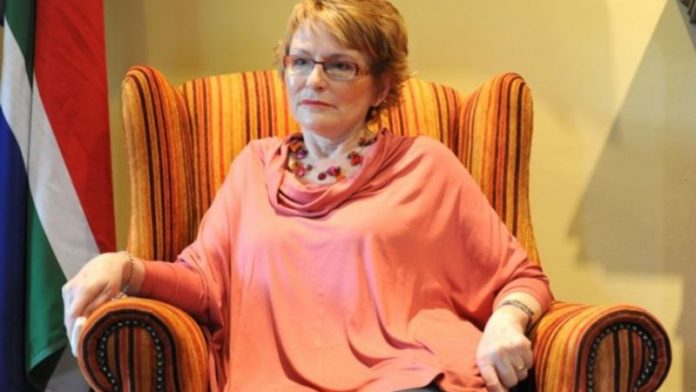 The Democratic Alliance is fighting to show a united front in the internal fallout over the party's apparent mistaken voting for the Employment Equity Act Amendment Bill.

DA parliamentarian Ian Ollis told the Mail & Guardian on Monday that the party's vote and subsequent media hype was a small blip in an otherwise successful election campaign and recent registration drive. "It's electionitis: people get tense ahead of elections," he said. "This will all blow over soon."

But the incident, which saw the opposition party backtrack over their voting on the Bill, appears to have divided the party ideologically and seen at least two heads roll in a hasty reshuffle within the party's shadow cabinet.

The Bill, with its race-based elements, flies in the face of the DA's traditional opposition to racialised policy or legislation. The party's support of the Bill angered its liberal members, particularly former leader Tony Leon who said the apparent race-based approach to empowerment put the party at a "crossroads".

Mistake
On Friday, Helen Zille said the DA's vote was a mistake, due to a series of administrative errors, time constraints and misinformation.

"The long parliamentary recess intervened before the Bill went to the National Assembly and so we were unable to debate the implications of the Bill adequately in caucus; when it did come before caucus, on the day it was due to be debated and voted on in the house, the explanatory memorandum produced by our spokespeople was defective. To make matters worse, we had five minutes [literally] to consider seven different Bills."

She said the DA would propose amendments to the Bill in the next stage of the legislative process, at the National Council of Provinces (NCOP) and, if that failed, vote against the Bill.

"We will then also vote against the Bill when it returns to the National Assembly. We should have done this from the get-go because this Bill will harm rather than promote redress."

However, former DA stalwart and political commentator Gareth van Onselen said Zille's defence was disingenuous, pointing to a year long failure to engage with the Bill during which it was available for scrutiny.

"There can be no doubt this was not a matter of poor preparation at all, and Zille is being devious in saying so, it was a matter of profound ideological disagreement,?" he said in a scathing column in Business Day.

Van Onselen believes the members who voted for the Bill, particularly the DA representative on the labour committee Sej Motau, did so in full knowledge and support of the Bill's race-based element, and in ideological opposition to Zille and the party's traditional position.

In her newsletter Zille said the party's two representatives on the labour committee were "inadequately prepared" and their explanatory memorandum to the national caucus, on which basis it would have adopted a position, was "defective". But Van Onselen argued that "if you read the [parliamentary monitoring group] minutes, the two public representatives were not 'inadequately prepared' — they made numerous contributions — just they had the wrong position".

Following Zille retraction, Motou said on Friday: "All I will say is that I stand by the vote."

MP Sej Motau refused to speculate on Sunday on whether his move was linked to controversy about the party's position on employment equity, Sapa reported, saying only that he was pleased with his new position.

The DA have been on a concerted drive to win over potential black voters, trumpeting its support for black economic empowerment in a recent election campaign. However, Van Onselen pointed out the party knows it can never do so at the expense of its traditional supporters.

Political analyst Professor Adam Habib told Beeld newspaper he was sorry the DA had swung on the Bill. "Zille is shooting herself in the foot," he said adding that the leader had lost an opportunity to recreate the DA as a party for the new South Africa.

Political analyst Mzoxolo Mpolase said the party faced a conundrum when it came to employment equity. "The employment equity Bill, which mixes common sense practicalities for South Africa's labour moving forward, but mixed with the racial element, has meant that the DA effectively doesn’t know what to do," he told eNCA.