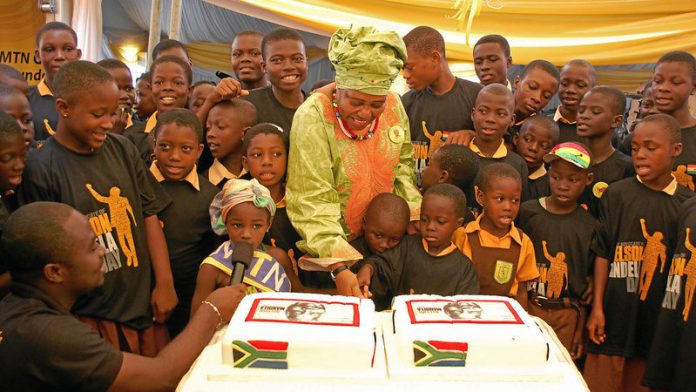 The government has sent a “highly confidential” letter to South Africa’s high commissioner in Ghana demanding explanations for a string of questionable leasing deals, including the alleged payment of $720 000 in advance rental on new embassy premises without the required authority or budget.

The letter also notes that, although the new lease was signed at the end of March, four months later the mission had not yet relocated.

“Why hasn’t the mission moved to the new chancery yet?” it demands of the high commissioner, Jeanette Ndhlovu.

A well-placed source said this week that the move has still not taken place: “The mission is still occupying the old building, which means double payment of rent.”

The letter instructs Ndhlovu to respond in writing to questions no later than August 9.

AmaBhungane asked her by email whether she had complied but no answer had been received by the time of going to print.

The letter, which was sent by Motshabi Modukanele, acting director of forensic auditing and risk management in the department of international relations and co-operation, was leaked to amaBhungane on August 1. It followed a special audit of the high commission’s finances.

“This is an internal investigation, conducted by us and we will not be giving timelines to external people [media],” he said.

Monyela stressed that internal auditing is part of the department’s duties.

“This is our own operation and we are the ones who discovered these things. This is [the department] making sure that people comply … I don’t know what the agenda of the person who leaked this document is.”

The department’s letter indicates that Ndhlovu terminated the lease on the existing chancery at the end of March. As of June, the high commission owed $169 400 in unpaid rent on that building.

The letter asks Ndhlovu to account for her signing of a four-year lease on new chancery premises at about the same time, and the subsequent down payment of $720 000 in rental for two of those years.

It points out that payment exceeded the chancery budget allocation by $384 280.

So many questions
The letter, which suggests that the old lease was terminated and the new one signed without the necessary approvals, asks:

• Whether the department of international relations and co-operation’s head office was informed of the plan to relocate;

• How many premises were viewed before the lease was signed;

• If the mission standing committee and bid adjudication committee recommended the new building;

• If the department’s chief financial officer approved the $720 000 payment;

• Why Ndhlovu, rather than the corporate services manager, personally signed the expenditure voucher; and

• Why the embassy attaché did not certify the voucher as correct.

The department also raises questions about Ndhlovu’s alleged use of Ghanaian lawyers to advise on the legality of terminating the existing lease, at a cost of $8 632.

It suggests that no budget existed for this, and asks whether the department’s legal section was consulted.

Internal and external audits
The department’s internal audit unit also picked up that the high commission made two advance rent payments of $54 000 to a certain Kojo Aduhene without a lease being signed. The payments were described as covering two years’ rental for officials of South Africa’s home affairs department.

“The mission was informed that the external auditors will be visiting at the beginning of December. But at head office, no one wants to tackle the matter,” said the source.

The woman behind the deal

Jeanette Ndhlovu, South Africa’s high commissioner in Accra, Ghana, is a member of the ANC’s exile elite, and played a prominent role in the struggle against apartheid abroad.

Before the internal audit of the Accra mission conducted by the department of international ­relations and cooperation in July this year, her diplomatic record seems to have been uncontroversial.

Born in Johannesburg in 1953, Ndhlovu went into exile after the Soweto students’ uprising of June 16 1976, joining the ANC underground. She lost her brother, Hastings Ndhlovu, shortly after the uprising.

Ndhlovu helped recruit for Umkhonto weSizwe, transporting students to Swaziland. In 1977 she moved to the United States, where she continued campaigning for the anti-apartheid movement while studying at the University of Missouri.

After graduating in political science, she obtained a second degree in public administration.

In 1987 she joined the ANC’s observer mission to the United Nations, becoming an important voice for the movement abroad.

Ndhlovu left the US in 1994 to join the management team at the newly established Independent Electoral Commission in South Africa. In September 2000, she was appointed South Africa’s

deputy permanent representative at the UN and, in 2004, she became South Africa’s consul general in Los Angeles.

She later returned to Africa, assuming the high commissioner’s position in Ghana.