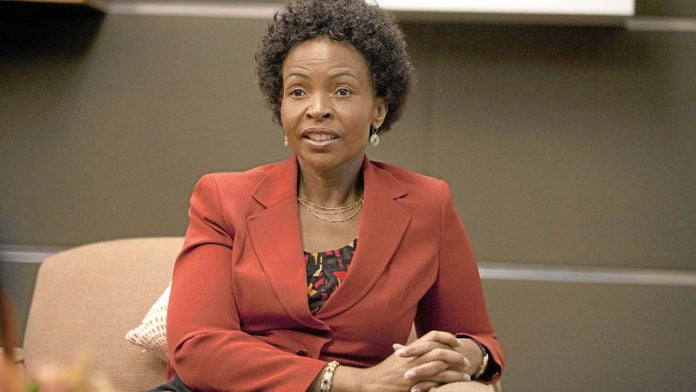 What has South Africa elected to measure itself against in terms of foreign policy?
Our foreign policy is fiercely independent; equally, South Africa does not have a declared enemy. We are the product of our own people's struggles supported by international solidarity. We champion the diplomacy of ubuntu, which basically champions humility. We are fiercely independent, speak our minds in defence of our foreign policy every time the need arises. We win more if we focus on building linkages through co-operation and collaboration, hence the change of the name from foreign affairs to international relations and co-operation.

How important is the African Great Lakes region to our foreign policy and economic development prospects?
If Africa were a body, the real heartbeat, the centre of that body, would be the Great Lakes. The region is endowed with minerals, has fertile land for agricultural purposes and holds immense potential to set Africa on a higher trajectory. The Congo River can provide half the energy needs of this continent. For the past four and half years, we've been working on signing the Grand Inga treaty. Those who know money say, by the time this mega hydroelectricity project is completed, it will be worth more than $100-billion. It's got the capacity to provide electricity to more than 600-million Africans out of a billion. Peace, security and development are very important to any continent, but you won't get development if there's no peace and security and you won't get peace and security if people don't see the peace dividends. We have to start interesting people in that area that there's more to life than just becoming mutineers and rebels. The message we're all sending is "Kwanele, enough is enough".

How aggressive are we in following up with commercial involvement in areas where we have spent significant effort on peace building such as Burundi and the Democratic Republic of Congo?
The new South Africa is 19 years old, but we're always confronted with this history of the 101-year-old political movement [ANC]. The 101-year-old grandfather wants to go around making peace everywhere. The 19-year-old has got to look at every aspect of a relationship, needs to be impatient, and say: "Hey, we need to make our people get the peace dividends." It's not about taking over the Congo, it's about establishing partnerships that will disinterest those people who think they can make a living by carrying guns in the bush. We say come out, earn a living because there's space for it.

South African companies need to be more aggressive, but we can do better if we are co-ordinated. This 19-year-old who's beginning to discover that there's no place overseas where we can go and make money, but that we can make money in our own neighbourhood, needs to move faster. We've moved beyond talking, we've established an economic diplomacy tool for our diplomats. Our White Paper on international relations says our diplomats must play an important role in advancing the cause of South African businesses beyond our borders and attracting investments in their respective countries of accreditation.

Are we shedding the image among other African countries that we are the new imperialists who use our strong economy to call the shots on the continent?

This is more of a public perception than reality. When we interact with sister countries on the continent, we are embraced as an equal partner. We don't throw our weight around and on many occasions we are invited to participate in activities of continental and regional organisations. We don't push ourselves into situations where our involvement is not desired. Having said that, we believe intra-African trade must be increased. In 2012, South Africa invested in the rest of Africa more than any other country in the world. Our priority remains the African agenda [because] South Africa cannot be an island of prosperity surrounded by a sea of underdevelopment.

A fresh war is erupting just across our borders in Mozambique. What do we say about that?
The people of Mozambique are sick and tired of war and in the recent past they have shown their resolve to consolidate peace and develop their economy. The Southern African Development Community (SADC)has demonstrated its resolve to step in where democracy and the rule of law come under threat. Political power must be obtained through the ballot, not the bullet. We will not be able to move forward with development if one person wakes up tomorrow and says I'm a rebel. That's why we can't tolerate what's going on in Mozambique. We urge both parties in that country to resolve any differences through inclusive dialogue.

How are we managing the shift from domination by Western partners to emerging powerhouses such as the Brics (Brazil, Russia, India, China and South Africa) group?
For us to do things, we need to ensure that we're not left behind. When we saw that there were shifts in global economic and political terms, that there was an intent to form what other people call minilateralists, we thought we should stand [and be] counted and be at the forefront of the formation of these minilateralists. They should serve the interests of the developing world. And now that these minilateralists have emerged as emerging powers, we stand counted among those. We are in the G20 and we formed the Ibsa [India, Brazil, South Africa] dialogue. When Bric – without an "s" – was started, we were not shy, we kept knocking at their door to emphasise that it's not complete without us.

Brics's focus is on a new approach to win-win economic development. It's pro-South, but not anti-North. It's about changing the prevalent global order, political and economic. It will also be talking to the reforms of global governance and financial institutions.

When we were given an opportunity to host the last Brics summit, it was the first time that a Brics summit also had an outreach programme. When African leaders are invited to other big forums in a retreat form, they go there for tea and coffee and to get an announcement that "we'll build so many schools and so many clinics". This time around it was a proper engagement where African leaders who represented regions had a meeting prior to the retreat, where they brought their own plans to say we're about integration of our economy and of our infrastructure. We've got our own road map here and it's called Nepad [New Partnership for Africa's Development]. It wasn't like a schoolmaster-matriculant kind of an engagement. That was quite historic in a sense that [Brics] met on African soil for the first time in South Africa, but also that African leaders came there feeling respected, and they spoke for their regions.

Are we taking a far harsher stance against Israel in its continuing conflict with Palestine?
South Africa is in support of all international efforts aimed at brokering a just resolution to the Israeli-Palestine conflict. In doing so, South Africa has voiced its support at multi­lateral forums such as the United Nations, the AU and other groupings to request for all parties to the conflict to negotiate in good faith in order to reach a permanent and just solution. South Africa agrees with the international community that the continued illegal occupation of Palestinian territory is an obstacle to negotiations for peace and contrary to international law because it puts facts on the ground in a territory that is not recognised as Israeli land. This view is articulated in all interactions with the Israeli government.