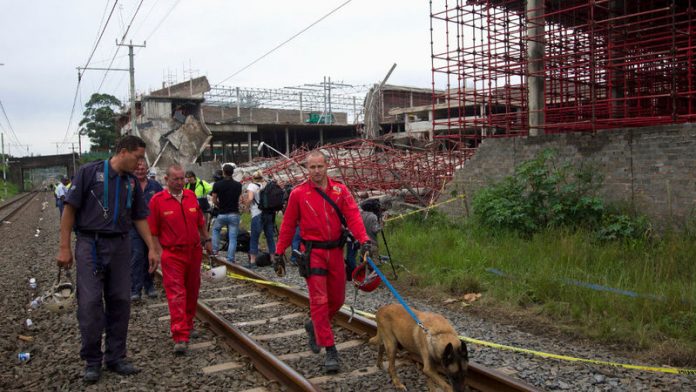 Rescue workers have called off the search for survivors at the collapsed building site in Tongaat, KwaZulu-Natal, believing there are no more trapped construction workers beneath the half-built shopping mall.

One person was killed and dozens injured in Tuesday's collapse of the three-storey building in Tongaat, 30km north of Durban.

"The entire operation has been stopped and handed over to the department of labour," police spokesperson Mandy Govender told reporters at the site.

Initial reports suggested as many as 50 workers might be trapped under the rubble, but rescue officials working through the night with sniffer dogs recovered only one body and discovered no survivors.

Cause
The cause of the collapse remains unclear. District mayor James Nxumalo said local authorities had obtained a series of court injunctions, the latest on November 14, to halt construction.

The owner of the site has been identified as a South African businessperson who is well-known in Durban.

The accident could damage the ruling ANC as it moves toward an election next year if safety regulations are found to have been flouted, because of widespread perceptions of incompetence and corruption in local government.

Durban and the surrounding province of KwaZulu-Natal are also the home of President Jacob Zuma and the region has enjoyed a construction boom in the past few years, based in part on government investment.

Of the 29 people injured, two are in a critical condition in hospital, according to health officials.

The ANC is expected to win an election in April or May next year, but its share of the vote is likely to decrease as young, post-apartheid South Africans with no knowledge of white-minority rule come of age. – Reuters

Slice of life: The powers of crocodile meat