Movie of the week: Finding The One, again 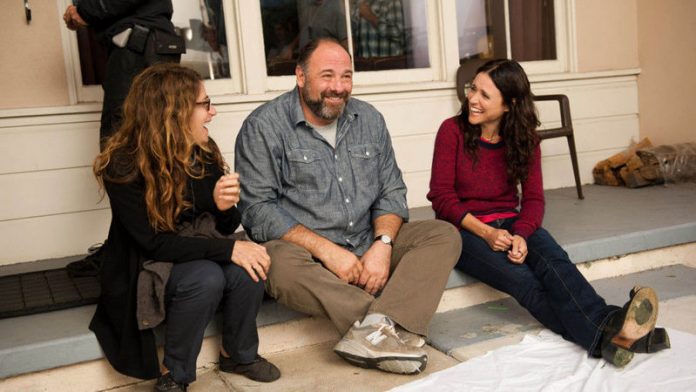 As Etta James might say: At last. A romantic comedy that is romantic and funny and not simply an insult to the intelligence of all carbon-based life forms. Nicole Holofcener's Enough Said is a step up for this director, in whose previous work I have sometimes heard a few false notes – inaudible, I should confess, to many others.

In this movie, she has created a thoroughly likable and genuinely funny film and its stars, Julia Louis-Dreyfus and the late James Gandolfini, are a revelation, singly and together. Like their director, they unassumingly but decidedly took it to the next level on this movie. The fact that Gandolfini still had so much to offer as an actor is desperately sad.

Enough Said is about what love means in middle age and what it means to decide that some other divorced person is The One, or rather The New One, when the rational side of you knows that this person must surely be culpable, at least in part, for the death of their previous relationship. They must have awful habits that sank the first marriage – habits that will only become clear once you have made a commitment to them.

By the same token, you too must have relationship-killing tendencies. Is the triumph of hope over experience a viable thing to wish for, the second time around?

Louis-Dreyfus plays a physiotherapist called Eva and Gandolfini is Albert. They meet at a swanky party and there is a connection: both are divorced and facing the same kind of loneliness; each lives with a grown-up daughter who is about to leave home for college. But the comic frisson that sparks the film into life is something that predates this scenario: it' s the initial hallucination or optical illusion … when Elaine Benes met Tony Soprano!

Holofcener is clearly aware of the baggage these actors bring to the movie, and even playfully pre-empts and undermines our expectations by making Albert an archivist in an audiovisual library of TV classics. He supervises a viewing area where people watch TV gems on video with headphones.

Albert can recite what was on TV on any given day in the 1970s but says, tongue in cheek, that he is not interested in contemporary TV.

In fact, Enough Said's great second-act plot development has a Seinfeldian ingenuity, and the comic discomfort surrounding a vocal tic is something Jerry Seinfeld or Larry David might have been proud to have written. In a scene pointing out this tic, Louis-Dreyfus is very funny – with all of Elaine' s satirically wide-eyed astonishment and incredulity and theatrically suppressed laughter, but with a new undertow of sadness.

As for Gandolfini, he only becomes Sopranoesque – with that menacing deadness of eye – at a dark stage towards the end. The rest of the time he is quite different, and Enough Said brings home how much other directors have been in thrall to his small-screen mobster creation.

Even Gandolfini' s performance in Andrew Dominik' s Killing Them Softly, opposite Brad Pitt, though a great piece of work, was an obvious Soprano variation. But here he seems reserved, droll, self-deprecating, a thoughtful and even cerebral figure. That trademark Gandolfini mannerism, the laborious nasal wheezing, is almost entirely absent, though Holofcener cleverly alludes to it in a bed scene.

After Nora Ephron, it hasn' t been clear who will take over the grown-up romcom mantle: Nancy Meyers has looked far too escapist, with lovelorn fantasies that seem to exist only for the smugly wealthy. With Enough Said, it looks like Holofcener is a contender. This film is a smart and winning story about what is involved in the painful re-illusionment of middle-aged love. – © Guardian News & Media 2013

The makers of "Long Walk to Freedom" have made a highly watchable film of Nelson Mandela's life story while remaining faithful to the facts.
Read more
Friday

Shades of grey on open seas

Steve Jobs died two years ago this month. They should have waited a few more years before releasing Jobs.
Read more
Friday

Movie of the week: The all-consuming rage in ‘Prisoners’

Hugh Jackman finally gets a movie to sink his claws into. In "Prisoners", he plays Keller Dover, the archetypal patriarch.
Read more
Friday

Steven Soderbergh's Behind the Candelabra is about the love match between the pianist Liberace and his bisexual young companion Scott Thorson.
Read more
Friday

This is the story of the little movie that could have done better. What The English Teacher gets right is the tone and style of the indie sleeper.
Read more
Advertising