The nomad who lived in voices of others 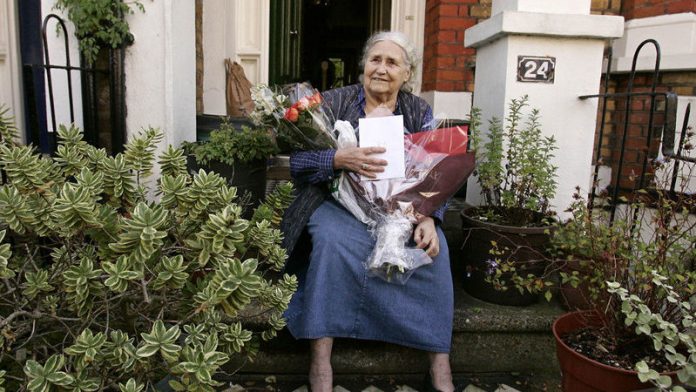 Doris Lessing, who has died aged 94, was one of the major fiction writers of the second half of the 20th century and one of the most vividly representative literary figures of our times. She stood for what it meant to be a writer throughout that long, noisy "now".

She lived through some momentous transformations of her own vocation, from communist social realist to reluctant feminist, to Sufi seeker, to Cassandra, to self-appointed cosmic anthropologist.

Her broad brow and steady gaze graced thousands of interviews and profiles. She talked with shrewd mockery about our fascination with artists' lives &ndash; "they are our alter egos, because they are seen as free".

But then again (in a 1987 polemic, Prisons We Choose to Live Inside), she wrote: "I see writers in every country, as a unity, almost like an organism, which has been evolved by society as a means of examining itself."

And anyway Lessing was a nomad. She allowed herself to be inconsistent &ndash; obsessive, humble, brilliant, banal, serene, truthful, teasing by turns.

In the mid-1980s she perpetrated a hoax on her publishers Jonathan Cape, submitting a manuscript under the name Jane Somers, which they promptly rejected (The Diary of a Good Neighbour by Jane Somers was eventually published by Michael Joseph). This, she argued, showed what's in a name.

But, in fact, one could read this maverick gesture in quite another way &ndash; that Lessing spoke compulsively by now in tongues, in other people's voices, and it was the dialogue between them that was the most fascinating thing. This restless power of self-invention may prove to have been her most distinctive quality.

She was from the beginning a short-story writer and novelist of formidable originality &ndash; The Grass Is Singing (1950), the Children of Violence sequence (1952-1969), many of the short stories set in Africa (This Was the Old Chief's Country, 1951) and above all The Golden Notebook (1962) are 20th-century classics.

The science-fiction series Canopus in Argos (1979-1983) was a post-imperial allegory with disconcertingly timely mental maps. One-offs such as The Memoirs of a Survivor (1974), The Good Terrorist (1985) and Love, Again (1996), so different from each other, revealed her enduring fascination with literary experiment.

And yet the story behind Lessing's oeuvre remained riveting. She herself seemed open to change &ndash; not only creating characters to populate the times with symbols, but also being one herself, as if the very business of putting pen to paper had become a confidence trick. She was always losing old readers, gaining new ones, regaining others.

When she wrote her autobiography, in the 1990s, she was walking a tightrope: "We're all made up of different souls, but one person writes this book … somebody standing back, amused or appalled, but it's the same voice."

Some critics felt they had at last caught her out, particularly members of the left she had left behind.

Born Doris Tayler in Tehran, the capital of what is now Iran, she had a lot of practice in moving on. Her father, a captain in the World War I, had met her mother while she was a nurse and he was recovering from having a leg amputated; he then became a clerk with the Imperial Bank of Persia.

In Alfred and Emily (2008), Lessing imagined different outcomes for them. When she was five, after the family had returned to Britain, they set off to farm maize in Southern Rhodesia (now Zimbabwe). This supplied her with a "myth country".

She wrote marvellously about their mud house, about her father's dreams, her mother's deluded expectations of elegant living. Mother was the ambitious one, and it was in order to disappoint her that Doris left school at 14, went off to the capital Salisbury (now Harare) and married young in 1939.

But when, suddenly, with the World War II, British servicemen and European refugees turned up, she discovered a world she had known only through books.

Lessing and her first husband, Frank Wisdom, were divorced in 1943 (their children, John and Jean, stayed with their father) and, fired with political passion, she became a member of a communist group whose leading light, a German-Jewish refugee, Gottfried Lessing, she married in 1945. In 1949 they divorced, and she left for London with their son, Peter.

Contemporary English writing, she announced, was "small, well-shaped and with too much left out".

The books pages greeted The Grass Is Singing and its author with excitement and respect. She had brought colour to grey postwar London. The Daily Graphic chose her as their first "book find of the month" &ndash; "£20 in her handbag &ndash; and a manuscript in her suitcase" &ndash; and described her as "a dark, placid young woman of 30, of slow grace and deliberation".

Lessing fell on the theatre, music, museums, but in other ways found London flattened, people's energies leeched away by rationing and having to cope. She would later (In Pursuit of the English, 1960) describe it as a shaken, see-through city.

The flats and houses in which she lived were stopping-off points for fellow members of the Campaign for Nuclear Disarmament (CND), African political exiles, wandering ex-communists. And she would soon find herself playing "house mother to teenagers looking for alternative families".

The pivotal literary event of the end of the 1950s was writing The Golden Notebook, the most formally compelling novel she would ever produce.

Instead of living stoically with her "contradictions", she broke ranks to explore the creative possibilities of disintegration: mental illness, political apostasy, the sex war and the cold war between generations.

She was, initially, disappointed that different groups of readers only "saw" one of the books in the book &ndash; generally the one about women, or the one about madness &ndash; when she had battered them into unity. This was the beginning of a new kind of response to her fiction, and she had trouble reconciling herself to it, but gradually she entered into a more democratic dialogue with her readers.

Some were appalled by her new nakedness. In Vogue, the magazine's former features editor, Siriol Hugh-Jones, deplored the way women novelists were deserting discretion and good humour. Iris Murdoch and Muriel Spark were bad enough, but Lessing was the worst. The Golden Notebook was "dismal, drab, embarrassing, sodden with a particularly useless form of self-pity". Hugh-Jones was certain that women should reconcile themselves to the real world and obey the rules about plausible plotting and round characters.

However, in the 1960s Lessing became a bestseller throughout the English-speaking world precisely because she cracked the glaze. She had exposed her private self &ndash; her love affair with the Czech ex-communist she calls "Jack" in the autobio-graphy, a psychiatrist at the Maudsley hospital in London whose family had died in the gas chambers, and her shared excursion into craziness with the American writer Clancy Sigal.

Sigal described years later what it felt like to be "raw material": "I told her she had to stop writing about me, or rather 'Saul Green', the macho American she had extracted from my rib. It wasn't right for her to use our moments of intimacy in her book. 'You can't do it!' I shouted. 'Oh, can't I?' she shouted back. 'Why not &ndash; it's my work, isn't it?'"

The main end of the punishing affair was to feed their writing.

So the work spilled into life, and Lessing became the kind of writer she described in her autobiography &ndash; "one who uses the processes of writing to find out what you think, and even who you are".

Her alternative reading list included RD Laing, Idries Shah, Buddhism, Zoroastrianism and the speculative fiction that would inspire her 1970s and 1980s novels. But did she believe in it? Not really. Commitment was one of the things from which she weaned herself away in the extraordinary self-transformation that was her "change", her mid-life crisis. She infuriated ex-CND friends by writing to the Guardian, saying people should build nuclear shelters, for instance.

In London, she shared a house in West Hampstead with Peter, and was always on the move, travelling, talking, listening, looking. Her autobiographies had it both ways, as did she &ndash; "between the efficient young housewife of my first marriage and the rackety 'revolutionary' of 1943, 44, 45, there seems little connection".

"Even less between those two and the young woman who &ndash; still always in crowds of people who … were always on the move &ndash; was developing the habit of privacy, writing when she could … And yet we all know what the connection was: it is the sense of self, always the same."

Her two sons predeceased her, and she is survived by Jean and two granddaughters. &ndash; © Guardian News & Media 2013