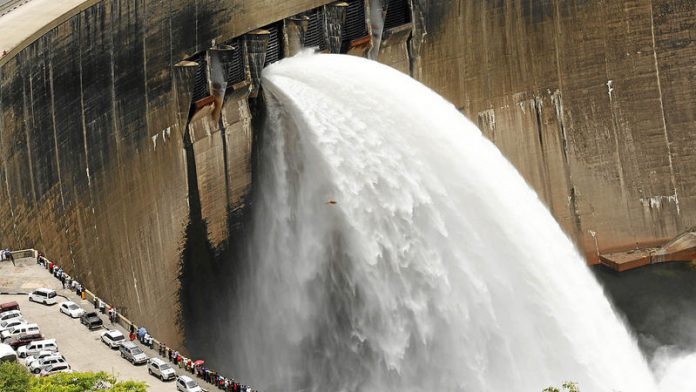 A piece by Lionel Faull in the Mail & Guardian ("Zuma blood thickens hydro scheme", November 1) described an alarming conflict of interest in the case of a large hydroelectric dam proposed for construction in Mozambique.

The characters in this story were none other than the presidents of South Africa and Mozambique: Jacob Zuma is reportedly lending his support for the construction of the dam (despite his son Saady being employed as a lobbyist by the dam consortium) and Armando Guebuza is similarly reported to be lending his weight to support the dam's construction, despite holding an alleged stake in the private Mozambican partner in the dam works.

The conflicts of interest described in Faull's piece reach right to the top of the political institutions in South Africa and Mozambique. Yet their impact on the public interest goes well beyond frustration at the manner in which major political figures are potentially enriching themselves and their families.

The construction of large dams is controversial and complex work. It requires careful consideration, with meaningful input from multiple stakeholders.

The benefits are clear. Such dams provide the water and power essential to industrial development, economic growth and material improvement. But at the same time, the ecological changes wrought by their construction can entrench poverty and undermine the livelihoods of those reliant on a functioning river ecosystem.

Mphanda Nkuwa, the dam in question, is certainly controversial. Its construction downstream of large dams at Kariba and Cahora Bassa, on the Zambezi River, is expected to cost about $2.2-billion and produce 1 300MW of power. The project will provide temporary employment at the dam site and is expected to improve Mozambique's balance of payments through the regional sale of electricity.

Yet the dam will have problems. The reservoir created by the dam's 103m wall will require the resettlement of about 1 400 households. This is an incredibly difficult task. International experience and previous such efforts in Mozambique have largely left people worse off after resettlement.

Problems continue downstream, where about 200 000 people will have their livelihoods affected by twice-daily fluctuations in the river level as water is released to meet increased electricity demand during peak hours. At 1.5m in height, these fluctuations will render vegetable cultivation at the river's edge impossible. Subsistence-based households will suffer. In the delta and at the river mouth, reductions in the variation of the river's seasonal outflow will affect shrimp development cycles, generating losses estimated at $10-million a year.

Considering these costs and benefits, it should be noted that a commission was set up in 1997 to research the social, ecological and economic impacts of large dams, with the precise aim of addressing such challenges. The World Commission on Dams was headed by Kader Asmal, under the patronage of Nelson Mandela, and its findings included 10 guidelines on the construction of new large dams. South Africa embraced all the guidelines.

In this light, Mphanda Nkuwa is extremely troubling. Plans for the dam fail to meet the commission's guidelines. No rigorous assessment of alternative energy options was made, though reports from civil society show that there are many options. Social and environmental issues resulting from existing dams have not been addressed. Resettlement plans for the 1 400 households are unclear, and households living downstream are excluded from any compensation.

Finally, rather than being conducted in an open, participatory way, the decision-making on the dam has been marked by obfuscation and outright exclusion from negotiations. The information made available is contradictory and thin.

Mphanda Nkuwa could not be built in South Africa: it does not meet the guidelines of the World Commission on Dams. For this reason, the World Bank has refused funding for the project.

It is alarming to hear that the presidents of South Africa and Mozambique could be abusing their positions of power to enrich themselves and their family members, but the real tragedy is that such self-enrichment should happen at the expense of lives and livelihoods in rural Mozambique.

Frustratingly, Eskom is the sole utility capable of guaranteeing the purchase of electricity from Mphanda Nkuwa and thus is in a position to set the terms of its construction. Eskom could demand that Mozambique ensure the dam is built according to the guidelines of the commission – as would be the case in South Africa.

That would ensure that South Africans get their electricity from sources that don't entail the impoverishment of rural Mozambicans. It would exert a democratic influence in the region by insisting that decisions about the dam be made in open and participatory ways.

South Africa is seen as a world leader in legislation and rights to do with water. It was the first country to contextualise the World Commission on Dams report with a multi-stakeholder process involving the department of water affairs, Eskom, dam builders, affected communities and other stakeholders.

This remarkable achievement was meant to ensure that South Africa engages in the exploitation of its rivers in a manner that is beneficial to all. Its position in the region means it could encourage similar principles across the continent, but reports such as the M&G's suggest that such lofty goals are being superseded by personal enrichment.

James Morrissey is a researcher at Oxford University and a member of  the NGO Justiça Ambiental.