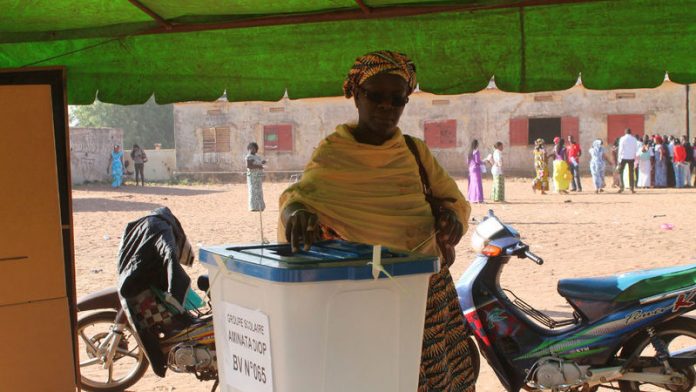 Malians voted on Sunday in parliamentary elections intended to cap the troubled west African nation's return to democracy but was overshadowed by the threat of Islamist reprisals.

The polls mark Mali's first steps to recovery after it was plunged into chaos by a military coup in March last year, finalising a process begun with the election of its first post-conflict president in August.

Some 6.5-million Malians are eligible to cast ballots for a new national assembly, with more than 1 000 candidates running for 147 seats – but turnout initially looked weak in the capital Bamako, according to an Agence France-Presse correspondent.

"I see … that there are not many people here – the candidates weren't able to mobilise – but I hope that in the afternoon there will be more people," said Oumou Sawadogo, a voter at a polling station set up in a school.

In another voting centre, Boubacar Tembely said he had come to vote despite feeling bitter about how little progress has been made in Mali.

"The politicians are all the same. I left my ballot blank as a protest to them," he said.

Upsurge in violence
Voting takes place amid an upsurge in violence by al-Qaeda-linked rebels who stalk the vast northern desert, an ever-present danger to French and African troops who are tasked with providing security for the election alongside the Malian army.

French security forces witnessed their first attack in the capital Bamako on Friday, when a police officer working with the army was lucky to escape serious injury after a gunman believed to be influenced by Islamists opened fire on him.

A day earlier militants had shelled the northern city of Gao, and although their rockets fell harmlessly short of the main urban centre, the attack underlined the continuing security threat.

Al-Qaeda-linked insurgents ousted by French and African troops in January from the northern towns they had occupied last year resumed their deadly insurgency on September 28, after a lull of several months.

Since then, a dozen civilians as well as Malian and Chadian soldiers in the United Nations' Minusma peacekeeping mission have been killed in the country's vast desert north.

In a grisly reminder for the West of the ongoing security crisis, al-Qaeda in the Islamic Maghreb on November 2 kidnapped and shot dead two French radio journalists who had come to Kidal, the capital of the region, 1 500 kilometres northeast of Bamako.

UN peacekeepers, the Malian army and French troops are tasked with ensuring voters' safety in the region, the stronghold of the National Movement for the Liberation of Azawad (MNLA).

Malians are voting for a new parliament following the 2012 coup that toppled democratically elected president Amadou Toumani Touré and created an opening that allowed the MNLA and groups allied to Al-Qaeda to seize northern Mali.

A UN peacekeeping mission expected eventually to number more than 12 000 troops is charged with ensuring security as Mali rebuilds, allowing France to withdraw all but 1 000 of the 4 500 troops it sent to its former colony.

The three-week election campaign never caught fire in Mali, and analysts are predicting a lower turnout than the 50% achieved in the presidential election won by former prime minister Ibrahim Boubacar Keita, known widely as IBK.

Ethnic tensions
The ruling Rally for Mali party has vowed to deliver "a comfortable majority" to smoothe the way for the reforms Keita plans to put in place to rebuild Mali's stagnant economy and soothe simmering ethnic tensions in the north.

In the central town of Kati, the headquarters of the junta, turnout looked as weak as in Bamako.

A student who gave her name as Nafissatou said she voted for Keita in August but had decided to cast her ballot for the opposition this time around.

"IBK could not settle the matter of the north. I'm disappointed," she said.

The election will be supervised by hundreds of Malian and international observers, including a European Union mission and a 100-strong team from the Ecowas regional bloc.

A second round will take place on December 15 if no party is able to form a government following Sunday's vote. – AFP