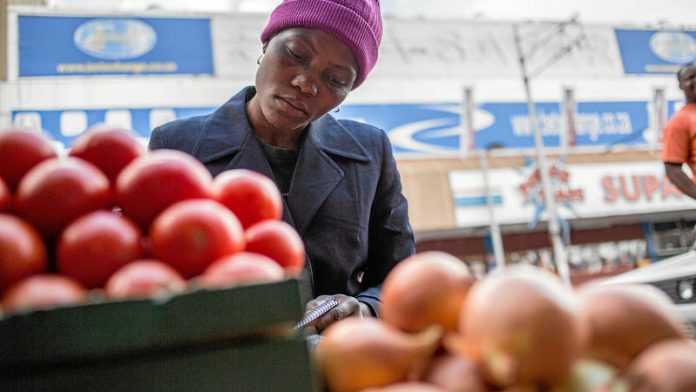 Johannesburg high court Judge Ramarumo Monama reserved judgment in the urgent application brought by Johannesburg street vendors who want to be reinstated back to trade in the city.

Judge Monama did not say when the judgment will be issued.

SAITF and over 1 000 traders launched an urgent application  on November 19 seeking an order that they be permitted to trade in a manner consistent with sections nine and ten 0 of the City’s informal trading by-laws and at locations occupied immediately before their removal. However, the matter was postponed to today after the city filed an intention to oppose the application.

The traders also want the City to be directed to re-erect the trading stalls removed during its "Operation Clean Sweep" or alternatively be permitted to trade on the sites where those stalls previously stood.

'No urgency'
However, the city argues that there is no urgency in the matter as the traders had all the time to file their application as early as November 4 when they realised the City had allegedly acted in bad faith by not proving them with alternative places of trading.

"The traders had the whole month to bring this matter to court but they chose not to. The applicants [traders] argue that they are suffering hardships by their continued denial to trade in the street. We submit that their hardship should not be treated differently to that of workers who are dismissed in mass. They will get their remedy in the normal course of court action than bringing an urgent application," submitted Malindi in court today.

Kennedy and Georgiades narrated the suffering of the traders who are being denied the right to earn a living and added that the city was in contravention of its own informal trading by-laws.

Kennedy argued that where the City believed that there has been a contravention of the informal trading by-laws and wanted to remove a trader or group of traders, or impound goods, they  were expected to provide written notice of the contravention to each trader and give them two days to cure the contravention.

Inspection
Judge Monama noted that the matter was very serious and suggested that there could possible be a need for an inspection in loco. He however reserved judgment.

For over seven weeks now, the City of Johannesburg has been refusing to allow over 6 000 hawkers to trade on the street of Johannesburg. This is part of operation ‘"clean sweep" which the city says is meant to target both crime and grime.

Meanwhile, over 300 chanting and singing hawkers assembled outside the gates of the court waiting to hear the judgment, only to be told they would have to wait until the judge makes a decision to know their fate.

Workers and Socialist Party (Wasp) spokesperson Mametlwe Sebei, one of the organisers of the street traders, said the court action was just one of the "sites of struggle".

"We will wait for the courts to make a decision but we will not suspend mass action on the ground," Sebei said on the sidelines of the court action.