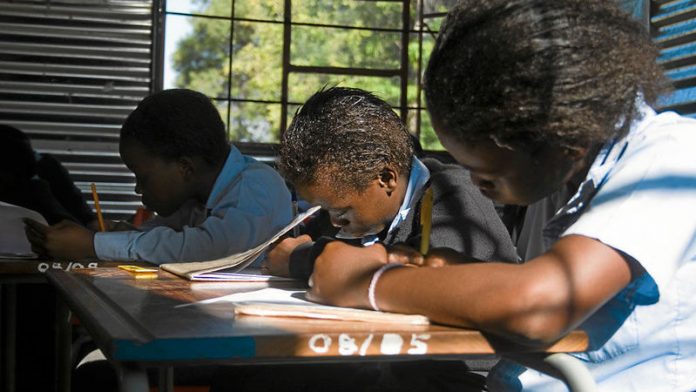 The basic education department will consider excluding a question about baby rape from a matric exam paper.

"To ensure that no candidate has been negatively affected, the department will mark a sample of the scripts of learners from all nine provinces … to establish any possible disadvantage to the candidates," the department said in a statement on Wednesday.

This was after media reports that pupils, teachers, and parents were upset by a question that asked pupils how best to dramatically represent the rape of a baby, symbolically using a loaf of bread and a broomstick.

"If there is evidence that candidates have been affected by this question, the question will be excluded from the question paper and the marking guidelines will be adjusted accordingly," the department said.

The exam question was about Lara Foot Newton's play Tshepang, based on real events.

The purpose of the question was to assess pupils' understanding of the concept of "action metaphor".

"The horror and aversion the audience feels is achieved without resorting to an actual rape.

" … Nowhere is it expected of the candidate to have to literally describe the actual act of raping a nine-month-old baby."

The examiners and moderators responsible for the exam question were within the prescripts of the curriculum, the department said.

"Further, grade 12 learners are young adults who are fully aware of the social issues confronting our country, and dramatic arts … are powerful vehicles for creating social awareness and education to societal issues that need to be addressed to bring about change."

The internal moderator said the pupils were expected to explain how the symbols of the broomstick and bread could be used to make an audience feel the horror of child rape, using props, lighting, sound and stage directions.

"[The question] is valid and fair because the rape of babies is a relevant societal issue."

The Witness reported on Wednesday that parents, pupils, and teachers intended complaining to the department over the question, asking that all pupils be awarded the 15 marks allocated to it.

The memo for marking the exam was expected to be discussed at a meeting in Pretoria on Wednesday.

Baby Tshepang, as she became known, was raped in the Northern Cape when she was 11 months old in 2001. She had to have extensive reconstructive surgery as a result of the attack. – Sapa

Matric results may be withheld if rewrite decision is set aside