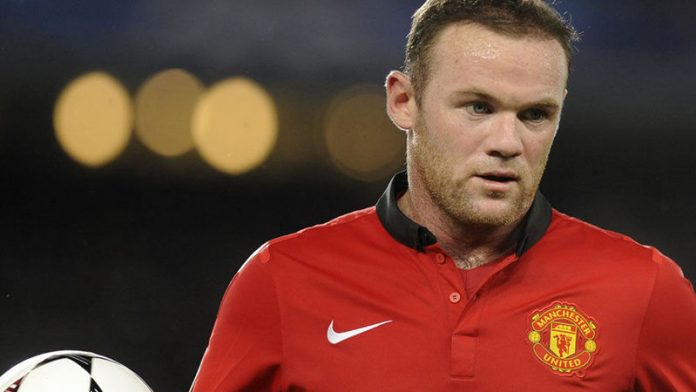 Manchester United manager David Moyes says he knows of no immediate plans to reward Wayne Rooney's fine form with the offer of a new contract.

Rooney scored a brace as United twice came from behind to draw 2-2 at Tottenham Hotspur in the Premier League on Sunday – his ninth and 10th goals in all competitions this season.

The England striker was reportedly on the verge of leaving Old Trafford during the close season but has since rediscovered his best form to keep United within touching distance of most of the early-season pace-setters.

The 28-year-old's current contract is due to expire at the end of next season but Moyes says there is no pressing need to tie him to a new deal.

Asked when the club might look to open discussions with Rooney over his contract situation, Moyes replied: "I don't really know.

"I think we're fine, we're just moving on from the summer. It'll get done in good course and the appropriate people will talk when the time's right."

A groin injury to Robin van Persie has obliged Moyes to recalibrate his attack in United's last three games.

Van Persie's condition
Rooney played alongside Javier Hernandez in last weekend's 2-2 draw at Cardiff City but he was fielded as a lone striker in both the 5-0 Champions League win at Bayer Leverkusen in mid-week and the draw at White Hart Lane.

Moyes was not able to offer an update on Van Persie's condition after the game at Spurs, meaning that Rooney could be asked to lead the line alone again when his former club Everton visit United on Wednesday.

The defending champions also have concerns in central midfield.

With Michael Carrick injured and Ryan Giggs rested, Tom Cleverley was paired with Phil Jones against Spurs, but they struggled to give United a foothold in the game.

Moyes conceded that United had lacked control in that area of the pitch but he stood by the players he had selected.

"Recently the performances of Ryan Giggs and Michael Carrick [were important], so we were aware of that today [Sunday]," he said.

"We knew that could be somewhere where we [could have problems]. But we've got two England internationals and they're both fine young players. One's 21 and the other's about 24 now, so they're both good players."

'Very driven agenda'
Spurs manager Andre Villas-Boas was in spiky mood after the game, clashing with a newspaper journalist in his post-match press conference and accusing former owner Alan Sugar of pursuing a "very driven agenda" after he questioned the Portuguese's stewardship.

He also spoke out in defence of Spanish striker Roberto Soldado, who was replaced by Jermain Defoe in the 72nd minute after a fifth consecutive game without scoring.

"He works very hard for the team, he works his socks off," said Villas-Boas, whose side scored through a Kyle Walker free-kick and a stunning 20-yard shot by Sandro.

"Obviously for a striker, they live off goals. It's important for Soldado to find the back of the net.

"That's why we've been very, very patient with him and we'll continue to do just that."

Villas-Boas, who saw his team thrashed 6-0 at Manchester City in their previous league outing, also played down British media reports linking Defoe with a January move to a Major League Soccer club.

"He came on today to try to help the team. He's our top goal-scorer right now in all competitions, so he has my support and I'm willing to keep him for the future."

Spurs' next game is on Wednesday at London rivals Fulham, who on Sunday dismissed manager Martin Jol after a run of five successive defeats. – AFP