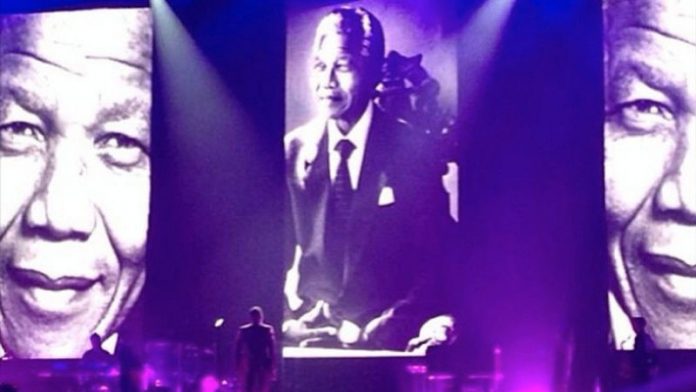 Even though it was a sold-out concert and he performed in front of a crowd constantly yearning for more, no one was more pleased to be at the Coca-Cola Dome in Johannesburg on Saturday than singer Maxwell.

"So many years of your listening has made me what I am today," said the Grammy award-winning singer-songwriter.

The show kicked off with Brenda Fassie's Black President and then he performed his 1996 hit Sumthin' Sumthin'.

The Johannesburg and Durban leg of Maxwell's South African tour has been dedicated to the late Nelson Mandela.

"I am dedicating my Johannesburg and Durban performances in honour of this great man," Maxwell said on Friday.

"I look forward to us all coming together to heal as one. Hamba kahle, Madiba."

Tribute to Mandela
Maxwell performed some of his biggest hits with the same wholesome delivery fans were hoping for. As he sang This Woman's Work, Stop the World, Lifetime, ‘Til the Cops Come Knockin', Fistful of Tears, Pretty Wings and Fire We Make, among others, Maxwell expressed excitement at being in the country.

As a special tribute to Mandela, his first speech as the president of South Africa was played along with an emotional rendition of Maxwell's Help Somebody from his 2009 album, BLACKsummers'night.

Maxwell ends his tour in Durban on Monday December 9 at Wavehouse, Gateway, Durban.

Here is what some tweeters thought of the show:

He couldn't believe the love he was getting from us. He was soooo happy. He didn't know what to do with himself #MaxwellSATour

@Poetikmiss We should actually just head to Durbz and watch him again (**, #MaxwellSATour what a performer!! My soul

And can we all just have a moment of silence for @_MAXWELL_ 's new song, ALL KIND. Can't wait to buy the album!!!WOW! #MaxwellSAtour