Trains and buses to transport mourners to Madiba memorial 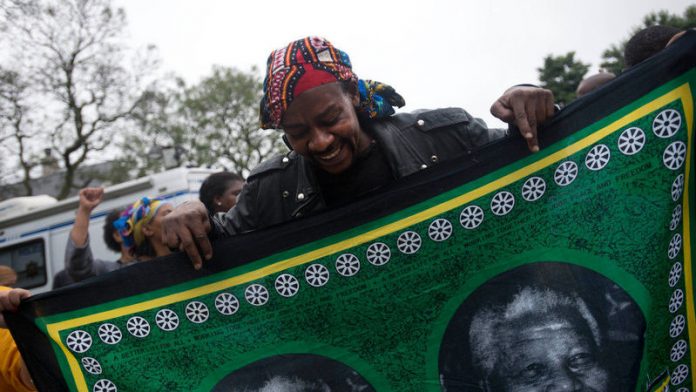 At least 41 trains will be transporting mourners to the memorial service of former president Nelson Mandela, Metrorail said on Sunday night.

The trains, which have the capacity to transport between 60 000 and 80 000 people from all over Gauteng, will be free of charge, it said in a statement.

"Metrorail will provide a safe, reliable, efficient and hassle-free transport service to thousands of mourners expected to attend the official memorial service to reflect on Madiba's life and his contribution to the world.

"Metrorail invites Gauteng residents to make use of the available trains to share in the sombre … occasion of the loss of the African jewel and rejoice in commemorating the legacy and life of our first democratically elected transformational leader."

Mandela died at his home in Houghton, Johannesburg, on Thursday night at the age of 95.

The memorial service will be held at the FNB Stadium on Tuesday at 11am. The train service will run from 5am. Metrorail said it would also transport passengers to the overflow venues – Ellis Park Stadium, Orlando Stadium and the Dobsonville Stadium.

No private cars
Autopax, a subsidiary of the Passenger Rail Agency of South Africa, has also made 300 buses available to transport dignitaries to the FNB Stadium.

Chief Superintendent Wayne Minnaar said on Sunday that roads in the vicinity of the stadium would be closed as from Monday at midnight.

The affected roads include Nasrec Road, Soweto Highway and Rand Show Road. "Because of the road closures, people are encouraged to make use of public transport," Minnaar said.

"Buses will also operate from Soweto, and there will also be Gautrain feeder buses from Rosebank and Sandton stations that will transport dignitaries to the Wanderers park and ride facility.

The roads will be reopened after the memorial service. – Sapa

The national coronavirus command council will meet next week to discuss ways it can clamp down on the increasing Covid-19 infections. This is after the cabinet met this week to express its concerns
Read more
Friday

The ANC has, until now, always rejected going to the International Monetary Fund, which underscores how bad our economic situation is
Read more
Advertising