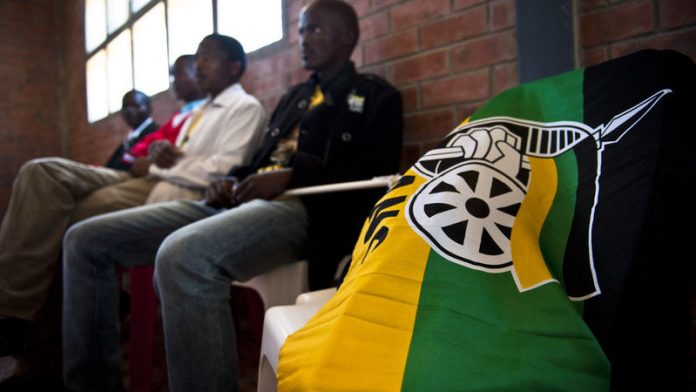 The event, organised by the party as a response to the call to honour Mandela in prayer throughout the country, was probably the largest gathering of its kind in the Eastern Cape. It featured most of the ANC's provincial executive committee members, as well as several religious figures of different faiths.

Coming to the party's defence, ANC subregional secretary Lulama Ngcukayithobi said that while people celebrated the life and times of Mandela, it was also important to remember that the ANC and its former president were intertwined even though the media narrative tried to separate the two. "If you see many people dressed in Jacob Zuma T-shirts, it is because people just want to associate who Nelson Mandela was," he said speaking outside the venue. "Mandela was also an ANC activist who represented the ANC to the best of his ability, so the members are inspired by that. It just shows you beyond any reasonable doubt that the two are intertwined even though the media and opposition parties have tried to disassociate the two."

Fezile Potwana, a member of the elective assembly of the Anglican Church of Southern Africa, said he was pleased the event was multi-denominational as Mandela was not associated with any one denomination. In his life, Mandela worked with people of every persuasion. "His spirit will be stronger now in death than it was when he was alive because now he is going to take his place among the pantheon of ancestors."

An ANC member from the OR Tambo region said the rally became the main provincial event of the day after a family prayer planned for Madiba's Qunu home failed to materialise as there were no family members to receive mourners at the house.

"The aim of the prayer is to talk to the family, but there are no family representatives available to receive people. Many family members are expected in Qunu during the course of this week," he said.

Praying for Mandela
The ANC also made its presence felt at other churches in Qunu where the call to pray for Madiba was heeded. ANC Qunu branch committee member Khumbuzile Matswana – who attended a church service at the Mqhekezweni Circuit Qunu Society, a Methodist church – said he came to celebrate Mandela's benevolence.

"Growing up near Qunu as a child after Tata's release from prison, I grew up witnessing his kindness," he said. "He would organise Christmas parties for the local children and he would give us clothes. He loved being among children. I'm also reminded of his courage and strength – he was firm about what was wrong and right. That's what gave me the strength to celebrate him in his home village."

An ANC flag bearer seated towards the front of the recently-built red-brick church building hoisted it in conjunction with every hymn sung. The sermon delivered by Sinawe Nkenkana focused quite heavily on life after death. An impassioned Nkenkana said the pain of losing Madiba was like a thorn inserted into the flesh underneath a toenail. But he added that death was not the end of life. "The train has passed but what remains are its tracks."

Nomvano Jongeni, one of the church's congregants said: "We would like to memorialise him like they are doing in Johannesburg and America, but we simply don't have the resources."

Outside the Qunu house on Sunday, a lone worshipper from the Shembe Church stood outside in white robes. The man, Michael Notyhanga, said he had come from nearby Mbashe to ask that the Nazarite Baptist Church be allowed to carry out the burial rituals. The man has several pictures of ANC members dressed in Shembe regalia, along with the deceased church leader Vimbeni Shembe at the church's biggest faction's headquarters in Ebuhleni, outside Durban. The pictures included Mandela, Zuma and Baleka Mbete, who was depicted being baptised in one of the pictures.