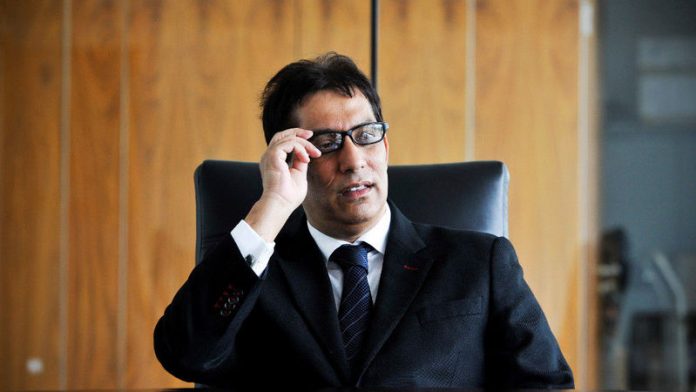 Staff at the Independent newspaper group have expressed their "deep anger and protest" at the dismissal of Alide Dasnois in a strongly worded letter circulated among employees.

"Although Dasnois was told three days ago not to return to work, staff have still not been officially informed of the reason for her sudden dismissal," the letter to Cape Times employees said.

Iqbal Survé, who is the executive chairperson of Sekunjalo Consortium, informed Dasnois of her removal on Friday. Sekunjalo is the controlling shareholder of Independent, which owns the Cape Times and other titles such as the Star in Gauteng.

The removal of Dasnois from office coincides with the newspaper publishing a front-page article on public protector Thuli Madonsela's finding that Fisheries Minister Tina Joemat-Pettersson was guilty of maladministration, as well as improper and unethical conduct in the irregular awarding of an R800-million tender to a Sekunjalo subsidiary to manage the state's fishery vessels.

"The staff's concern, from the sequence of events, is that the new owners of the newspaper, Sekunjalo Independent Media, are attempting to compromise the editorial independence of the Cape Times. If this is so, this is a direct threat to the standing and independence of this proud newspaper," the letter said.

Business as usual
Dasnois asked staff to continue with normal production of the newspaper as a sign of respect to Nelson Mandela. Cape Times staff indicated that they would respect Dasnois's wishes.

"We will be in discussion and decide on appropriate action for next week."

Meanwhile, editorial staff of the Star newspaper in Johannesburg have supported their Cape Town colleagues and expressed their concern at the sudden removal of Dasnois.

"We, as many readers and media colleagues have also done, have noted the timing of Dasnois' removal coincides with the Cape Times publication of a front page story, detailing the public protector's investigation into tenders awarded by the fisheries department to a company owned by Independent's Newspapers' owner, Iqbal Survé," the letter said.

"The Star staff holds our editorial independence above any other value in our work and in accordance with our code of conduct will defend ourselves against any influence from business, government or other parties."

The letter went on to quote Independent's code of conduct.

Staff have demanded answers to the following questions from Survé within 24 hours:

Survé has denied that Dasnois was axed from her position because the Cape Times ran a story on tender irregularities by Joemat-Pettersson.

Instead, he said "all editors have fiduciary responsibilities to ensure performance. I will not tolerate under performance of titles especially if it undercuts the papers ability to grow market share". This implies that Dasnois was axed for not meeting financial targets.

Sustainability plan
A source within the newspaper, who spoke to the Mail & Guardian on condition of anonymity, said: "It is directly in response to the story. Whether it is a long-term plan or not, we don't know. What sparked this was Friday's paper."

But Survé said, "The decision to make changes at the Cape Times is in line with our medium-term plans to ensure that Independent is competitive and ensures the sustainability of the business and the security of its employees."

He dismissed the negative reports as a "campaign of distortions" and a "sustained campaign to vilify me and INMSA [Independent News and Media SA]".

"The new plan for Independent's future is in the process of being rolled out and communicated to internal stakeholders. This process began at an internal workshop in Cape Town last Thursday, December 5, but this was unfortunately cut short by the news of [the] tragic death of Madiba," he said.

Alternative options
Survé said Dasnois was not fired but "offered various other positions in the company" and that he is still waiting for her response.

Abarder has left Primedia's Eyewitness News (EWN) to replace Dasnois. Primedia said on Monday that Abarder had "absconded from his position as EWN's news editor in Cape Town".

"However, on Friday evening, he wrote a late-night email to management, informing them that he was leaving with immediate effect and would not be returning to Primedia Broadcasting," the news organisation said.

Wits University professor Anton Harber said on Monday: "Dr Survé's one company is suing journalists from his other company. I've never seen anything so bizarre. Surely he has to find a more sensible way to deal with these differences."