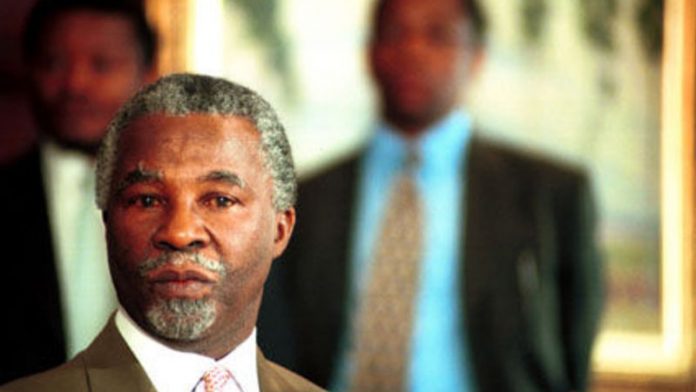 He was speaking during a memorial service for former president Nelson Mandela at the Calvary Methodist church in Midrand on Wednesday night.

"We are very worried that some among us say something terrible is going to happen now that Madiba is gone. All of us know why that is the case. Madiba has been associated with national reconciliation. This came across [to others] as Madiba's project only. They think that that vision belongs to Nelson Mandela and that when he depart, he will depart with it."

"But I think there is some explanation to be made. There is something to say about how the rest of us were involved and the rest of us are not going to allow this to happen because Madiba is gone. He was the representative of that vision. He represented an outstanding generation," said Mbeki.

Mbeki praised Mandela's generation for the "enormous" sacrifices they made for the betterment of the country.

In what might be construed as taking a swipe at President Jacob Zuma, Mbeki said leaders should uphold the value of serving the people rather than themselves.

"We must value that as commitment to principle. That we are in this [leadership positions] because we want to achieve a goal [of improving the lives of the people]," said Mbeki.

"The struggle we are faced with now is more complex [than before]. It is even difficult to see who is an enemy. I think because we are dealing with this complex situation, that's when we need to raise the level of leadership. Surely we can't lower the level of leadership [in the country]. Let us all own and make the legacy of Mandela our own. That way, we will never go wrong."

Zuma was booed at Mandela's national memorial service at the FNB Stadium on Tuesday by ordinary people who are frustrated by his leadership style.

Former director general in the presidency, Reverend Frank Chikane, said Madiba created a condition to make sure we change the country.

"We must make sure that what people made sacrifices for is never lost. When we look at Madiba's face, it must say what are we doing with the lives of the poor."

"The measurement of success is not the Frank Chikanes, it is the poorest of the poor. Look at the mirror of Madiba and ask is this what Madiba wanted? They are people who can't see themselves in the mirror. Some people are distorting Madiba's face," said Chikane.