Zuma ‘impressed’ by Venda women bowing down to him 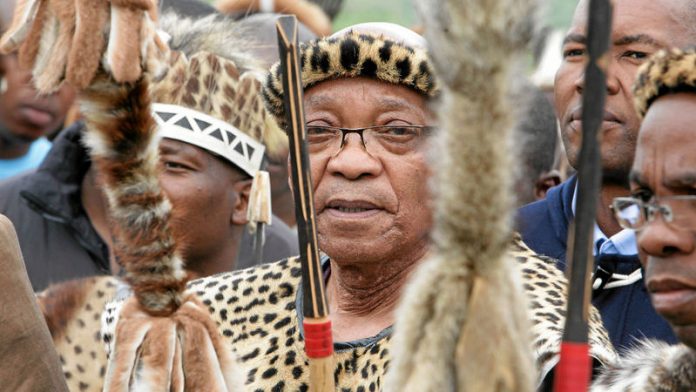 On Friday, the Mercury reported that President Jacob Zuma came under fire for making comments about Venda women that led to a gesture of "undermining their rights".

Talking to hundreds of people in Impendle in the Midlands earlier this week, Zuma addressed the concept of respect, saying people don't respect each other anymore.

The paper reported that Zuma was emphasising young women and men must exercise self-respect and respect for others.

"When I was in Venda recently I was so impressed to see how people there express respect for other people," he reportedly said. "A woman would clap her hands and even lie down to show respect … I was so impressed. If I was not already married to my wives I would go to Venda to look for a woman."

Phumla Ndende, a representative from an Eastern Cape-based support centre criticised the president, saying: "If you express respect in such a way that you even lie down it means you are scared of the person you are respecting."

"Even the practice of women kneeling in front of their husband is not acceptable. This means Zuma is over-expecting respect from women, which is a gesture of undermining their rights," Ndende said.

Previous gaffes
Zuma's reported remarks are the latest in a string of gaffes from him. In October Zuma addressed the 33rd Presbyterian Synod in Giyani, Limpopo, and said that those who challenge their leader will be cursed.

"If you don't respect those in leadership, if you don't respect authority, then you are bordering on a curse," said Zuma. "Whether we like it or not, God has made a connection between the government and the church. That's why he says you, as a church, should pray for it."

In August 2012, on Dali Tambo's talk show People of the South, while speaking about his daughter Duduzile's marriage to Lonwabo Sambudla, Zuma explained why single women are holding society back.

"I was also happy because I wouldn't want to stay with daughters who are not getting married. Because that in itself is a problem in society. I know that people today think being single is nice. It's actually not right. That's a distortion. You've got to have kids. Kids are important to a woman because they actually give an extra training to a woman, to be a mother," Zuma said.

Who could forget Zuma's peculiar take on democracy and how it relates to parliamentary process. During presidential question time in the National Assembly in September 2012, he reminded the DA's Lindiwe Mazibuko who was in charge.

"Sorry, we have more rights here because we are a majority. You have fewer rights because you are a minority. Absolutely, that's how democracy works. So, it is a question of accepting the rules within democracy and you must operate in them," Zuma said.

'Clever blacks'
And then there was the comment on "clever blacks" in November 2012 we can never let him forget. In the run-up to the ANC's elective conference in Mangaung, Zuma slammed black people "who become too clever", saying "they become the most eloquent in criticising themselves about their own traditions and everything".

"Because if you are not an African, you cannot be a white, then what are you? You don't know. You can't explain yourself. How then can you grow children?"

In December 2012, Zuma was at it again. He said in a speech delivered in KwaZulu-Natal that spending money on buying a dog, taking it to the vet and for walks belonged to white culture and was not the African way, which was to focus on the family.

There was a new generation of young Africans who were trying to adopt other lifestyles and even trying to look like others, he said. "Even if you apply any kind of lotion and straighten your hair you will never be white," Zuma said. – Additional reporting by Adrian Ephraim