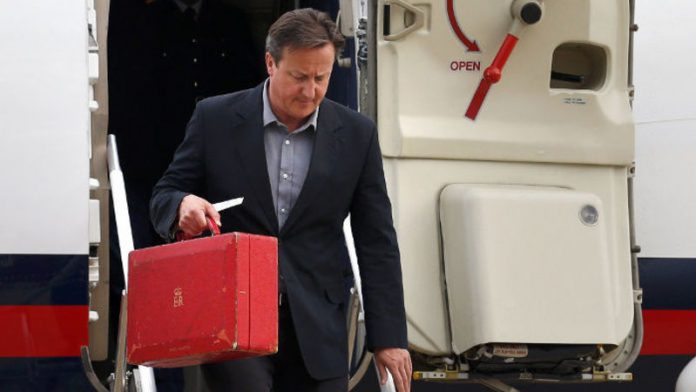 Plevneliev said it will damage London's global standing for the sake of short-term political gain. Cameron, trailing in the polls before a 2015 election, faces a threat from the UK Independence Party, which wants stricter immigrations controls and has been warning about large numbers of eastern Europeans coming to Britain in the New Year.

The British leader is rushing out regulations to stop European Union (EU) migrants being able to claim welfare benefits as soon as they arrive, addressing fears of an influx of Romanian and Bulgarian workers when EU restrictions on them end on January 1 2014. In an interview with the Observer newspaper on Sunday, Plevneliev said Cameron's immigration policies risked "a switch to isolation, nationalism and short-term political approaches".

"Isolating Britain and damaging Britain's reputation is not the right history to write," Plevneliev told the Observer. The Bulgarian president urged Britons to ignore negative headlines and look instead at academic studies, which suggest migrants have helped Britain's economy. A YouGov poll for the Sun tabloid newspaper this week showed that 72% of Britons wanted Cameron to limit immigration from other EU countries. Those in favour of tighter controls said they are worried about immigrants taking their jobs or straining public services, such as schools and healthcare.

On Wednesday, Cameron said he was bringing forward to January 1 a previously announced measure that will force EU migrants to wait three months before they can apply for benefits. Cameron said last month he eventually aims to restrict the relocation of migrants from poorer EU states to richer ones, saying EU membership confers only a qualified right to freedom of movement. That drew a strong rebuke from the European Commission.

Deputy Prime Minister Nick Clegg, whose Liberal Democrats share power with Cameron's Conservatives in a coalition, said curbing immigrant numbers would damage the economy. "Sticking a big no-entry sign on the cliffs of Dover may be politically popular, but at a huge economic cost," Clegg wrote in the Sunday Times newspaper.

In theory, citizens of the 28-nation EU have the right to live and work anywhere within it. But when Romania and Bulgaria, which are significantly poorer than the rest of the bloc, joined in 2007, nine EU countries imposed limits on this right for their citizens. Those limits expire on January 1. – Reuters