Snowden: Children born today will not know concept of privacy 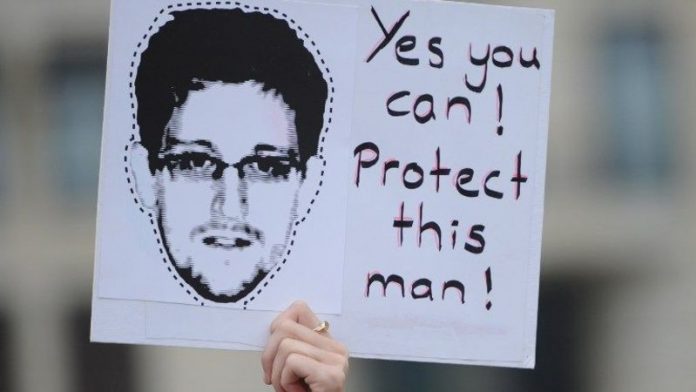 Former US National Security Agency contractor Edward Snowden, who revealed details of electronic surveillance by American and British spy services, warned of the dangers posed by a loss of privacy in a message broadcast to Britain on Christmas Day.

In a two-minute video recorded in Moscow, where Snowden has been granted temporary asylum, he spoke of concerns over surveillance in an age of huge technological advancement.

"We have sensors in our pockets that track us everywhere we go. Think about what this means for the privacy of the average person."

"A child born today will grow up with no conception of privacy at all," said Snowden. "They'll never know what it means to have a private moment to themselves, an unrecorded, unanalysed thought. And that's a problem because privacy matters, privacy is what allows us to determine who we are and who we want to be."

The "Alternative Christmas Message", broadcast annually on Britain's Channel 4 television since 1993, mimics the format of the yearly address to the nation by Queen Elizabeth.

Previous participants have included then President of Iran Mahmoud Ahmadinejad in 2008 and popular cartoon characters Marge and Lisa Simpson in 2004.

Personal accomplishment
On Tuesday, Snowden – who disclosed thousands of confidential documents – said in an interview published in the Washington Post that he had achieved what he set out to do.

"For me, in terms of personal satisfaction, the mission's already accomplished," he said.

Snowden left his NSA post in Hawaii in May and went public with his first revelations from Hong Kong a few weeks later.

In June, he left for Russia and stayed at Moscow's Sheremetyevo airport for nearly six weeks until the Kremlin granted him temporary one-year asylum.

The United States has revoked his passport and demanded he be sent home to face charges for stealing secrets.

Thawing attitudes
Earlier this month there were signs of thawing attitudes when Richard Ledgett – a top NSA official who leads a taskforce at the agency responding to the leaks – left open the option for Snowden to return to the United States in an amnesty.

"It's worth having a conversation about," he told CBS.

"I would need assurances that the remainder of the data could be secured and my bar for those assurances would be very high," Ledgett said. Senior officials in the Obama administration remain opposed to such a move.

Last week a White House-appointed panel proposed curbs on some key NSA surveillance operations, recommending limits on a programme to collect records of billions of telephone calls, and new tests before Washington spies on foreign leaders.

"The conversation occurring today will determine the amount of trust we can place both in the technology that surrounds us and the government that regulates it," Snowden said in the Christmas address.

"Together we can find a better balance, end mass surveillance and remind the government that if it really wants to know how we feel, asking is always cheaper than spying." – Reuters