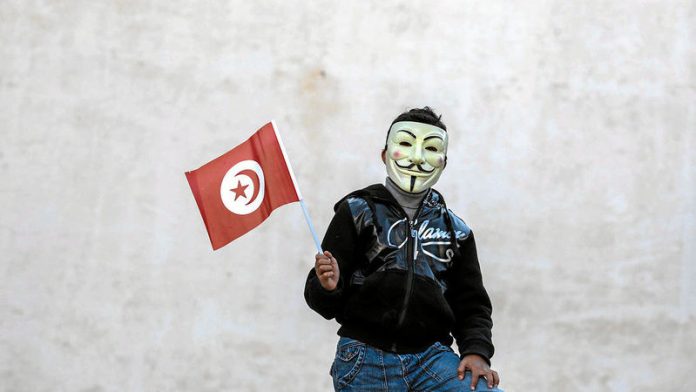 If countries such as Egypt, Libya and Syria have come to symbolise the barbarism and instability of the post-Arab Spring landscape, Tunisia remains a beacon of relative hope.

Yes, there has been bloodshed in the former fiefdom of Zine El Abidine Ben Ali, but on nothing like the scale of its neighbours. Instead, activists in the first country in the Middle East and North Africa to overthrow its dictator, in 2011, continue to cling on to terms such as "democratic transition" and "national dialogue" with rightful optimism.

Such words were very much in evidence this week when a drawn-out selection process led to Mehdi Jomaa becoming Tunisia's caretaker prime minister. The expectation is that the 52-year-old former industry minister will head an efficient Cabinet before a new constitution is agreed and elections are held by the end of 2014.

Jomaa is a settled father of five and extremely pragmatic. He does not belong to any political party and is well known for his calm approach to government. He is also an efficient communicator who knows about the need for PR in public life. His background in mechanical engineering and Western multinationals, including American Hutchinson Aerospace and French energy giant Total, mark him out as a secular technocrat who can do business with anyone.

More pertinently, Jomaa's job is to act as a counterbalance to the religious zealots trying to bring radical measures to a country desperate to modernise sensibly. Ben Ali's exit during the so-called Jasmine Revolution unleashed hardline, often foreign imams preaching hatred against the perceived enemies of Islam. They called for women's rights to be reversed, for example, and deemed many other aspects of liberal culture to be blasphemous.

Tunisia's ruling Islamic Ennahda party has, like the Muslim Brotherhood in Egypt, been accused of being too weak to stand up to the fanatics, many of whom draw inspiration from Saudi Wahhabism. As the economic situation has deteriorated, violence has broken out across Tunisia this year, with thousands demonstrating against those in power. Crisis points were reached with the assassinations of left-wing opposition leaders Chokri Belaid in February, and then Mohamed Brahmi in July.

The men's brutal deaths were seen as an indictment of a failed revolution, and many called for a new one. Unemployment and the cost of living are spiralling. Bitter disputes have troubled the troika of parties – Ennahda, Ettakatol and the Congress for the Republic – which have attempted to govern since elections in 2011. Ennahda has been unable to reconcile differences and had threatened to resign. There are fears that the party risks going the same way as its moderate Islamic counterparts in other countries in the Arab region.

The election in Egypt of the Muslim Brotherhood through the Freedom and Justice Party, following the country's own Arab Spring revolution, ended in dismal failure. Mohamed Morsi, the first democratically elected president in the nation's long history, is languishing in prison and faces trial for inciting violence and murder.

Whatever the rights and wrongs of Morsi's position, few consider his decision to grant himself unlimited powers a wise one. He did not stand up to the excesses of radical Islam or solve other major problems; instead, he set out single-handedly to "protect" Egypt from "the remnants of the old regime", and especially the all-powerful army. Mass protests sealed Morsi's demise, but it appears that moderate Islamic parties such as Ennahda in Tunisia have learned a great deal from Egypt.

Rather than risking a second revolution by increasing its own powers, Ennahda has eventually knuckled down to a consensus government. Months of political deadlock in Tunis were preceded by Ennahda insisting that sharia law should not form the basis of the new constitution. Tunisia will instead remain a secular country. Its commitment to human rights and enlightened government is personified by Moncef Marzouki, the physician who was elected president at the end of the Arab Spring year of 2011, and who has made considerable efforts to unite the nation.

Now Jomaa's know-how in attracting investment and managing budgets is what is being offered to try to end the crisis. He will use his skills as a negotiator to focus on dialogue between different political groups, with the aim of putting the economy back on track. Many have expressed concern over Jomaa's lack of interest in political infighting and, indeed, his inexperience in the field of security. Yet such apparent disadvantages may be entirely suited to a man who intends to continue Tunisia's quiet revolution through tact and expediency rather than violence. – © Guardian News & Media 2013

Nabila Ramdani is a journalist ­specialising in Anglo-French issues, Islamic affairs and the Arab world.