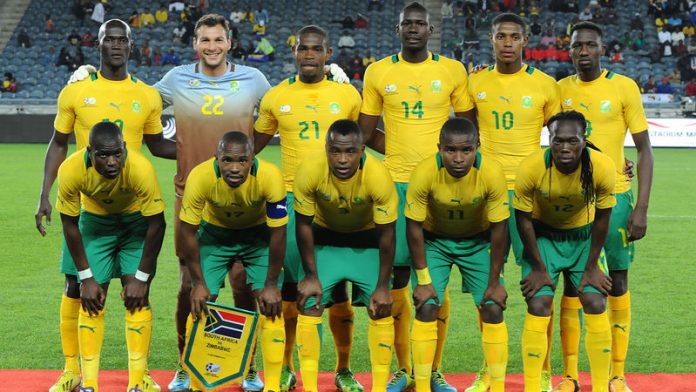 The national team arrived in Cape Town on Friday night to start their preparations for the tournament.

"It has been trying times over the last few weeks but I want to thank the teams for making this happen because it has been tough for all of us. Several meetings have been held and we now have the players we need for the tournament," said Igesund.

"We are very grateful and appreciate the support of everyone because it was not easy. I am glad because the national team belongs to all of us and it is important to have the best players."

Igesund said he was not impressed with the way the preparations have started but believed all was well that ended well.

"We remain positive because the players really want to be here and play for their country. We are in a tough group but we will make it happen because by the time the tournament starts, we will be ready," added Igesund.

"I believe I have chosen a strong team which is well-balanced. We will do our best to win the tournament to get that winning feeling, and we will play the kind of football that is expected of us, which is running and exciting football."

'Legacy for the people of Cape Town'
The national team was welcomed to the Mother City by councillor Grant Pascoe, a mayoral committee member for tourism, marketing and events.

"The City of Cape Town welcomes our national team Bafana Bafana to the Mother City. It is a privilege and a pleasure to have our boys based here for the duration of Chan 2014," said Pascoe.

"We can assure the national team that Capetonians will be at the stadium, proudly flying our country's national flag. A spectacular opening ceremony is also being planned."

The Chan 2014 is the first major soccer tournament in Cape Town since the 2010 Fifa World Cup.

"Not only does Chan 2014 take place in the 20th year of South Africa's democracy but will leave behind a very positive legacy for the people of Cape Town. Along with infrastructure improvements at Athlone Stadium, pitch improvements will also take place at training venues in Gugulethu, Khayelitsha and Belhar," said Pascoe.