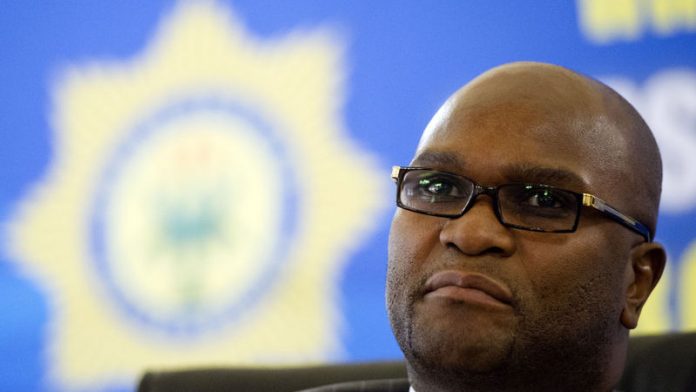 Police Minister Nathi Mthethwa on Monday met 18 police officers whose names were on an alleged "hit list" of senior officers who were apparently mistreated by the South African Police Service (Saps), his office said.

"As I'm speaking to you, the meeting is currently taking place in Pretoria," Mthethwa's spokesperson Zweli Mnisi said.

"He [Mthethwa] was supposed to be attending the ANC NEC [national executive committee] meeting in Nelspruit but has returned to attend to this matter because the allegations raised are serious."

The minister would seek to determine the authenticity of the alleged list and hold discussions with the affected parties so it could be understood what was going on, Mnisi said.

On Saturday, former national police commissioner Bheki Cele spoke of a list of senior officers set to be dismissed from the Saps, at the funeral of Lieutenant General Layton ​Mzondeki "Sean" Tshabalala.

Police said on Sunday that they were not aware of the alleged list, which included the name of Tshabalala.

"We obviously are not aware of this list that is being referred to," national police spokesperson Lieutenant General Solomon Makgale said at the time.

Treated badly
Makgale was responding to tweets by Selby Bokaba, the City of Tshwane spokesperson, from the funeral service of Tshabalala.

Bokaba tweeted that former national police commissioner Bheki Cele had told mourners at Tshabalala's funeral that there was a list of police who had been badly treated.

"#Walter Sisulu Hall in Randburg is stunned by Bheki Cele's revelation. Why was Sean [Tshabalala] on the list of targeted people in the police? asks Cele," read one of Bokaba's tweets.

"Tshabalala's name is number 1 on the list of 18 other former MK [Umkhonto we Sizwe] colleagues and current Saps colleagues," Bokaba tweeted on Cele's speech.

In a further tweet, Bokaba reported that Cele claimed Tshabalala had documented his mistreatment: "#Bheki Cele now reading out #Sean Tshabalala's document expressing his ill-treatment in the Saps. The hall claps."

Bokaba said at the time that he was tweeting in his personal capacity and was attending the funeral as he and Tshabalala were friends and had previously worked together.

Cele, when asked by Sapa whether he had made the comments about the list, said: "I did speak about that." However, he said his comment on the matter "ends there".

A police investigation has been launched into the death of Tshabalala, who was the police inspectorate's divisional commissioner, after his body was found in his office at police headquarters in Pretoria on Christmas Day. – Sapa