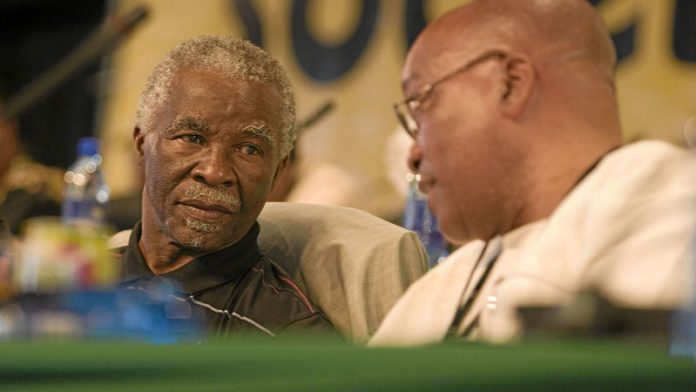 Former president Thabo Mbeki criticised tribalism and its role in politics, saying it perpetuates corruption, the Star reported on Tuesday.

Mbeki said in a lecture at the University of South Africa on Monday that tribalism was a tool used by politicians to manipulate some and reward others. He said the problem was rampant in the government of the day.

"When a minister comes from a certain region, so will the officials in that department," he was quoted as saying. Mbeki called it a "homeboy" phenomenon and said it was done deliberately.

"They conspire in one language, and this is one of the challenges we need to address."

He said that when the ANC was formed 102 years ago, part of its mandate was to "bury the demon of tribalism".

"But 102 years later, tribalism is raising its head."

"Zuma's appointment of the Cabinet from his own province has given an impression the IQ levels of people from other regions are low," the Star quoted him as saying in November 2013.

"You can go to the NPA [National Prosecuting Authority] head, you can go to the Cabinet, the clusters [of ministries] – the economic clusters, social cluster and security cluster – they are dominated by one region … [Zuma is] suffering from a laager mentality … [which] means you surround yourself with your own," Holomisa said.

At the time, ANC spokesperson Keith Khoza denied Holomisa's claims, and said all the provinces were represented in the Cabinet. – Sapa, additional reporting by Staff Reporter