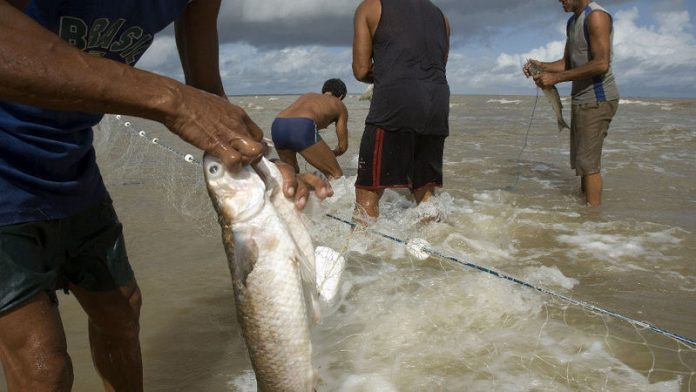 The scoresheets for fishermen who applied for fishing licences for tuna, squid and line fishing have now been sent out by the department of fisheries, and reveal a "blatant arbitrariness and unlawfulness of the process", according to a legal specialist in the field.

Shaheen Moolla, who was previously a legal adviser to former fisheries minister Valli Moosa, and is now a director of a natural resources management company, has questioned the relevance of the various scores.

"These peremptory criteria include compliance with the provisions of the MLRA (Marine Living Resources Act), the form of the applicant, timeous and proper lodgement of the application, whether the form was signed and commissioned and critically, whether the applicant had nominated access to a suitable fishing vessel for that sector."

The failure to evaluate these peremptory criteria rendered the decision-making process unlawful, and susceptible to review and an urgent interdict, Moolla claimed.

"So local economic development and proximity to landing sites and coastal villages are simply not even considered. This would explain how applicants in Midrand and Cresta, Gauteng, scored fishing rights, while fourth generation line fishers in Arniston, Struisbaai and Kalkbay were excluded," said Moolla.

"Also not even considered and scored is the key criterion of investment in fishing gear and vessels. How can such a critical aspect of eight years of past right-holding be completely ignored? These two failures easily render the evaluation criteria as being irrational and an unlawful failure to take into consideration proper criteria."

Reduced number of permits
The release of the scoresheets follows a row that broke out in Cape Town after the line-fishing permits were announced on December 31. It later emerged the fisheries department had reduced the number of traditional line-fishing licences and controversially awarded almost half to unknown applicants.

Of the 455 traditional line-fishing licences the fisheries branch issued in 2005, only 205 were confirmed in the new allocation handed down. A hundred of those licences were given to new, unknown entrants.

Wally Croome, chairperson of the South African Linefish Association, assisted in brokering a deal with the fisheries department last week, where fishermen who were unsuccessful could apply for exemptions to go out to sea while their appeals were being heard.

Croome is leading the fight for other line fishermen – he was successful and was awarded a licence for his own boat.

He was not done studying the scoresheets that were sent out due to him helping fishermen file their applications for exemptions to go back out to sea. Croome said he had been working late into the night to assist fishermen with their applications, and following up with these with the fisheries department, he said.

"I have had feedback on the scoresheets from various rights holders and they say that there is no consistency in them. The scoring process is now completely different to 2005," said Croome. "I must go back and look at the fisheries policies. I need to evaluate it and need to evaluate it objectively. All we want is fairness out of the process."

Appeal
​Croome said fishermen could appeal if they were unsuccessful the moment they receive their scoresheets in the post.

But many fishermen say they have not received their scoresheets yet. One fisherman claimed he received a scoresheet by post and when he opened it, he found it belonged to somebody else, said Croome.

"The process was so rushed the department made mistakes," he said.

Roland Wichman of the impoverished Hangberg community in Hout Bay, is one of the fishermen who was not granted a line-fishing licence.

On Thursday, he told the Mail & Guardian that, like some others who were unsuccessful in their applications, he had still not received a scoresheet from the fisheries department.

"I am allowed back to sea as I got an exemption from the fisheries department to go out again until my appeal has been heard," said this fourth generation fishermen, who is concerned he will not be able to pay his children's school fees if his appeal is not successful. "I am still waiting for my scoresheet."

Credible source?
​Wichman said that as Moolla previously worked for the fisheries department, the local fishermen generally regarded his views as credible.

But the deputy director general of the fisheries department, Desmond Stevens, was tight-lipped about Moolla's accusations. "I don't want to make a comment. Shaheen is your source, and he has been discredited, but the media refuses to investigate him," he said.

In an interview with the M&G last week, Stevens said he was advised by the same law experts who allocated the linefishing licences in 2005, and there had been no irregularities in the process. The fisheries department would investigate the case of licences going to Solomons and the skipper of one of its patrol boats, he said.

A former commander of Umkhonto weSizwe, Stevens has come under fire from Moolla, who claims he is unqualified for the job as the government department's acting deputy director. The job was advertised last year.

While Stevens told the M&G that Moolla was only a legal adviser to Moosa for a brief period, the lawyer has become one of the fisheries department's most vocal critics.