How the big ‘pharma’ plot died an early death 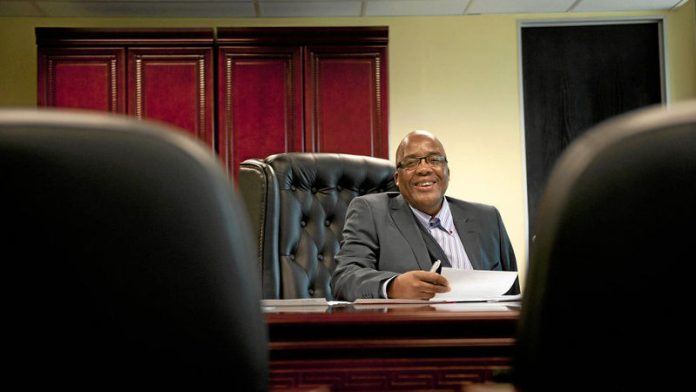 The association also said it never had any real intention to move ahead with the controversial lobbying plan, due to be backed by American money, and that would have included manipulating international relations and setting up a front organisation directed from Washington.

"Innovative Pharmaceutical Association South Africa (Ipasa) can confirm that it has not engaged the consultancy PAE [Public Affairs Engagement] to lobby on intellectual property or any other matter in South Africa," said Ipasa chief operating officer Val Beaumont in a statement. "PAE submitted a proposal for a campaign, which was reviewed and subsequently rejected by Ipasa members, and no payment or pledge has been made in any respect.” The statement came after the Mail & Guardian published details of the plan, which health minister Aaron Motsoaledi described as a “satanic plot”, and which non-governmental organisations lobbying for cheaper drugs characterised as a covert attempt at influencing debate, and generally highly questionable.

Ipasa represents companies including Merck, Sanofi, Pfizer, Roche and Novartis, and internal communication had suggested that it had approached the Washington-based PAE to reverse South Africa’s policy position on drug patents — and was keen to go ahead with it. The PAE plan, titled “Campaign to Prevent Damage to Innovation from the Proposed Draft National IP policy in South Africa” was circulated to Ipasa members on January 10. Members were told that PAE had been selected to work on behalf of Ipasa after a detailed process, and the selection was said to have been “final”.

Member companies were asked to discuss the plan with their global leadership, if necessary, and to lodge any reservations with Ipasa before the close of business on January 15.

On January 15, the M&G asked Ipasa to confirm the appointment of PAE. On January 16, Beaumont responded, noting the importance of the draft policy on intellectual property and saying that the association realised that a “changing environment for public policy debate” may “require more robust engagement with policy-makers and the public. Ipasa is currently evaluating multiple proposals,” Beaumont said in a written reply to the question.

“While we have not contracted outside parties to assist us, Ipasa is considering various communication strategies and proposals to augment our ongoing policy advocacy and communications outreach concerning the draft IP Policy.” The PAE proposal was not mentioned, but Beaumont later again stressed that no contract had been entered into. But on Friday, January 17, after the M&G had published details of the plan, Beaumont said the PAE proposal had been rejected, without providing any detail on why or when the lobbying group had gone from selected to rejected.

Responding to questions on Saturday, Beaumont explained a behind-the-scenes sequence of events that involved a complicated interplay between local representatives of drug companies, but also shows that the PAE plan was never likely to be implemented by the association. “The proposal in question was initiated and submitted on a speculative basis by PAE,” Beaumont told the M&G.

“It was not in response to a brief from ourselves and the contents and wording have not been influenced by our thinking. It also does not reflect what we would consider to be a suitable or ethical South African communication strategy.” That has been partially confirmed by PAE, which during the week said it had independently identified the South African debate as a business opportunity.

“Frankly, while we were obliged to consider the merits of the proposal, my personal view was that it would be unlikely that the proposal, once circulated … to all members for input, would fly,” Beaumont said. “This turned out to be so and it shows that our internal checks and balances are robust.” Beaumont said the association would continue to weigh into the debate about South Africa’s emerging policy to intellectual property, but would do so transparently and in “collaborative fashion".

On Saturday, Cosatu condemned the strategy devised to oppose proposed patent laws. "The move by pharmaceutical companies to block the adoption of the Intellectual Property Policy was motivated by greed", said Vusimuzi Bhengu, who edits the Cosatu publication Shopsteward.

"We support the Minister of Health … Aaron Motsoaledi's statement that the planned campaign by multinational pharmaceutical companies against these proposals is genocide," Bhengu said in a statement. "This plot is tantamount to treachery as it seeks to stop Parliament from exercising its duty to pass legislation that improves the lives of South Africans" — Additional reporting by Sapa