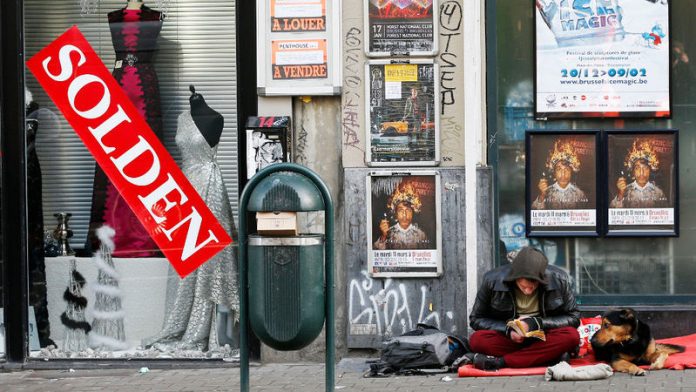 Financial crises come round every seven years on average.

There was the stock market crash of 1987, the emerging market meltdown in the mid-1990s, the popping of the dotcom bubble in 2001 and the collapse of Lehman Brothers in 2008.

If history is any guide, the next crisis should be coming along some time soon.

The fact that the financial markets are betting on global recovery becoming more firmly established over the next two years doesn't really signify much.

Investors refused to heed warnings that tech stocks were wildly over-valued around the turn of the millennium.

US Federal Reserve chairperson Ben Bernanke rubbished the idea that the US sub-prime mortgage market was an accident waiting to happen, and refused to countenance the idea that a problem in American real estate might have global ramifications.

So let's conduct a thought experiment.

Assume that the International Monetary Fund, the World Bank and the financial markets are all wrong when they say the US is now set for a period of robust growth, that Europe is on the mend and that China can make the transition to a less centrally planned economy without a hard landing.

Growth
There are reasons (cash-rich companies, more than half a decade of ultra-stimulative economic policies, the plentiful supply of new scientific breakthroughs) for thinking that the consensus is right, and that the outlook for several years is of steady, sustained growth.

But imagine for a moment that the consensus is wrong and that the global economy remains subject to the familiar seven-year rhythm.

In those circumstances, three questions need to be asked.

The first is where the crisis is likely to originate, and here the smart money is on the emerging markets.

China's economic data is not always 100% reliable, but it is clear the curbs on credit are having an impact.

The world's second biggest economy is slowing down and probably a bit faster than the official figures would suggest.

Other emerging markets – India, Brazil, Turkey – if anything look even more vulnerable if markets respond negatively to policy moves in the US.

The speed at which the Federal Reserve tapers away its monthly stimulus will depend on conditions in the US, not the rest of the world, and the potential for capital flight from countries with big current account deficits is real.

Recovery time
The second question is how policy would respond if a second shock occurred well before the global economy had recovered from the first.

Traditionally, central banks and finance ministries use upswings to restock their arsenals.

A renewed bout of turbulence would start with interest rates already at historically low levels, budget deficits high and central banks stuffed full of the bonds they have bought in their quantitative easing programmes.

A Bank of England working paper co-authored by David Miles, one of the nine members of Threadneedle Street's monetary policy committee, suggests that quantitative easing can be effective when financial markets are dysfunctional, as they almost certainly would be in the event of a second leg to the most serious crisis in the past 100 years.

Dysfunctional
Miles also predicts, somewhat heroically, that the unwinding of quantitative easing will have little or no impact on the real economy because it will occur when markets are no longer dysfunctional.

When that blessed day will arrive remains to be seen.

The final question, highlighted by the recent study of the global jobs market from the International Labour Organisation (ILO), is what sort of impact a second recession would have on already stretched social fabrics.

Unemployment is rising, insufficient jobs are being created to cope with the demands of a rising world population, and the improvement in working poverty has stalled.

All the ingredients are there for social unrest, which is why the ILO's Guy Ryder is right to call on businesses to use rising profits for productive investment rather than share buy-backs. – guardian.co.uk © Guardian News and Media 2014

Township reconstruction: The blueprint for a post-looting economy

The 2021 elections are important for young Zambians