Aurora rerun at West Rand mine? 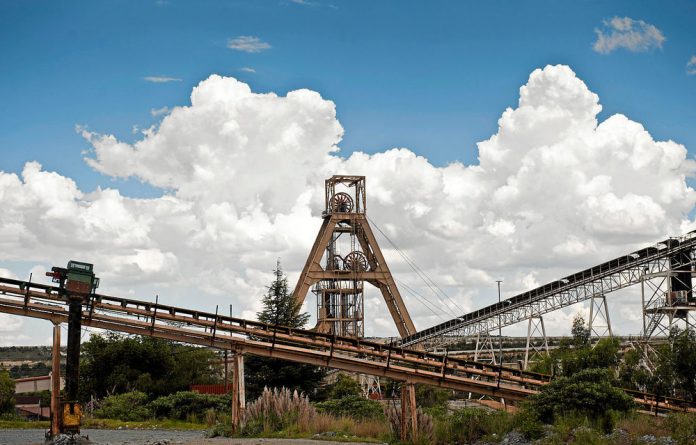 Members of the controversial Bhana family – of liquidated airline Velvet Sky and Aurora mining notoriety – appear to have seized yet another questionable financial opportunity, this time involving an insolvent gold mining company on the West Rand.

Once again, however, it seems that the father-and-son team of Solly and Fazel Bhana have tried to keep their involvement under wraps.

More than 1 600 miners have been hoping for the best since December last year, when the provisional liquidators of Blyvooruitzicht Gold Mine (Blyvoor) in Carletonville signed a sale agreement with a then unknown company, Goldrich Holdings (Goldrich), to buy the mine. The understanding was that Goldrich would kick-start the mine's operations this month.

The miners' fate, however, also rests with Thulani Ngubane, a director alongside Khulubuse Zuma and Zondwa Mandela of Aurora Empowerment Systems, which was liquidated in 2011 following its botched takeover of two Pamodzi Gold mines.

But, although Goldrich has paid about R5-million towards the sale, Blyvoor's joint provisional liquidators cancelled their contract with it earlier this month when the company allegedly failed to meet further payment obligations, an allegation Goldrich strenuously denies.

Goldrich was barred from Blyvoor's premises last Friday. The company subsequently brought an urgent court application against the provisional liquidators and the mine for ­"unlawfully evicting" them.

On Thursday, the South Gauteng High Court ruled in Goldrich's favour and the company is now allowed back on the mine, according to Goldrich's lawyer, David Swartz.

Denials
Swartz, of Phillip Silver and Associates – the same firm that represented the Bhanas in the Aurora matter – denied the liquidators's allegations that Goldrich had not made certain payments.

Swartz claimed that his client had already paid R4.8-million, the second of about 12 payments.

Bonginkosi Mthethwa, a KwaZulu-Natal businessperson, is currently the only person listed as a Goldrich director. The company was ­registered in February last year.

Yet Mthethwa is not acting alone in the deal. Aurora's Ngubane told amaBhungane that he was on Goldrich's board. It was in this capacity that he signed sale and interim agreements in December and January on behalf of Goldrich with the liquidators.

Ngubane also noted that Mthethwa was a "personal friend" and that his involvement with Goldrich went back 20 years. He said that he would become a director of the company "at a later stage".

Fazel Bhana, who with Solly was specifically named as a key driver in the collapse of the two Pamodzi gold mines under Aurora's management (see sidebar), appears to have also played a major role in negotiating Goldrich's deal with Blyvoor's provisional liquidators.

Main negotiators
An anonymous source, whose information was corroborated by amaBhungane, said that the "main negotiator in the transaction" was Fazel Bhana. The source also noted that both Fazel and Solly Bhana were "at the mine daily, flanked by Mr Thulani Ngubane".

Solly Bhana's involvement at Blyvoor could not be confirmed.

Fazel seems to have tried to keep a low profile during negotiations over Blyvoor.

In particular, he has spelt his name "Fazil" with an "i" and, according to one of the joint provisional liquidators, Bhana junior only ever used his first name during their interaction. The only time he mentioned his surname was when he was told to sign it on a registry at a meeting with the mineral resources department.

Ngubane, however, defended Fazel's role. He said that the company was using him because, as a "lawyer by profession … he has the right expertise" and that he was "indispensable and irreplaceable".

Liquidators were appointed to take over Blyvoor in August last year after a declining gold price and rising overheads forced it into provisional liquidation.

According to newspaper reports, two mining companies, DRDGold and Village Main Reef, both abdicated responsibility for the mine.

The workers were left jobless and the mine became a magnet for illegal miners or "zama zamas".

It appears that this is not the first time the Bhanas have been party to a possible deal to buy Blyvoor.

Deal cancelled
In 2009, a deal between DRDGold and Aurora – in which Aurora would pay R376-million for a 60% stake – was cancelled.

According to a 2010 MiningMx news report, DRDGold chief executive Niel Pretorius said the deal was thwarted as a result of suspicion about the role of Aurora's "advisers", although Pretorius did not specifically name the Bhanas.

Goldrich took occupation of Blyvoor on December 6, about 10 days after the company swooped in and mysteriously secured power to the mine's main asset, Shaft No 5, from Eskom, which was days away from shutting off the shaft's electricity supply. Blyvoor is about R90-million in arrears with Eskom.

According to joint provisional liquidator Leigh Roering, Goldrich "saved the day" when it managed to keep Eskom from turning off the power. Roering said the power utility had threatened liquidators with a November 29 deadline.

"We have no idea how it did it. The main thing is to save the Shaft No 5 for employment purposes. It managed to secure power to the shaft, and that is how it got involved," he said.

Joint provisional liquidators signed an interim and sale agreement with the company.

Ngubane denied that there was anything "sinister" about Eskom staying its hand.

Total cost
Roering noted that Goldrich referred to "foreign funds that were going to be brought in" to help to pay off the instalments agreed upon between the parties. The total cost for the mine would have been about R70-million.

Ngubane said that funding for Goldrich was "from a private family trust in Holland".

"Goldrich is not a listed company. I don't have to open up my chest. And the private equity firm from Holland will remain private as well," he said.

Referring to the insolvency of Blyvoor mine following ownership issues between DRDGold and Village Main Reef, Ngubane said: "At Goldrich, we have a heart. We want to save 450 jobs."

But it was the company's alleged inability to fulfil its financial obligations that led to its eviction from the premises.

In claims that are reminiscent of the Aurora debacle, Roering said: "There was always a reason for why they couldn't pay.

"They were waiting for funding, apparently from Dubai. But it never came."

Ngubane denied the nonpayment, allegations and blamed the liquidators, "who have revoked our agreement and that is why we are taking them to court".

Fazel Bhana and Swartz had not responded to questions by the time of going to print. ­– Additional reporting by Tileni Mongudi and Justice Kavahematui.

Pamodzi mine controversy drags on

Pamodzi mine controversy drags on Aurora Empowerment Systems, whose board members included President Jacob Zuma's nephew Khulubuse Zuma, Nelson Mandela's grandson Zondwa Mandela and businessman Thulani Ngubane, was seen as the saviour of liquidated mining company Pamodzi Gold when it took over two of its mines in 2009.

Aurora was appointed as the preferred bidder by the joint provisional liquidators of Pamodzi, one of whom was controversial liquidator Enver Motala. Then a new company, packed with a "who's who" of political heavyweights allegedly presented a "beautiful" bid to the liquidators to buy Pamodzi's gold assets for close to R400-million.

But cracks soon began to show when it became clear that the father-and-son team of Solly and Fazel Bhana, who were brought on by Aurora's board as "consultants and advisers", were "calling the shots". During a 2012 inquiry into the collapse of Pamodzi Gold, questions were raised about allegations that tens of millions of rands made from gold sales were surreptitiously being diverted into private accounts, mostly belonging to members of the Bhana family, whereas thousands of mineworkers went unpaid.

At the time, Aurora's management denied that money was being used for non mining purposes or that it was involved in asset-stripping, but allegations persisted regarding shady deals at the mine. Some of the allegations related to "mystery" trucks that were said by sources to be removing equipment from the shafts.

Aurora removed as bidder
Following the removal of Aurora as the preferred bidder to run the two mines in late 2011, after which the company was itself put into liquidation, liquidators sought to have Fazel and Solly Bhana, along with Zuma, Mandela and Ngubane, held personally liable for the R2-billion debt owed to Pamodzi.

In a 2012 court application, one of Pamodzi's joint provisional liquidators, Johan Engelbrecht, claimed that the men had "managed the affairs of Aurora recklessly with the intent to defraud" Pamodzi's liquidators and creditors.

Engelbrecht also noted that Pamodzi had "proved claims in the insolvent estate of Aurora" to the value of R122-million in gold sales and R1.8-billion incurred through the destruction of the mines' assets.

The Bhanas tried to distance themselves from the management of Aurora during the Pamodzi inquiry.

But in his testimony, Zuma said that the controversial pair were involved in Aurora "prior to negotiations which ensued for the purchase of Pamodzi".

Engelbrecht noted in his court affidavit that Zuma "confirmed that, in his experience, the Bhanas were the main contributors to the decision-making of the running of the company".

The matter brought against the Bhanas and former Arurora directors by the Pamodzi liquidators has been set down for August this year. – amaBhungane reporters