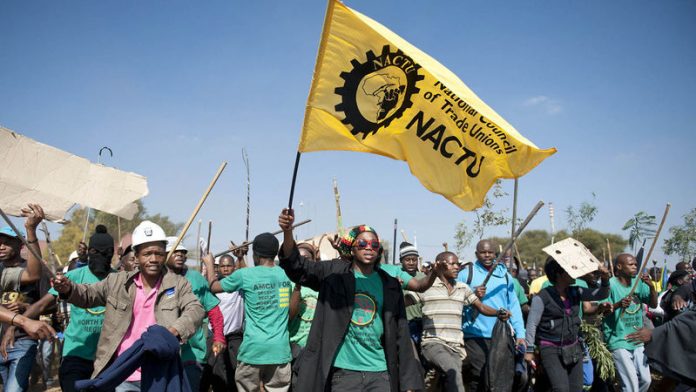 A strike over pay by at least 70 000 workers in South Africa at the world's biggest platinum mines started on Thursday's early shift.

The strike by Amcu will disrupt operations accounting for about 70% of global output of the precious metal. The union said it will maintain the walkout until its demand that wages for the lowest-paid entry-level miners are more than doubled to R12 500 a month is met. South Africa's inflation rate was 5.4% in December.

"People haven't reported for work" and some miners who want to report for duty are getting stopped by those taking part in the strike, Johan Theron, a spokesperson for Impala mines, the second-largest producer of the metal, said.

At Implats, striking employees wielding traditional weapons have blocked roads leading to operations, Sydwell Dokolwana, the National Union of Mineworkers's (NUM's) regional secretary, said. Amcu has displaced the NUM as the biggest labour representative on platinum mines. Workers at Lonmin have been able to report for duty, he said.

The police service has raised safety measures as it seeks to avoid a repeat of labour unrest that claimed the lives of at least 44 workers in the area, about 120 kilometres north-west of Johannesburg, in August 2012.

More police
"We've increased our visibility across the area," Thulani Ngubane, a spokesperson for the South African Police Service in the North West province, said. No incidents have been reported and picketing is planned at some of the shafts, he said. "Everything is in place to make sure the strike is peaceful," Ngubane said.

Gold delay
The Amcu's plan to start a strike at South African gold mines on Thursday was delayed after the Johannesburg Labour Court postponed its ruling on whether the stoppage would be protected to January 30. When South African strikes have this status, workers can down tools without being fired or disciplined.

"We haven't had feedback from everywhere, but from what we know everything looks normal," Alan Fine, a spokesperson for the Johannesburg-based Chamber of Mines at Russell & Associates, which represents the gold companies, said.