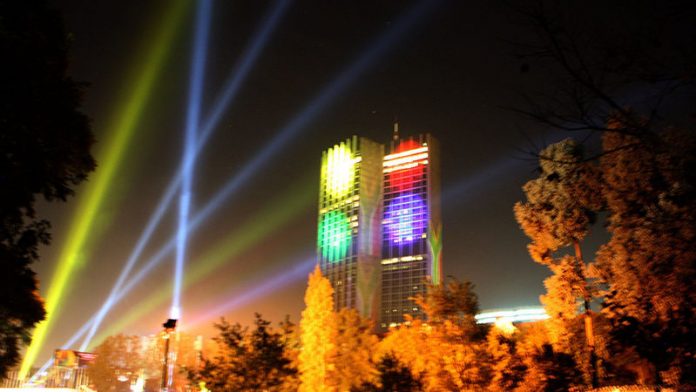 On the eve of national elections, when most media houses are strengthening their newsrooms (especially politics teams), the public broadcaster has redeployed its political editor to a smaller Pretoria office in what is seen as a demotion.

SABC political editor Abbey Makoe began reporting to a Pretoria office on Monday as a specialist editor after a meeting with political reporting staff members at SABC Auckland Park to announce the news.

Makoe and SABC spokesperson Kaizer Kganyago denied the former political editor has been demoted, preferring to call the decision a "redeployment".

"I have been redeployed to the Pretoria office to revamp it," Makoe told the Mail & Guardian.

He said the Pretoria office was "strategic" for the SABC because "that's where the seat of government is based and Pretoria is home to the second-largest diplomatic core, second to Washington".

'No such thing' as demotion
Supporting Makoe's "redeployment" statement, Kganyago said: "In the SABC, we don't have such a thing [as a demotion]. That's a term you media use. He was redeployed to Pretoria."

Kganyago said the specialist editor position was created because there was a gap in the SABC's reporting.

"People in [SABC] news realised they have not been covering diplomatic news. So we created that office in Pretoria, which is where most of that happens," he said.

In his specialist editor position, which will only focus on the Pretoria office instead of the previous bigger responsibility of a political team across the country, Makoe said he would manage quality control of stories and mentor young journalists.

"I instigated the redeployment," he said. "When it was mooted I raised my hand. The company has been wanting someone to occupy that position and I volunteered."

He added that because he has been a political editor for some years, he needed a change.

"This is my second time as political editor at the SABC and this new position will allow me to work on all aspects of news. But I also stay in Pretoria, so at a personal level I'm excited that I will no longer travel on the freeway to Johannesburg every day … If I did not want to move I would have still been in my position [as political editor]. This decision was by mutual consent."

New editor
New in the political editor seat is lesser-known Simon Tebele, whose credentials in news are a mystery to many. The appointment has caused anxiety among journalists at the Auckland Park towers.

Tebele has until this week been holding the position of head of special projects at the SABC for two years. He will now manage the politics team and the special projects team. Tebele is a former SABC regional manager in Polokwane in Limpopo and has worked as communications manager for mining company Anglo Platinum.

"People are really disappointed with the replacement," said an SABC insider with intimate details of the changes. "There was an expectation that deputy political editor Mahlatse Gallens would be  promoted."

Tebele referred all Mail & Guardian questions about his experience and capacity to handle both the special projects and political editor positions to Kganyago.

According to a curriculum vitae Kganyago sent to the M&G, Tebele began his career as an SABC journalist, rose up the ranks to Gauteng radio news regional editor, and later held the same position in Limpopo. Tebele led the logistics planning for SABC News for major special broadcasts, such as the inauguration of the late Nelson Mandela, his funeral last year, the ANC's centenary celebrations, and the Brics summit held in Durban. After doing corporate communications for Anglo for several years, he returned to the SABC in 2011.

'We'll need everyone'
When asked if changes so close to elections would affect the SABC's news coverage of this year's biggest event, Kganyago said it would not because the political editor position was filled.

"The final decisions are not made by political editors. And there is a new one [Tebele]. I don't know how it can affect election coverage," he said.

Kganyago said Makoe would not be lost to the news division altogether.

"We are the public broadcaster. [During elections] we're going to have to be everywhere and we'll need everyone. So he [Makoe] will be involved in it too."

SAfm has allegedly been operating this way since Dennis O’Donnell’s resignation, with different people being brought in to take on the role of station manager.
Read more
Friday

The parallel yet familiar world of Tjovitjo

With season two set to debut on Netflix at the end of the month, filmmaker Vincent Moloi opens up on his artistic choices and inspirations.
Read more
Advertising
Continue to the category
Education