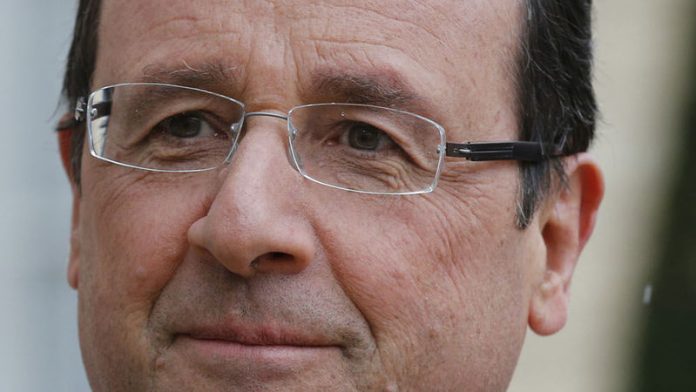 French President François Hollande is expected to announce his separation from partner Valerie Trierweiler on Saturday following a media storm over allegations he is having an affair with an actress, according to the Journal du Dimanche.

First lady Trierweiler (48), Hollande's partner since 2006, plans to travel to India on Sunday for a charity trip and the president wants to settle the issue of their future before her departure, the newspaper said.

"The press release from the Elysee Palace should be released sometime today," the national weekly said on its website, without citing its sources.

A spokesperson for the president declined to comment on the report and Trierweiler's spokesperson did not immediately return a request for comment.

Affair made public
Two weeks ago, celebrity magazine Closer published a report that Hollande was having an affair with French actress Julie Gayet. It ran pictures of what it said was the president wearing a motorcycle helmet arriving on a scooter to visit Gayet for nocturnal trysts.

The ensuing media storm has diverted public attention from a shift Hollande has made this month towards more business-friendly policies, which he hopes will revive the eurozone's second-biggest economy in the face of high unemployment.

A press conference to unveil the economic plans was overshadowed by questions over Hollande's private life, as was a trip to Rome to meet the pope on Friday.

Most unpopular
Hollande (59) is the most unpopular president in modern France, according to polls. He has struggled to live up to a promise to get unemployment, currently stuck near 11%, firmly on a downward trend.

He has four children from a previous relationship with Segolene Royal, a senior member of his Socialist Party and a 2007 presidential candidate. Royal announced their separation just after she lost the 2007 election to Nicolas Sarkozy.

Trierweiler, an arts columnist for weekly magazine Paris Match, is not married to Hollande but assumed the role of first lady at official functions following his election in May 2012. – Reuters