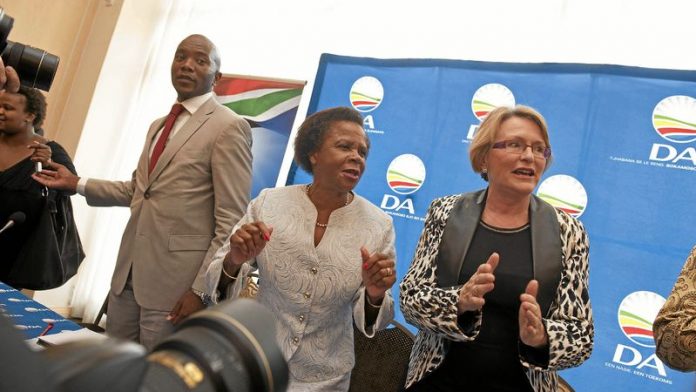 The virtual swallowing of Agang by the ­Democratic Alliance (DA) has kept all of us wondering how the political landscape will change. Will it be a game-changer, as DA leader Helen Zille claims, or will it be more of the same, because, essentially, an individual sought refuge when her own party collapsed?

But this and other recent developments mean we need to take a broad look at what has happened in the political space in the past few weeks and, if possible, extrapolate what it means for the coming elections.

The first is that the ANC's January 8 rally and manifesto launch in Mbombela, Mpumalanga, and subsequent provincial launches indicate that opposition parties underestimate the ANC at their own peril.

The packed stadiums over the past few weeks show the enduring popularity of this 102-year-old organisation. The general discourse over the past few months was that of a party whose popularity was waning and there is the expectation that the ANC will lose a noticeable chunk of its support during the elections.

I believe this will be the case, but the party says it is aiming for a 70% majority. Historically, the ANC has recognised election time as an opportunity to reconnect with its members and supporters. It is one of the few occasions when it is able to muster an effective communication machinery, and when the level of interaction with communities increases.

It is a time when it targets various strata of society, speaking to their needs, and a time like no other when it is able to target its messages and bring back "home" past voters who are now wavering. Its well-organised Siyanqoba rallies are also meant to intimidate its opponents psychologically and remind those contemplating voting for other parties that only the ANC is the "people's party".

As we are again witnessing, just when we expect the ANC to fall below the 60% mark, the party is tightening up its game in a manner that could confound critics. But it is not its diehard supporters attending rallies that the party should worry about, but the 23-million registered voters that matter.

This means that it cannot afford to be as complacent about the announcement of Mamphela Ramphele joining the DA as its presidential candidate as it was this week. ANC secretary general Gwede Mantashe cocked a snook at the event, saying Ramphele was a rent-a-black leader.

Ramphele hardly deserves any empathy, as she naively thought that having the "right message" was enough to start a political party and win over the electorate. A wealthy woman worth R50-million, Ramphele failed to articulate any theme that resonated with millions of South Africans.

A party centred on a single personality without any visible grass-roots contact was bound to struggle to cut it. As Helen Zille said this week, a political party needs structures, institutions, people and money, and AgangSA had very little of that. Like many others, I am inclined to laugh at the joke of making Ramphele a presidential candidate when the party knows that it has no prospects whatsoever of winning the elections.

As people have said throughout the week, it revives the ghost of Joe Seremane, who had very little influence inside the party, but during elections was often nominated for the meaningless position of DA presidential candidate.

But the event that took place in Cape Town was not entirely a charade. And Zille's opponents would do well to take note of this.

Zille's admission that Mamphele's race and struggle credentials were a factor in recruiting her should alert her enemies of her tireless endeavour to change the face of the DA. The truth is that, regardless of what she says, many in our generation will see the DA as a white party.

But Zille is clearly building for the future. I am not convinced that Ramphele will bring anything substantial to the DA in the immediate elections, as many of her supporters, though they share an ideological outlook with the DA, consciously chose her instead of the DA.

The DA was poised to increase its share of the voters anyway, with or without AgangSA. The ANC, founded on the principles of non-racialism, should be careful not to surrender its credentials to the DA.

Although Zille goes about changing the face of the DA too mechanically in a manner that almost jars, in years to come the DA could well lay claim to being a truly nonracial party.

Zille will be long gone from the political stage when the race card no longer sticks against the DA, but she is laying the foundations.

Mamphela Ramphele’s critique of the state of South Africa

National Assembly to debate motion of no confidence in Zuma