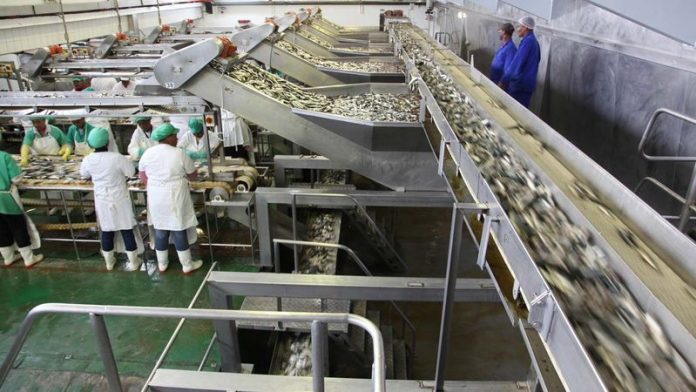 The battle for the local fishing quotas of the lucrative pilchard sector, which forms part of the staple diet of millions of South Africans, has found its way to the Competition Tribunal.

The tribunal is trying to weigh up potential job losses against concerns of a possible monopoly around a primary protein source, in this case by Oceana, which has already paid a R35?million admission of guilt fine for alleged price fixing in the pelagic fish sector, which includes pilchards.

It is alleged to have colluded with other firms about payment for trawlers and crew.

Oceana, which owns pilchard brand Lucky Star and has 73% of the market, has asked the tribunal to overturn a decision by the Competition Commission.

The commission ruling allows the merger with Foodcorp's R445?million fishing business, but stipulates that Foodcorp's pilchard brand Glenryck has to be sold with its fishing rights to retain competition in the sector.

Oceana had planned to sell the brand and keep the fishing quota, which would have given it 80% of the local pilchard market.

Lucky Star has 15.01% of the fishing allocation and the company imports 60% of its pilchard requirements. It also had a tough year as sales among cash-strapped consumers fell and quotas remained constrained.

Oceana has warned of increased competitors from outside the country, such as Thai Union (one of the largest exporters of fish in the world) and Tropical.

Both have their eye on the South African market, regarded as the "biggest round-can market in the world", and plan to look at ways to enter it "perhaps more aggressively" than they have done in the past.

It's the latest chapter in a conflict-ridden industry, where fights about the allocation of fishing quotas have seen disgruntled fishermen storm the offices of the department of agriculture, forestry and fisheries, most recently accusing deputy director general Desmond Stevens of racism against coloured fishermen who lost their previous quota licences.

Foodcorp testified before the tribunal that it made the decision to sell its fishing business and concentrate on "less risky" sectors after three years of failing to find a black economic empowerment (BEE) partner.

Locked in a legal battle
Foodcorp managing director Josias Andreas van Niekerk said: "What happened in March 2010 [was] our majority black shareholder sold its shares in Foodcorp and that impacted on our BEE shareholding. And since then we [have been] locked in a legal battle with the department of fisheries."

The Competition Commission said the proposed merger would have the effect of removing Oceana's closest competitor. It stipulated that the Glenryck brand and fishing rights needed to be sold to a strong competitor in the sector, which could provide "real" competition to Oceana.

Ironically, it emerged during the cross-examination of Foodcorp's fishing division managing director that one of the first bidders for BEE partnership was the Umkhonto weSizwe Military Veterans' Association, of which fisheries deputy director general Stevens is treasurer general. The deal fell through.

In his testimony, Van Niekerk said that Foodcorp's plight had become increasingly desperate after the Thebe offer fell through because of funding problems. He said there was obvious relief after the deal with Oceana received approval from the fisheries department.

"Ambitious plans"
Bidfish Namibia, a subsidiary of the Bidvest Group, has offered to buy the Glenryck brand, saying South Africa's quota allocations would be of no use to it. The tribunal heard that Bidfish has "ambitious plans for the brand" as it is well placed to be a competitor.

Also at stake is Foodcorp's Laaiplek processing factory, where about 1 000 jobs are at stake, which Oceana said it will take over and guarantee.

Greta Engelbrecht, advocate for the Competition Commission, told the tribunal that the fishing quota was essential if Glenryck was to be a real competitor in the sector.

Her concern was that any competitor without local fishing rights would be more dependent on imported fish, which, at present rand rates, would affect its ability to offer affordable canned pilchards.

Lawyers for Oceana insist that there would be sufficient supply from smaller fishing companies in the market to keep Glenryck supplied with stock and two independent canneries to serve the company.

On behalf of Oceana, David Unterhalter said it could not exclude any company from obtaining processing capacity or using existing processing facilities.

Economic data shows that Oceana dominates the South African canned fish market. Five years ago the company was trading at R17 on the JSE and is now close to R83. It has a price-to-earnings ratio of 17.04.

The three-day hearing has been extended to allow for further witnesses, but a date has yet to be set for it to resume.