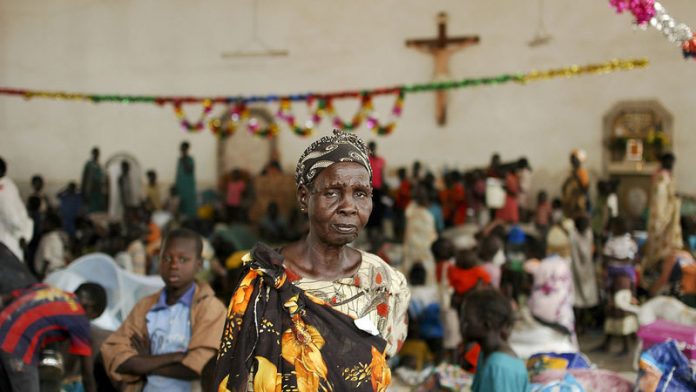 An advance team of monitors sent by east African nations arrived in South Sudan on Sunday to set up a mission tasked with observing a shaky ceasefire agreed by government and rebel forces.

The warring sides signed the ceasefire on January 23 to end weeks of fighting, but sporadic clashes have continued, underlining the challenge regional mediators face when peace talks resume in neighbouring Ethiopia next week.

Diplomats expect the monitors to focus on the three flashpoint towns of Malakal and Bentiu, near the country's main oilfields, and Bor, where some of the heaviest clashes have occurred, and the capital Juba.

"We will start our mission, at least the teams will be deployed, within the next week," General Gebreegzabher Mebrahtu, a retired Ethiopian General who is leading the advance team, told reporters in Juba.

The team's first task was to meet government officials and non-state organisations and conduct recces of possible areas for deployment, the regional IGAD grouping, which brokered the truce, said in a statement.

Thousands of people have been killed and more than 800,000 have fled their homes since fighting erupted in mid-December, triggered by a power struggle between President Salva Kiir and his former deputy Riek Machar whom he sacked in July.

Blame game
The conflict, which has taken on a largely ethnic dimension between the Dinka and Nuer tribes of Kiir and Machar respectively, has brought oil-producing South Sudan, a country the size of France, to the brink of civil war.

Rebel leader Machar on Friday accused Kiir of sabotaging the peace talks and waging a campaign of ethnic cleansing, in a Reuters interview at his bush hideout in remote Jonglei state.

Machar blamed the army for the continued violence. He said the government wanted to extend its control outside Malakal, Bentiu and Bor, all of which fell under rebel control before government forces recaptured them.

The violence, the worst since South Sudan won independence from Sudan in 2011, has triggered a humanitarian crisis.

At least 3.2 million people – more than a quarter of the population – face food shortages, the United Nations says, while aid agencies warn that insecurity is hampering their operations.

The medical charity Medecins Sans Frontieres (MSF) said on Friday that 240 of its staff had bolted into the bush to escape fighting in Unity state. –Reuters