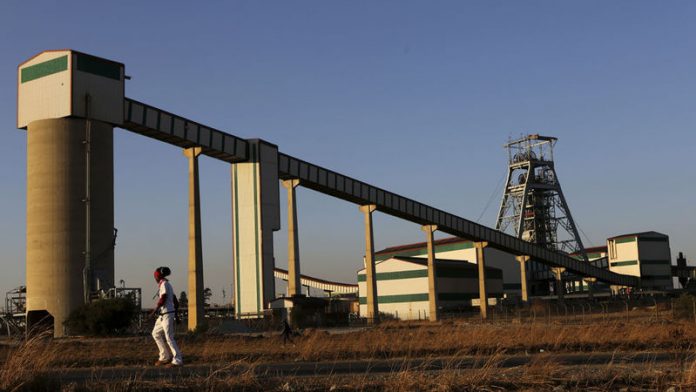 Government said on Thursday that rescuers have recovered eight bodies after a fire and rock fall at Harmony Gold's Doornkop mine near Johannesburg, and one other miner remained missing.

The incident is the most serious accident in South Africa's mines since nine workers died in a rock fall at a platinum mine in July 2009.

Rescue teams continued the search for the nine miners who were still unaccounted for after a fire broke out at the gold mine west of Johannesburg, the company said on Wednesday.

Duncan said all operations other than essential services were suspended on Wednesday night. On Tuesday around 6pm a fire broke out on level 192 about 1 733m underground.

The chief mine inspector said that once the last miner had been found, the search and rescue team would need to make sure the fire had been extinguished, the department said on Thursday. After that, an on-the-spot inspection would take place, the results of which would help determine what steps the department needed to be taken next.

Harmony Gold was due to issue a statement later on Thursday.

Condolences
Harmony's chief executive Graham Briggs, board and management extended their condolences to the families, friends and colleagues of the men who died.

The National Union of Mineworkers (NUM) was saddened by the deaths of the eight miners.

"[This is] really bad news for us as the NUM, families of the deceased, department of mineral resources and the South African public," acting spokesperson Livhuwani Mammburu said in a statement.

NUM health and safety secretary Erick Gcilitshana said: "We pass our deepest condolences to the families of the deceased. One death is one death too many."

The union called on the mineral resources department to trigger its investigation into the accident, saying the NUM was ready to help.

Missing
Eighteen people were reported missing at the end of the shift on Tuesday night. The mining company said the eight miners brought to the surface from the mine earlier on Wednesday were all unharmed.

One miner came out in the early hours of Wednesday morning. He gave rescue workers the location of miners he had seen underground. The nine would be under medical observation for 24 hours, chief operating officer Tom Smith said. He said the fire could have been started by a seismic event which measured 2.4 on the Richter scale. This led to the fall of ground and electric cables were damaged, possibly causing the fire.

Smith said the company was still investigating the exact cause of the fire. He said 10 rescue teams were searching for the missing miners.

The department of mineral resources said on Wednesday that a team of health and safety inspectors were monitoring the mine. Mineral Resources Minister Susan Shabangu expressed relief that the miners had been brought to surface.

"The health and safety of workers is of paramount importance to us as the regulator of this sector," Shabangu said. "We must ensure that we do all we can to get to the bottom of what caused this incident, in order to prevent similar occurrences in future." – Reuters, Sapa