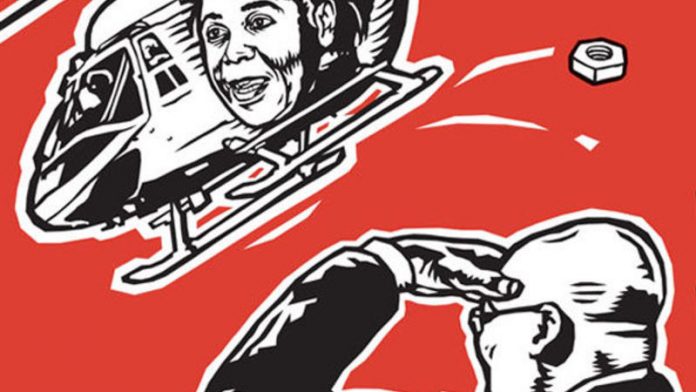 Strip away all the accompanying paraphernalia and, in the end, good politics is fundamentally about good judgment. Good politicians make good judgments. Bad ones don't. The Mamphela Ramphele-Helen Zille liaison is a fine example of bad judgment and, therefore, bad politics.

Though it looks rather silly now, I suspect that the Democratic Alliance (DA) will get through this bizarre episode relatively quickly, with little if any harm done to its electoral prospects. Those who were planning to vote for the DA – and I am referring here not to the party's core support but to potential swing voters from the ANC – will not be much put off, such is their distaste for the state of the ANC at the moment.

If anything, my instinct is that they would have been less rather than more inclined to vote for a party led by a "rent-a-black", to use ANC secretary general Gwede Mantashe's painfully apt little soundbite.

But Zille's reputation will take rather longer to recover for the grave miscalculation that her dalliance with Ramphele represented. She should have known better.

But this has been a blind spot in Zille's vision for some time now. As long ago as 2010, she was talking about helicoptering Ramphele in to lead the DA, obsessing that the DA had to have a black leader as soon as possible. For someone with such conviction and courage as Zille, it is surprising that she has continued to falter somehow at the final threshold: she, and only she, can lead the DA for the time being. Accordingly, she, and only she, should be its presidential candidate.

The other curious thing about this preoccupation is that it runs counter to one of the core tenets of the DA's strategy: to build carefully from within, a strategy that has clearly begun to pay off when one sees the panache with which the DA's younger leaders such as Mmusi Maimane are going about their business.

Helicoptering people in, especially at the very top, is a risky and counter-productive thing to do. And when the person in the helicopter is someone as impulsive and essentially ungovernable as Ramphele, then you really are taking a massive gamble.

As I wrote on these pages at the time when Agang SA was formed, Ramphele is fundamentally ill-suited to the particular demands of party politics.

All her many strengths as a human being – her courage, her independence of mind (for that adjective, in this context read: "undisciplined") and her self-professed fondness for being an organisational "change agent" (read: move in, shake things up, leave) – render her wholly ill-equipped for the inevitable exigencies of party politics.

Then, I thought Agang would be lucky to muster 3% of the vote. Now, broken as it is, with a leader who can never again be trusted by either Agang members and employees or potential donors, it will be very lucky to get even 1%.

That Ramphele – whose political career, such as it was, is now over – claims to believe it is possible to be the so-called presidential candidate for one party, without joining it as a member, and while remaining a member and the leader of another party, proves just how little she grasps the nature of the political game.

Indeed, in the frantic hour-long meeting between Ramphele and the DA leadership shortly before the rushed press conference to announce their deal, the DA was astonished to discover that Ramphele was unaware of the constitutional provision that requires MPs to be, and to remain, members of the party on whose ticket they were elected.

What is so inexplicable is that the party leadership should have failed to nail down an absolutely watertight agreement with Ramphele. Instead, they assumed that her participation in such a public announcement would constitute a binding commitment to join the DA.

For any "normal" politician, it would have been. But Ramphele is not a normal politician.

What a misjudgment that was. It tells us that the DA's greatest enemy may now be impatience. As its strategy of building painstakingly on the platform of government in the Western Cape and the City of Cape Town, targeting young voters, especially aspirant black voters, and diversifying its leadership has gathered traction, so its electoral prospects have improved exponentially.

But whatever the gains the DA makes at this election, this remains a long-term strategy.

So the sudden arrival of Ramphele was an impetuous departure from the strategy, however long Zille had flirted with the idea.

DA leaders have defended the decision on the basis that, having been approached by Ramphele, who was seeking to escape the personal embarrassment of Agang's disaster at the polls, they could not say no and could not be seen to say no.

Furthermore, they hoped that it would, at a stroke, deal with their Achilles heel: employment equity. They assumed that if it was Ramphele who attacked BEE then it would resolve the current sense of equivocation and end an unresolved division of views within the DA on an ANC policy that has directly benefited many of the voters the DA is targeting.

But any such advantage would have been eclipsed by new confusions in policy and positioning: the DA campaign would have been constantly distracted by having to deal with Ramphele's inevitable lapses from the party line. In this sense, the DA has dodged a bullet.

Accordingly, the party is looking forward to next Thursday evening's State of the Nation address rather more than usual, if only because it will serve to place the focus back on to Zuma and the ruling party.

It may be Zuma's most important speech ever. His leadership is under great pressure. The tide was turning before the death of Nelson Mandela, and the period of mourning that followed served to highlight Zuma's own inadequacies as a leader.

Somehow, Zuma has to use the address to retrieve some of his battered credibility in the eyes of the public and in his own party. Even among loyalists, he has become a figure of fun, such has been the endless list of infelicities with which he has been associated.

As the year unfolds, Nkandla will not go away: the media, the opposition and the public protector will see to that. It will continue to hound Zuma. And, then, later in the year, the DA's judicial review of the decision to drop the corruption charges against Zuma shortly before the last election in March 2009 will come to court.

And if the ANC drops beneath 60%, which is possible, depending on whether Zuma's popularity in Kwa­Zulu-Natal holds up, then it will constitute another nail in Zuma's political coffin. Reluctant though the ANC may be to recall another serving president, he may not survive the year.

Regardless of whether the province again saves his bacon, if the ANC loses another 8% in the other eight provinces – as they did, on average, in 2009 – then, with an eye on the 2016 local government elections, the ANC leadership may decide that Zuma has become a liability.

The ANC is likely to use the 20 years of democracy celebrations to look back to happier days rather than forwards because, having apparently run out of fresh ideas, the ANC's past looks brighter than its future.

The State of the Nation address is an opportunity to try to inject a much-needed sense of purpose and energy into the ANC's brand as it goes into the campaign period.

Though the choices in terms of real policy – in terms of solving South Africa's most stubborn problems, especially how to create decent new jobs, reduce inequality and build social capital when the country's economy is so vulnerable to external factors and apparently so uncompetitive – are hardly overwhelming for the electorate, 2014 will be the year in which South Africa's party politics becomes both more competitive and essentially a two-party system.

There is space for a new formation on the left, such as the one that the National Union of Metalworkers of South Africa looks likely to try to launch later this month, though it would face all the problems that start-ups have faced and failed to overcome since 1994.

Despite the limited options for the electorate and the underlying socio-economic fragility, unless there is serious violence during the campaign, South Africa's democracy will emerge looking stronger.