Graeme Pollock exceeds his own boundaries 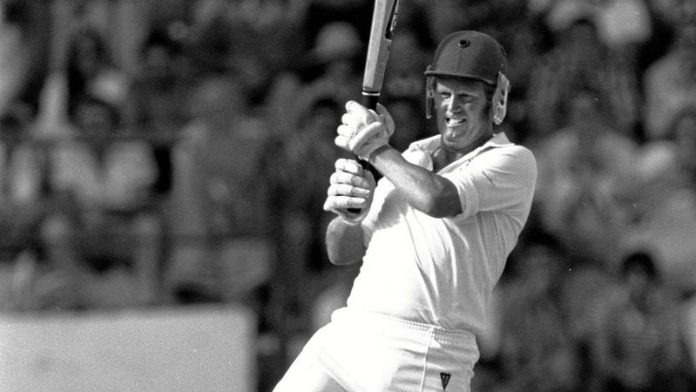 In the frequently unsettled world of South African cricket, Graeme Pollock is one of the few players from the age of apartheid who can bring a smile to almost everyone's lips. After years of debate, the Eastern Province cricket board finally agreed before Christmas to name the grandstand at St George's Park after the sweetly menacing left-hander.

It was a generous and long-overdue gesture – but one with a barb. In an aside before the ceremony, he was pointedly reminded of his defection from Eastern Province to the then Transvaal in 1978.

"After all this time, for some of them, I was still a veraaier [traitor]," Pollock commented wryly in a Bryanston coffee shop last week. "I came up to a really good job in Johannesburg; that was what it was all about. We used to dislike the Transvaalers. They came down [to Port Elizabeth] with this arrogant attitude and, to make matters worse, they always beat us."

Recognition, in whatever shape or form, is welcome nowadays, because Pollock is not well. He has lost 14kg in the past two years, first as a result of a resistant stomach virus, then because he had a section of his colon removed. In mid-December, he was talking to his daughter at home and she noticed his cheek sagging; for an hour he couldn't talk.

"A mild stroke was diagnosed," he said. "We moved from one hospital to another trying to find a neurologist. We struggled because they were all in their holiday houses in Plett."

Pollock has since been undergoing speech therapy and there is nothing in our conversation to suggest slurring or lack of control.

Aussie fanatic
When discussing things Australian, in fact, he is almost animated. He admired Neil Harvey, reserved some of his best Test innings for the Aussies and identified strongly with their precocity and self-belief.

"I was an Aussie fanatic – after South Africa, of course," he said. "I always backed the Aussies. I preferred them to the English gents. The Aussies went at you nonstop. If you got off to a good start, England went defensive pretty early, putting a cover sweeper out, that sort of thing. The Aussies went at it hammer and tongs from the beginning."

The Australians seemed to charm something brilliantly destructive from Pollock's unconscious. He scored five of his seven Test centuries against them and averaged close to 70 at home and away. In Adelaide on the South African tour of 1963-1964, he met Eddie Barlow at the wicket with South Africa on 70 for two. Trevor Goddard's men had bowled out the home side for 345 in the first innings, the kind of total that looks suddenly imposing if the side batting second stagger, say, to 90 for five.

Both the young men, running amok in the final session, went to their centuries before close of play.

"We scored 180 runs in the last hour," said Pollock, with the South Africans finishing the day on 295 for two. Sunday was a rest day, the two babes putting their feet up. On the Monday South Africa posted 595; Barlow's and Pollock's third wicket partnership of 341 was scored in 283 minutes and South Africa won the Test at a canter. Pollock was all of 19.

IPL irritation
Now just weeks short of his 70th birthday, the game's glories have faded for Pollock. He's not overly passionate about what he sees, gets irritated by the Indian Premier League and thinks that the cricket pendulum has swung far too far in favour of the batsman.

"There's no buzz, there's no vibe [at Test matches today]," he says. "A Test match in the Seventies was an occasion second to none. I wouldn't drive five kilometres nowadays to see anyone in particular."

Pollock isn't grumpy as much as disengaged. It's ironic because he played his cricket with peerless ferocity and one senses that his approach would have been ideally suited to the swaggering vulgarities of the 20-over game.

"Take it to the bowlers was my philosophy," he says. "Turn it around. Bowlers under pressure start churning out a lot of crap. Rodney Hogg [the fine Australian fast-bowler who came to South African with the rebel Australians in the late 1980s] said 70% of my shots would have reached the boundary if there were no fielders. That was a real compliment."

Time and the constant white noise of modern sport – the seductive merging of the relevant with the irrelevant – is what has really counted against Pollock. Few remember how good he was or how many newspapers he sold.

One eye on the ball
In 1971 in a club game he damaged his right eye. Glasses were prescribed. The incident made the front pages. The accident made an impression on me as a boy, akin to a concert pianist losing the use of a hand.

Batting with a prescription lens for the one eye and with glass for the other, Pollock scored 130 for the Rest of the World against Australia in Adelaide a month or two later.

"I can't remember who I was batting with but I remember asking them to take strike for 15 minutes because I couldn't see a thing. It was so hot that my hankie was sodden and I had no way of wiping the lenses."

Pollock's move to Transvaal rejuvenated his stalled career after South Africa were isolated. He found mateship in the province as he provided the lynchpin of the Mean Machine's middle order. Aged over 40, he rattled off a quick ton against Kim Hughes's rebel Australians, their attack featuring Hogg, Carl Rackemann and John Maguire.

It was a wickedly disrespectful innings, with Pollock observing the same verities that he always had. He took guard on leg stump, batted with a heavy bat and eschewed getting overly technical. The secret was in a strong and incredibly supple right wrist as he picked up length wonderfully early and manipulated the bat with incredible speed.

With the recent retirement of Jacques Kallis and the cruel marginalisation of Kevin Pietersen, the summer has already provoked elegies and paeans. We might yet need to gather up our memories of Pollock, struggling to bring him alive for a generation for whom he is simply an elegant old geezer forever lost in the aspic of a black-and-white newsreel.