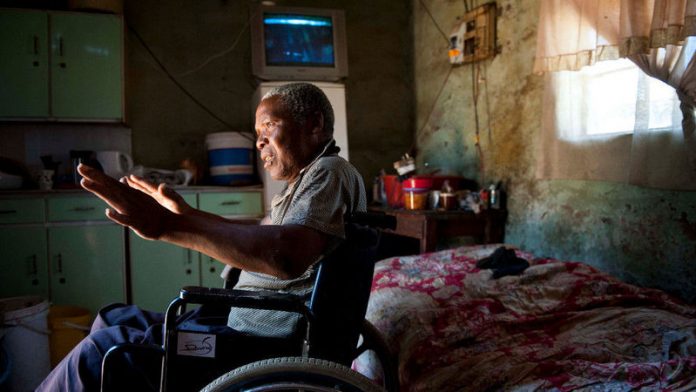 The small but often volatile town of Balfour in Mpumalanga featured in one of President Jacob Zuma’s first State of the Nation addresses. Phillip de Wet went there this week to find out how the residents felt and how the president’s promises had played out in reality.

HOUSING
"We will proceed from the understanding that human settlement is not just about building houses. It is about transforming our cities and towns and building cohesive, sustainable and caring communities with closer access to work and social amenities, including sports and recreation facilities." – Jacob Zuma, State of the Nation address, June 3 2009

There are two libraries in the greater Balfour area. In the town itself, several hundred books fail to fill two small rooms. It has a well-thumbed copy of Nelson Mandela’s biography Long Walk to Freedom on the shelves, in Afrikaans.

Also on the shelves, making up a significant part of the reference section, is the Afrikaanse Kinderensiklopedie (the Afrikaans Children’s Encyclopedia), which arrived at the library in 1966. On facing pages are two pictures of black people. One caption explains that black women tend the mealie fields because the men do no work other than to harvest. The other reads: "Thousands of Bantus work in our cities, especially on the mines."

The other library, in the Siya­themba township up the hill, is surrounded by dense fields of blackjacks and many discarded beer cans. The rubble from the fallen roof has been largely cleared away.

In what used to be the toilets, the tiles remain a pristine white. On the pillars of the perimeter wall, ANC posters exhort South Africans to register to vote. "Together we move South Africa forward."

The Siyathemba community burned down the library in 2010 during a particularly violent service-delivery protest. They regret it now, everyone interviewed said, though it seemed a good idea at the time.

"We protested in 2009 and they [the politicians] came to listen. We had to do something else to get them back here in 2010," said a man who claimed responsibility, in part, for setting fire to the building.

To get from Siyathemba, where nearly 90% of the town’s people live, to the library in town, costs R16 in taxi fare. Residents say they don’t bother. 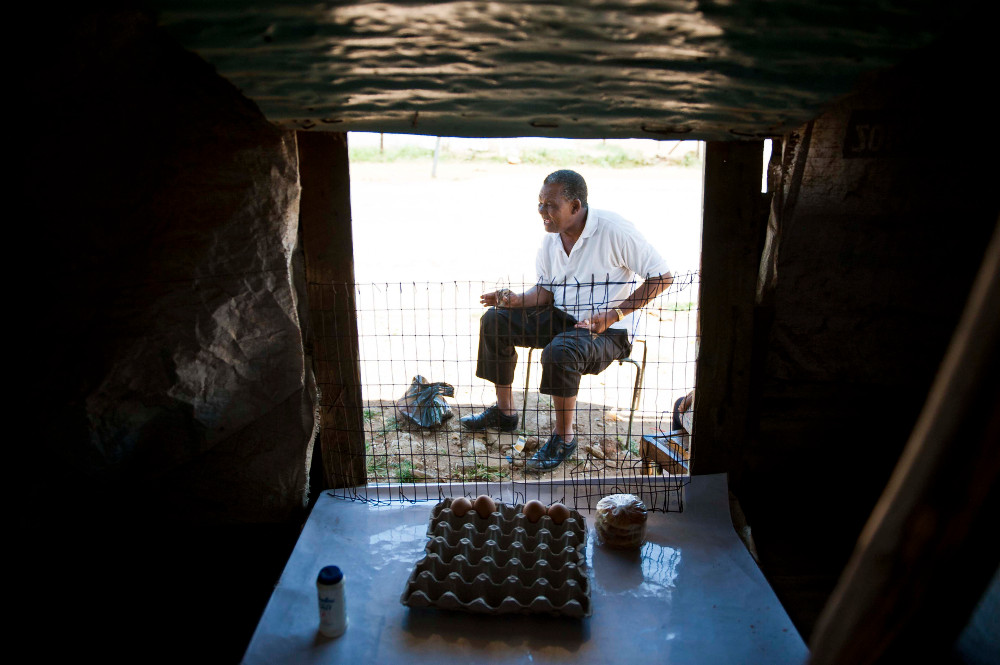 HEALTHCARE
"We are seriously concerned about the deterioration of the quality of healthcare, aggravated by the steady increase in the ­burden of disease in the past decade and a half." – Jacob Zuma, State of the Nation address, June 3 2009

The smell from Aaron Mologa’s festering feet permeates his small shack. It is sickly sweet, and not entirely unpleasant once mixed with the richer scents of old beer and dust.

Despite the evidence, Mologa insists the medication for his type 2 diabetes is working.

He gets the medicine from a local doctor, and pays for the consultations from his R1 270-a-month disability grant.

He used to get free healthcare at the local clinic.

Mologa lives alone. Neighbours change the television channel for him and help him to the outside toilet when it rains; he is paralysed from a knife wound to his back and his wheelchair gets stuck in the mud.

Mologa says he has never seen a social worker, or for that matter any government employee, other than the nurses at the hospital he visits infrequently for check-ups. Getting there and back requires eight changes of taxi, which is tricky with the wheelchair.

Will his neighbours call an ambulance if he slips into a diabetic coma?

Mologa laughs uproariously. "Yes. They’ll say: ‘This is the best way to make sure the old man is dead. Call the ambulance, then we wait until it comes next week’."

DEMOCRACY
"On the 22nd of April [2009], millions of South Africans went out to cast their votes. They exercised their democratic right spurred on by the desire to change their lives for the better … We are humbled by this decisive electoral mandate given by the people of our country, who have chosen their government in a most convincing manner." – Jacob Zuma, State of the Nation address, June 3 2009

Moses Ngozo has reached the age where melancholic nostalgia is his default.

"With apartheid, life was easy," he muses. "Things were cheap. We didn’t have all these problems you see today."

comes out at all – and a nearby township road that is closed after having been ripped up, and is now undergoing desultory, slow-motion repairs.

The repairs started at almost exactly the same time as political party canvassers started going door to door to get residents out to register, Ngozo says, and to impress upon them the importance of voting, and voting "right".

Ngozo is registered and plans to vote but, despite receiving his state old-age pension of R1 260 every month like clockwork, he says he has lost all faith in the government.

There have been too many promises, he says, especially just before elections, and there has been too little action.

"A man or a woman does not want your promises; they want you to do things," says Ngozo.

"This here, this is worse now than three years ago. Then they come here with their cars that cost more than a million and they make huge promises for things."

DRUG ABUSE
"… we need more energy in the fight against drug abuse and drug peddling in our communities. I have directed our police force to deal decisively with people who sell drugs to children in Cape Town and other areas." – Jacob Zuma, State of the Nation address, February 10 2011

The two young men I speak to are concerned about discussing such matters – the drug dealers have a long reach, they intimate. Still, they are outraged, and want outsiders to know what their community faces.

"The cops know who is selling that thing," one finally says, referring to the proliferation of the street drug nyaope in Siyathemba, especially among high school pupils. "They know the house, they know everything. They still walk around and sell, those guys."

They are surprised at being asked about alcohol. Of course school children are sold alcohol. But alcohol is not a problem. Alcohol does not make young men do crazy things for money, or even just crazy things minus the money. "This nyaope, that stuff! Yoh! You can’t let that happen." 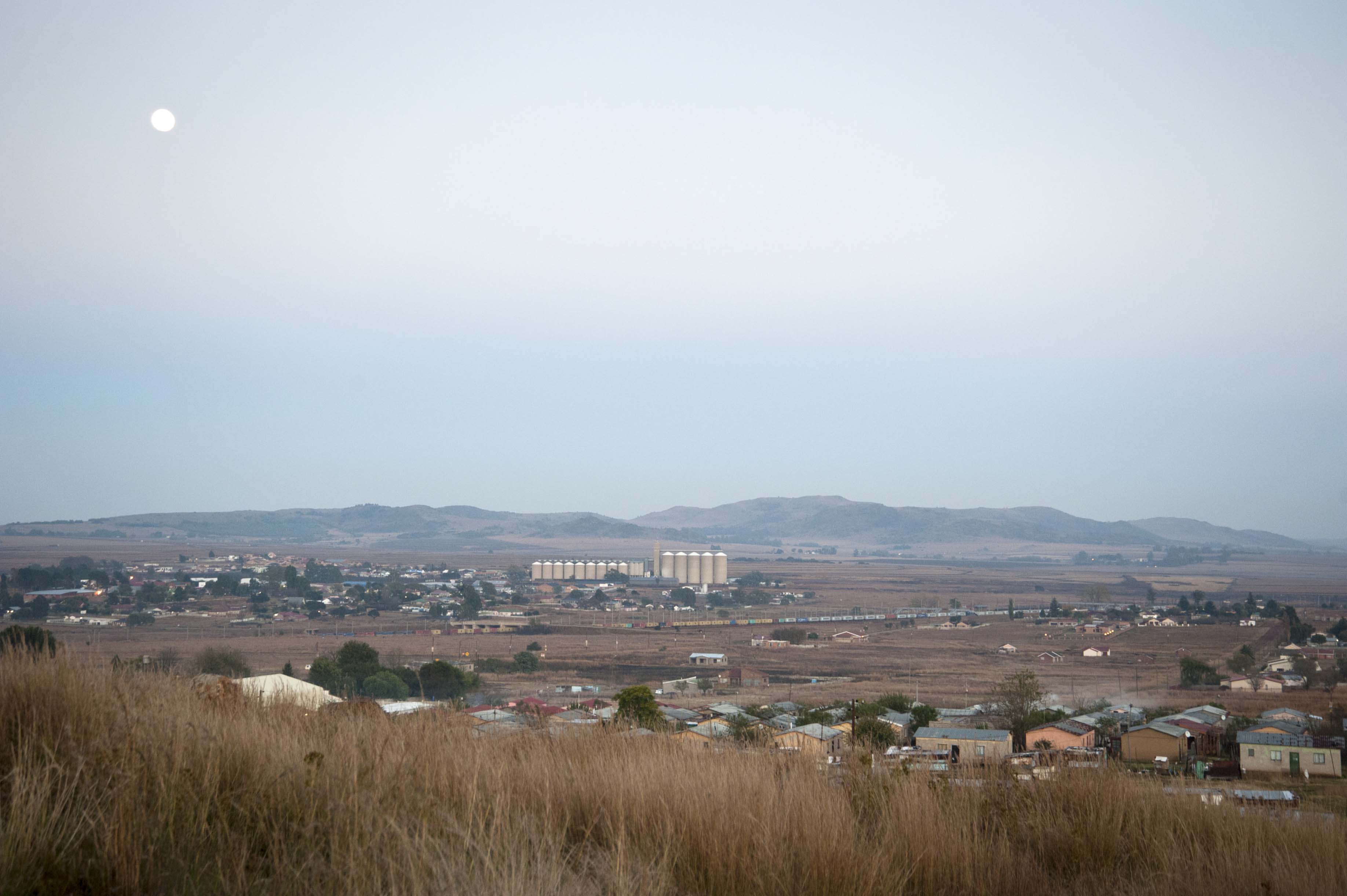 JUSTICE
"Our aim is to establish a transformed, integrated, modernised, properly resourced and well-managed criminal justice system. It is also critically important to improve the efficiency of the courts …" – Jacob Zuma, State of the Nation address, June 3 2009

"Our courts continue to function better, and the backlog reduction programmes at district and regional levels are proceeding well." – Jacob Zuma, State of the Nation address, February 10 2011

Mphikeleli Ngobeni stares distractedly at the cattle grazing just up the road from his house.

"I have to fix this fence," he says, pulling at strands of wire. "If those things come in here, that’s going to be trouble."

He used to fill petrol tankers before they set off to refill the reservoirs at petrol stations. Then he was accused of cattle theft. He spent two years in jail, awaiting trial, before being found not guilty.

"Now my house, it looks like this," he says. "I must fix it. I’m not working now. Where must I get money to fix it? You see they promote the crime now."

Ngobeni will not speak of the spate of break-ins the richer part of Balfour has seen in recent months but he expresses sympathy with those who steal.

"They say you are guilty of a thing, they put you in jail, they let you out and say ‘sorry’, then they make you do that thing so you have money to eat," he says. 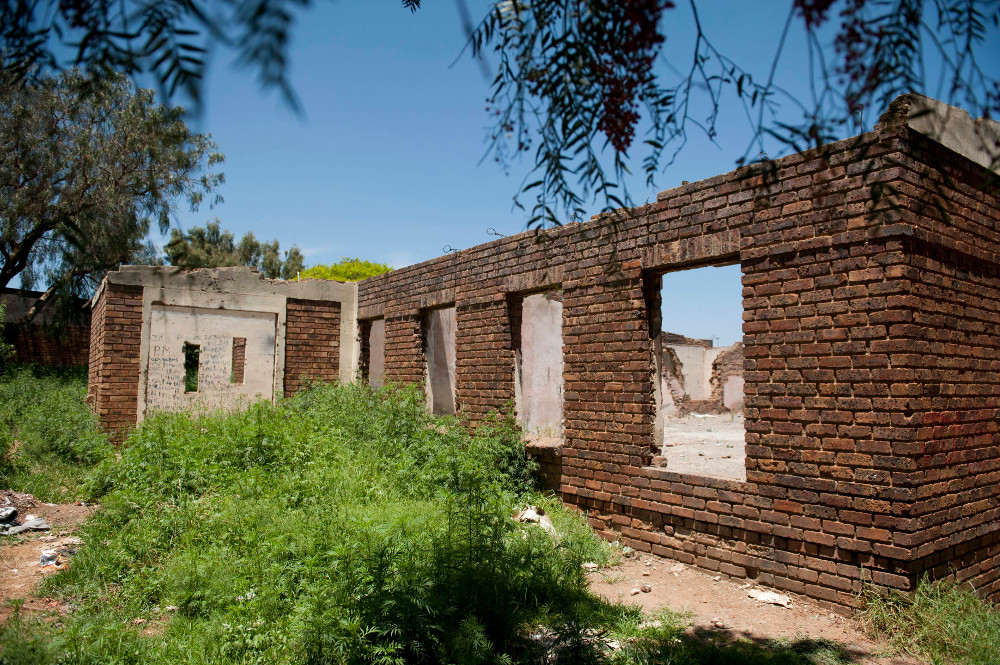 The library in Siyathemba (right) was burned down, although there is another in town (top right). (Madelene Cronjé)

TRANSPORT
"Using … developments in Limpopo as a base, we will expand rail transport in Mpumalanga, connecting coalfields to power stations. This will enable us to decisively shift from road to rail in the transportation of coal, which has caused a deterioration of the roads in Mpumalanga." – Jacob Zuma, State of the Nation address, February 9 2012

"We have to shift the transportation of coal from road to rail in Mpumalanga, in order to protect the provincial roads." – Jacob Zuma, State of the Nation address, February 14 2013

On January 22, one of the hundreds of coal trucks that travel past Balfour every day in a never-ending quest to keep the fires burning at the power station at Grootvlei – about half an hour away – rammed into a school bus carrying 50 pupils.

It was a miracle that only one child was killed, says Dutch Reformed minister Johans van Tonder. It is equally a miracle that such accidents are not more frequent.

"These trucks never stop, and they drive on a road that is so narrow," he says. "Have you seen that side? There are no lines on the road there. There is nothing."

Van Tonder describes a third miracle – the fact that bystanders at the crash scene managed to tackle a distraught father (whose child, it later turned out, was not injured) before he could shoot the driver of the truck. Even after he was subdued, he continued to threaten to kill the driver.

The rail connection to the power station will be completed soon, says Van Tonder, who also runs the local business chamber – or so the town hears. But it also hears that the receiving terminal has run into planning trouble and will not be completed for some time; how much time is not clear.

"As far as we know the trucks will just keep running and they’ll just keep patching the road," he says.

President Jacob Zuma’s State of the Nation address was delivered after the Mail & Guardian’s deadline.