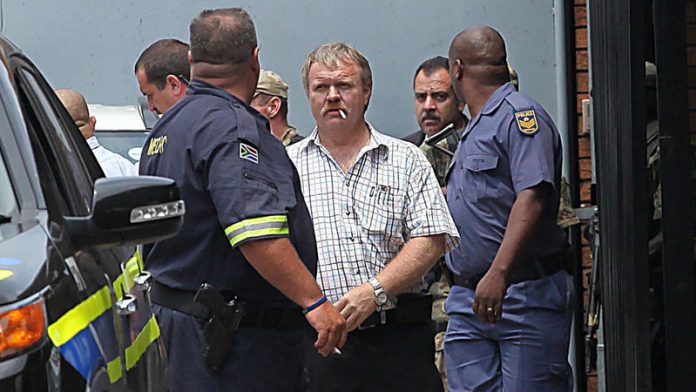 George Louca is expected to appear in the Kempton Park Magistrate's Court on Tuesday in connection with the murder of Teazers boss Lolly Jackson.

Louca was extradited to South Africa earlier this month after losing his final appeal in the Cypriot Supreme Court, the last of several attempts to avoid extradition. He was then charged with Jackson's murder.

He fled South Africa after the murder of strip club boss Jackson at a house in Edenglen, on the East Rand, on May 3 2010. During his last appearance, Louca told the court he needed between seven and 14 days to find an attorney.

Denies killing Jackson
Last year, the Star reported about a voice recording of Louca, during which the Cypriot claimed he had not killed Jackson, but instead witnessed the murder.

"They [the police] know I didn't pull the trigger. How could I shoot him in my house? But I was there, I saw what happened. They forced me to pull him. They didn't know how to open the garage door, I did."

Louca reportedly felt his life was in danger as his brother, sister and child had all been threatened.

He claimed he'd called Gauteng crime intelligence boss Joey Mabasa – not to confess he killed Jackson as was reported, but to tell him who had. "I called the fucking police. I told Mabasa who killed Lolly. He organised for a meeting. He said come to harbour and all four were there. I saw them and I ran." – Sapa, additional reporting by Matuma Letsoalo