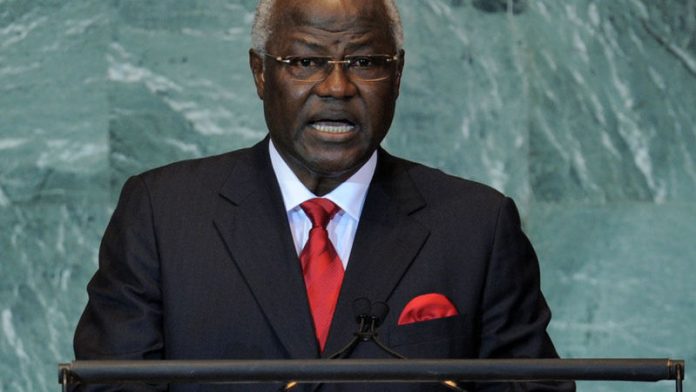 Sierra Leone's President Ernest Bai Koroma on Tuesday dismissed the energy minister and his deputy and suspended senior officials in the electricity sector in the wake of worsening power cuts in the capital Freetown.

Koroma, who has touted improvements in the power sector as the biggest achievement of his six years in office, sacked energy minister Oluniyi Robin-Coker and his deputy Martin Bash-Kamara for incompetence, according to a statement from the presidency.

Koroma also suspended the general manager of the National Power Authority, his deputy, and the most senior civil servant in the energy ministry "pending appropriate disciplinary action to be instituted against them", the statement said.

Explaining the dismissals, Minister of Information Alpha Kanu said that Koroma has "a passion for lighting up the country … so when he feels that his legacy is threatened, he'll take the right action".

It was the third time an energy minister has been sacked by Koroma since he was elected in September 2007.

The West African nation is still recovering from the effects of an 11-year civil war that ended in 2002.

The energy situation in the nation of 5.6-million people has improved under Koroma's tenure.

Low capacity
Generation capacity has increased from seven megawatts to 70, according to government figures, but it remains amongst the lowest per capita in Africa.

Freetown, especially in the west of the city, enjoys improved electricity after the completion in 2009 of the first phase of the Bumbuna hydroelectricity dam, which took three decades to build.

But power supply has deteriorated in recent months, causing frequent outages, and the dam is running well below capacity having been plagued by technical problems since its launch.

The government said last year it was aiming to attract $3.5-billion in investment with the aim of boosting generation capacity more than tenfold to 1 000 megawatts by 2017.

Musa Tamba Sam, a spokesperson for the opposition Sierra Leone People's Party, said Koroma's action was "too little, too late".

"The energy ministry is not doing well. The projects they are implementing are not realistic," said Sam, urging a total overhaul of the sector.

On the streets of the coastal capital Freetown, people welcomed news of the dismissals.

"There is a lot of incompetence in the government, with public officials only serving themselves," said Alpha Barrie, a schoolteacher. – Reuters

Dumped by their employers, and then stranded by their governments, African workers in Lebanon just want to go home. But it’s not that simple
Read more
Africa