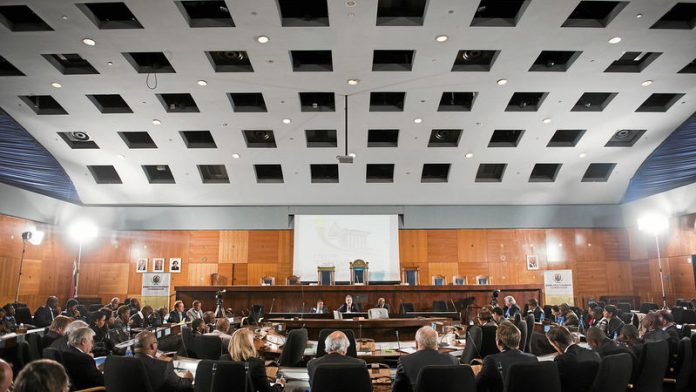 The farce perpetrated at this week's hearing of the Seriti commission of inquiry into the R70-billion arms deal showed once and for all that the commission is simply a further waste of state funds, and should be shut down.

Given that the state first closed down the Scorpions' criminal investigation, and then the Hawks' probe, this newspaper never had much expectation that Seriti would engage energetically with the evidence of corruption that exists.

Those low expectations were simply reinforced by the series of resignations from the commission – and the credible allegations of a "second agenda" to discredit arms-deal critics who have been nipping at the government's heels for more than a decade.

But there was some hope that the commission would at least critically examine the confidence trick at the very centre of the deal: the promise of offsets that were used so effectively to sell the package.

Offsets – countertrade and investment obligations to which the arms sellers signed up – were touted as being worth R110-billion.

On this line of inquiry, there was much public information that had previously been prised from the department of trade and industry to show that the real figures on investments, sales and exports derived from the offsets were substantially more anaemic than the promises suggested.

At the heart of the critique of the policy (never mind its implementation) was the issue of "multipliers": the weasel tool that allowed figures to be multiplied by as much as a factor of 70; in so doing magically transforming modest achievements into laughably enormous offset "credits".

So there was more than enough doubt about the figures and the policy to offer the commission something to get its teeth into, to salvage its reputation as a bloated pleasure cruise whose captain was mandated to chart a safe passage through the shoals of allegation and scandal.

And of course the man who stood at the apex of the offset policy – former trade and industry minister Alec Erwin – was not a hard target politically; being, as he is, a pallid has-been from the Thabo Mbeki era.

The previous evidence of officials and former officials from the department even offered a promising platform, despite the soft questioning.

Paul Jourdan, an early critic of the arms deal offsets, stuck his neck out again and insisted that the contracts signed with the arms companies did not make provision for multipliers in the way they were subsequently applied.

The remainder of the responsible officials all insisted that the authority to grant multipliers lay with the minister.

But, instead of a grilling, Erwin didn't even get to warm up before he was sent on his way.

From the side of the evidence leader and the commission, Erwin was allowed to get away with claiming that he was only involved with broad policy matters – and delivering a theoretical lecture on the economic "rents" that offsets were designed to exploit.

When the advocate representing Lawyers for Human Rights objected to having to cross-examine Erwin without getting access to the offset contracts that were at issue, her concerns were waved away by the commission.

Erwin was excused without facing a single difficult question.

His exit should mark the end of this exercise in futility and waste.