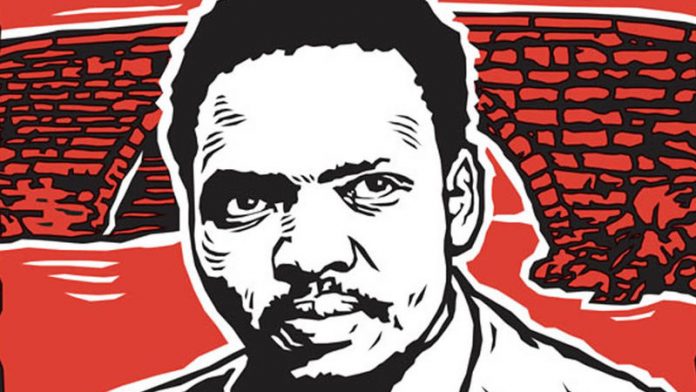 Close to 40 years ago, a group of young activists leading the Black Consciousness Movement (BCM) sat in long debates, over a period of four years, about whether or not it was right for their movement to align with the ANC. Opinions diverged.

One school of thought was that the white leaders in the ANC's ranks were part of the problem in terms of perpetuating the inferiority complex the BCM ideology sought to dismantle. The other school of thought believed the BCM should focus on mass mobilisation, while acknowledging the ANC as the leader of the revolution.

It is ironic that in 2014 one of the BCM's founding leaders, my mother, Mamphela Ramphele, should face charges – both internally, within her movement, Agang SA, and externally – that her wish to recognise the Democratic Alliance (DA) as the leading opposition platform, and one with which her organisation should merge, is flawed because the DA has white leaders.

The ANC leadership is particularly guilty of misdirected criticism, given the party's all-consuming focus on racially transforming every part of South Africa's landscape. Surely nothing is crying out for transformation more than our opposition politics, with its audible racial undertones?

The opinion of those who opposed the Agang-DA merger (cancelled within days) was that the DA was fundamentally constrained by its heritage as being descended from the Progressive Party and its links to conservatives who view opposition politics as an extension of the identity politics of old. They believed this flaw would burden Agang with the DA stigma.

Many people in the country believe the DA represents the interests of white people, which the majority of black people do not believe are the same as theirs. That's why Lindiwe Mazibuko, as a DA leader, is no more trusted in this regard than Helen Zille. She is subjected to the same invective as that being hurled at Ramphele, who is herself charged with opportunism for wanting to merge Agang and the DA. Many question the move, seeing it as inconsistent with her background or personal narrative. Notwithstanding the fact that her personal track record of transforming previously white-dominated institutions such as the University of Cape Town is strong, she failed to contextualise adequately her belief as to why this merger was necessary.

Inside the DA, Zille is faced with the charge that she, as leader, was capitulating by agreeing to step down as the DA's presidential candidate and potentially the leader of the party – that she gave in too easily to calls demanding a black-led DA. Paradoxically, she is also accused by progressives in the organisation (and those who watched the attempt at a merger with Agang) of not being truly willing to extend full control to a black candidate who will lead the party into a post-racial future.

I was surprised by the pettiness (both public and private) that Zille showed when things didn't work out the way she wanted, but I have known her since I was a teenager and can confirm that she is neither a racist nor a puppet master wanting to control my mother from behind the scenes. She is a committed South African who tried to do what she felt was best for the long-term benefit of her organisation.

In fact, both Zille and Ramphele are guilty of a political sin often committed by visionary leaders, not least Steve Biko in 1976 when he tried to meet Oliver Tambo to bring the BCM closer to the ANC. This political sin is to be ideologically ahead of your constituency.

Leaders of various organisations have failed to execute complex mergers because of their inability to break down entrenched interests that resist transformative change within their organisations. Few have done so in as spectacularly public a fashion as Zille and Ramphele (nor have I seen any of them seal their deal with a kiss!). Their chief failure was in not selling this merger to key members of their constituencies prior to announcing the deal. Many could legitimately accuse Ramphele of failing to keep the focus on her constituency and of allowing Agang to become embroiled in petty party politics.

Mergers and consolidations are a part of both opposition and governing party life. The ANC swallowed the New Nationalist Party without being accused of selling out. The ANC's track record, together with the strong connection it has with its branch network, affords it that right. The DA and Agang need to earn this right. The DA should in future be a gracious partner and not rub it in the smaller parties' faces that, if they merge with the DA, it's the DA that will run the show. The trust and credibility these organisations bring to the DA cannot be underestimated.

The South African political landscape is currently enduring the rumbles signifying a tectonic shift. I believe that the 2019 elections will see three major opposition parties vying for a share of South African's votes: a labour party that might include the Economic Freedom Fighters; a more centrist ANC, possibly led by Cyril Ramaphosa; and an economically more conservative though socially liberal alternative opposition party. Other smaller parties will have to consolidate with one of these three platforms to become meaningful political players.

As a testimony to South Africa's wealth of political talent, each of these potential platforms will be spearheaded by bright young leaders in the mould of Malusi Gigaba, Fikile Mbalula, Lindiwe Mazibuko or Julius Malema. Leaders such as Ramaphosa, Zille, Ramphele and Zwelinzima Vavi are offering themselves as bridges between two generations.

Bridges are stepped on, abused and sometimes deformed by the people that use them. To be a successful bridge you have to earn the trust of your constituency. But sometimes you have to will them forward to take some leaps of faith. Sometime in the not too distant future, the issue of trust is going to diverge with race in South Africa. Zambians have after all just entrusted a white deputy president with their country's future. South Africans are not yet ready to do this.

Zille's challenge is to convince people (like me) who have consistently voted ANC to convert to her party because we believe she can manage the difficult task of creating a meritocratic society while continuing to address past imbalances through real socioeconomic transformation. Although the DA manifesto articulates this stated purpose, I have yet to hear a coherent strategy proposing a set of believable solutions in this regard.

Reports tell us that the future labour party will work for the next two to three years on the drafting of a coherent set of policies that they would like to sell to prospective voters. Agang too has yet to differentiate itself significantly from other parties through its policies, apart from the laudable call for electoral reform, which could be a significant catalyst for positive change.

In the absence of much-needed details on policy, this year's election becomes an odd beauty parade in which the women get beaten by a slightly overweight man in his early 70s – blessed with a good voice, a great smile, lots of wives and some wicked dance moves.

I remain convinced that the ANC will be the biggest force for good that South Africa has ever seen. The central reason for my belief is that the ANC remains the only organisation that has restorative socioeconomic justice, in the form of economic empowerment opportunities for the black majority, at the centre of all its policies. The party's current crop of leaders has many faults, but they have been consistent about attempting to broaden participation in our country's economy. Without the success of this project, South Africa is bound to become unstable at best, or – worse – follow a path towards high-intensity class warfare.

A hundred years of history cannot be wiped out because people are uncomfortable with the current president. The ANC's powers of self-correction are proven, and the signs are pointing to such a self-correction taking place as we speak. The ANC is Africa's most successful black institution – by many measures.

All South Africans, black and white, need a strong and healthy ANC. Increasing the real political competition it faces is the surest way to that end. Zille and Ramphele have to step up to the plate and deliver a credible alternative – or step out of the way as alternative bridge-builders present themselves.

Hlumelo Biko is author of The Great African Society: A Plan for a Nation Gone Astray (Jonathan Ball)

Hlumelo Biko
Hlumelo Biko is a South African businessman and investment banker. He is the son of Steve Biko and Mamphela Ramphele.
Facebook
Twitter
WhatsApp
Linkedin