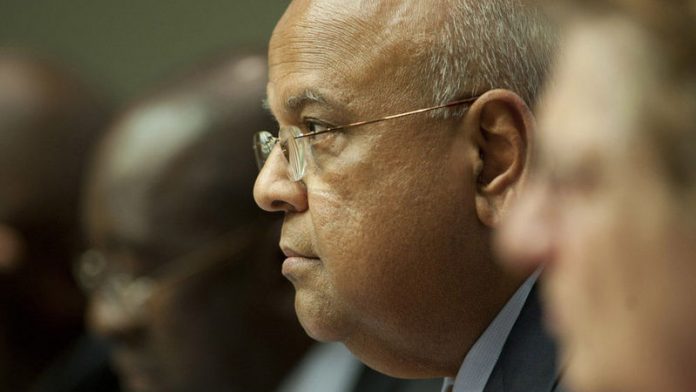 Finance Minister Pravin Gordhan's budget address and South Africa's latest growth figures are the big items on this week's domestic economic calendar. Elsewhere in the world, economists and investors will be on the lookout for gross domestic product (GDP) data from the US, UK, Germany and India over the coming days. Your complete guide to the week ahead follows.

Africa
Nigeria is expected to finally complete a rebasing of its GDP data this month. This recalculation is widely expected to make Africa's largest oil producer the continent's largest economy as well. But, for now, South Africa remains in the top spot and will release fourth quarter growth figures on Tuesday.

Economists expect South Africa's figures to show that the country's economy expanded by 3.4%, quarter on quarter, during the last three months of 2013, or 2.1% from the same period a year earlier. The World Bank anticipates lacklustre 1.9% growth for 2013 as a whole, but acceleration to 2.7% growth in 2014.

Gordhan's budget speech will follow on Wednesday and will outline government's spending plans for the next three to five years.

Gordhan is in a tough spot. South Africa's budget deficit for the 2013/14 financial year is forecast at 4.2% of GDP. It is expected to decline only slightly to 4.1% in 2014/15. The country's economy is too weak to sustain substantial tax hikes, but calls for additional spending to improve service delivery are on the rise, particularly in the run-up to this year's elections.

As a result, the South African Institute of Tax Professionals, among others, expects Gordhan to announce selective tax increases. The only substantial tax relief, which may be announced, is for those earning less than R165 600 per annum.

Elsewhere on the continent, interest rate decisions are expected from Angola, Zambia and Egypt this week. Kenya, Namibia, Tanzania and Morocco will update on money supply over the coming days and Kenya and Uganda will report February's consumer inflation figures on Friday.

United States
US Federal Reserve chief Janet Yellen will resume her semi-annual testimony on monetary policy to Congress on Thursday. Her previously scheduled testimony before the Senate Banking Committee was postponed due to inclement weather.

Ironically, America's particularly bad winter, and its impact on economic activity, is likely to be one area of focus for lawmakers' questions. Analysts will also focus on Yellen's comments on the Federal Reserve's on-going stimulus reductions and possible triggers for an interest rates rise.

On the data calendar, economists will be on the lookout for three regional manufacturing gauges from the Federal Reserve banks of Dallas, Richmond and Kansas City along with a slew of housing market data this week.

This week's housing data will be largely discounted due to weather-related distortions, but durable goods orders, consumer confidence readings and preliminary fourth quarter GDP figures – also scheduled for release over the coming days – will be examined closely.

Durable goods orders – a measure of how busy factories will be over the coming months – will be released on Thursday. Analysts expect orders to have fallen 1.6% on a monthly basis in January, an improvement on December's 4.3% decline.

The Conference Board's consumer confidence index – due on Tuesday – is likely to drop to 80.1 in February from 80.7 in January. The Reuters-University of Michigan consumer sentiment index, however, is likely to rise to 81.5 on Friday from 81.2 last month.

Friday's GDP data is expected to show that the world's largest economy expanded by 2.5%, quarter on quarter, during the October to December period. Advanced estimates placed growth at 3.2%.

Europe
Germany's Ifo Institute will publish its business climate index for February on Monday. In line with other recently released forward-looking indicators –? including composite purchasing managers' index readings and economic sentiment scores from Germany's ZEW Institute – markets foresee improvement. Analysts expect the index to climb to 110.9 from 110.6 in January.

Attention will remain on Europe's largest economy on Tuesday as Germany releases final fourth quarter growth figures. The tally of GDP growth is likely to remain unchanged from previous estimates of 0.4%, quarter of quarter, and 1.3%, year on year.

Also on Tuesday, France's INSEE survey of industry is likely to show that the business climate in Europe's number two economy deteriorated slightly in February.

On Wednesday, attention will turn to the United Kingdom's final estimate of fourth quarter GDP. Markets do not expect GDP growth to change from the 0.7% rate of expansion estimated previously, but will be scrutinising the sector figures contained in this version of the report.

Friday will also bring the eurozone's latest unemployment data. Analysts expect the region's unemployment rate to have remained unchanged at a near record 12%.

January was the first month in a year in which prices rose at a slower pace, year on year, than in the preceding month. Nevertheless, analysts will be on the lookout for further policy curbs to the property sector at next month's gathering of the National People's Congress.

Consensus is that Japan's national core CPI – which excludes perishables – rose from a year earlier for an eighth consecutive month in January. Economists surveyed by Market News International (MNI) expect to see a 1.2% year-on-year rise, down from 1.3% in December.

Japan's unemployment rate likely rose slightly, to 3.8% in January from 3.7% in December. Household spending is expected to have risen 0.5% from a year earlier and retail sales may have climbed 4.1% during the first month of 2014 – up from 2.5% in December – driven mainly by high demand ahead of a planned sales tax hike in April.

Elsewhere in region, Friday will also bring India's fourth quarter growth figures. Analysts believe that Asia's third largest economy probably grew by around 4.8% during the final three months of 2013, the same rate observed in the prior quarter.