Budget: Who got which piece of the pie? 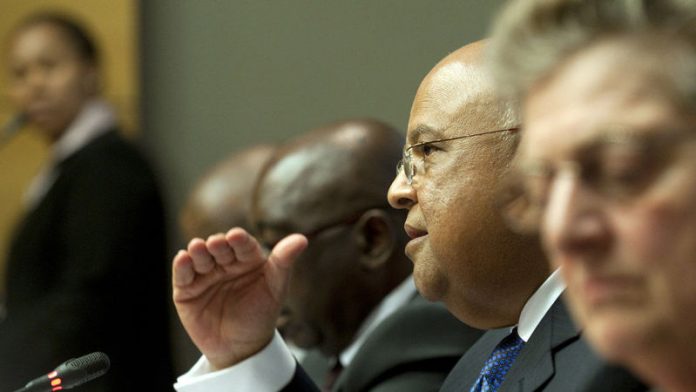 The 2014/15 budget makes it clear that the government coffers have been sealed up and are being patrolled by the fiscal debt police officers. But who is getting which portion of the rations that have been divvied out?

This year's R1.25-trillion budget had to meet a variety of objectives. There was much-needed economic growth to stimulate; there was infrastructure to develop; but – and perhaps most importantly in an election year – there was an electorate to satisfy. And at the top of the budget's list were jobs, housing, basic services and education. Perhaps predictably, then, social spending nabbed the biggest slice of the pie.

Of this, however, voters might be interested to see that employment and social security (specifically, the Unemployment Insurance Fund, or UIF) saw the biggest increase of all the allocations. At R57.3-billion, it has grown by 19.7%. This came about as a result of a change in the laws governing UIF, which require more resources to be allocated to it. The sector also includes public development programmes such as the Expanded Public Works Programme.

Increasingly violent and numerous service delivery strikes have made their mark on the budget. The second biggest allocation increase has been awarded to housing and community amenities – a rise of 12.3% and a total amount of R142.9-billion.

"Mister President, in your State of the Nation address, you observed that the community protests are a sign that our people want government to quicken the pace of delivery of housing, water, and sanitation," said Gordhan in his budget speech to Parliament on Wednesday.

On the matter of basic services, Gordhan also gave a nod to increasing access to electricity. Over the medium term the government undertook to "add to electricity supply to improve the balance between available energy and the amounts required by businesses and households to thrive".

In keeping with previous budget allocations, education and related functions received a total of R253.8-billion, the largest individual allocation. Under the education umbrella, recreation and culture saw the highest increases – an allocation of R10.6-billion and a spending increase of 10%.

In a departure from the past few years, the next biggest winner was university education, with an allocation of R29.9-billion and an increase of 6.5%. Perhaps in reaction to recent student protests over fund allocations, Gordhan highlighted that R19.4-billion had been allocated to the National Student Financial Aid Scheme over the next three years.

There was a retreat from vocational and continuing education training, which has become something of a hobby-horse for the government in general and the minister of higher education, Blade Nzimande, in particular. It actually saw an allocation decline of 0.3%. Perhaps in response to on-going controversies around textbook deliveries to schools in rural areas, education administration has received an increase of 6.2%, an allocation of R12.3-billion.

Despite being the largest allocation in the budget, education only increased by 5.5% this year, slightly lower than inflation predictions.

Welfare
Social protection was of particular mention and increased by 10.3% to R144.5-billion. Old age and disability grants will increase in April from R1 270 per month to R1 350 per month. This means old age grants will now demand R49.8-billion, a 12.4% increase from last year.

Provincial welfare services are also seeing a bigger slice of the pie: with an allocation of R15.4-billion, it will be a spending increase of 21% from last year.

Health also received an overall 8.5% increase to R145.7-billion. In this category, HIV and tuberculosis got the biggest allocation increase. The HIV treatment programme will act as a recipient, with enrolment expected to expand by about 500 000 a year, said Gordhan.

One of the solutions in which it is planning to achieve this, is by allowing less wiggle room than before. The contingency reserve has been decreased from last year's already-trim R4-billion to only R3-billion this upcoming financial year. An interesting side note: the auditor general discovered that last year's unaccounted-for government spending was R33-billion; 11 times this amount.

"To maintain the expenditure ceiling, additional allocations to priority areas … have been achieved through reprioritisation across departments," said the budget review.

Digital games can provide forums for diverse groups of people to come together, which is especially important while our physical activities are restricted
National

Education department delays 2021 academic year as the Covid-19 death and infection rates rise rapidly, but assures 2020 matrics that results will be released on time
Advertising