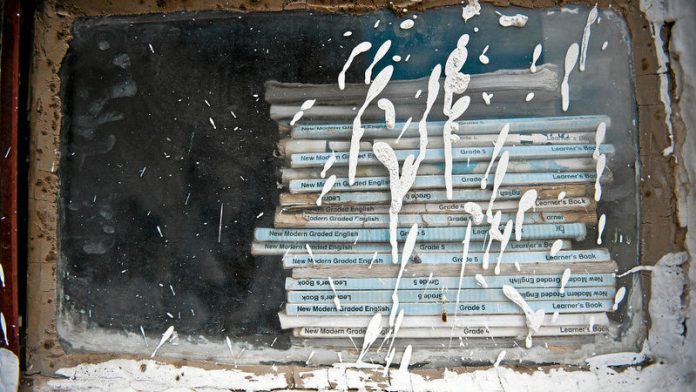 Some schools in Limpopo have still not received their textbooks for the 2014 school year, Rapport newspaper reported on Sunday.

"They [the education department] make a fuss on the radio to say that the books are delivered, but that is not so and it is a problem," Sipho Mothobuka, the principal of Moloketla Primary – one of the affected schools –  told the newspaper.

A maths teacher at the school, Daniel Ramatladi, said teachers sometimes wrote out the whole textbook on the blackboard.

Moloketla Primary was one of eight schools in the Capricorn and Mopani districts in Limpopo that journalists visited to ascertain whether textbooks had been delivered for the 2014 school year.

The media team – from Rapport's sister publication, City Press – found that there were serious textbook shortages across grades and subjects – although these were not nearly as bad as the shortages experienced in the province during 2012.

Elijah Mhlanga, a spokesperson for the basic education department, said that the shortages could be a result of the migration of students between different provinces at the beginning of the year. – Sapa

The past 18 months have been tough for women cross-border traders, who saw their income vanish when borders closed
Advertising