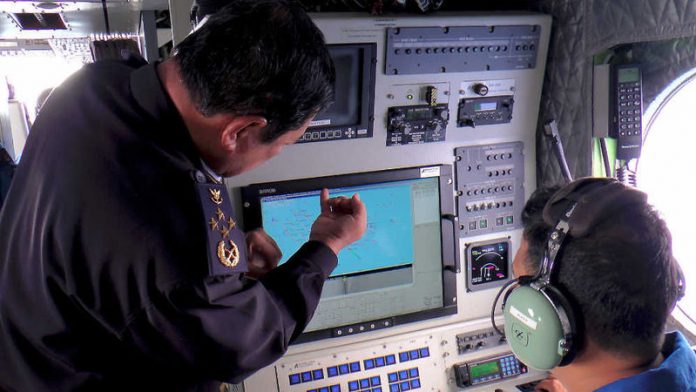 Suspicions that the Beijing-bound Boeing jet, which vanished on Saturday with 239 people on board, may have been hijacked or bombed have risen after at least two passengers were found to be using stolen passports, though Malaysia's government stressed it was considering all possibilities.

Malaysian investigators, assisted by the FBI, are probing the identities of four passengers in particular, two Malaysian officials with knowledge of the investigation told Reuters. The four comprise two travellers with European passports, possibly Ukrainian, in addition to two travelling on stolen Austrian and Italian passports, the sources said.

"We have deployed our investigators to look through all the security camera footage. Also, they are interviewing immigration officials who let the imposters through," said one official with direct knowledge of the investigation. "Early indications show some sort of a security lapse, but I cannot say any further right now."

The head of Malaysia's civil aviation authority told reporters on Sunday that two "imposters" had been identified by investigators as they made their way from check-in, through immigration to the departure gate. Malaysia's transport minister, Hishamuddin Hussein, confirmed that investigators were looking at four passengers. A spokesperson for Malaysia Airports Holdings, which operates the country's airports, declined to comment.

Malaysian Prime Minister Najib Razak said on Sunday that the country's airport security protocols would be reviewed, The Star newspaper reported. Asked how strongly investigators suspected foul play, the second official said: "There are initial indications but it's too early … who knows what happened on that plane. But we are keeping our minds open."

Uighur link "not ruled out"

The timing of the incident, a week after knife-wielding assailants killed at least 29 people at a train station in the southwestern Chinese city of Kunming, led to speculation that militants from China's Uighur Muslim minority could be involved.

One of the Malaysian officials said the authorities were not ruling out Uighur involvement in the jet's disappearance, noting that Uighurs were deported to China from Malaysia in 2011 and 2012 for carrying false passports. "This is not being ruled out. We have sent back Uighurs who had false passports before. It is too early to say whether there is a link," the official said.

Malaysia, a Muslim-majority country that has courted close ties with Beijing in recent years, deported 11 Uighurs in 2011 it said were involved in a human smuggling syndicate. The next year, it was condemned by US-based Human Rights Watch for deporting six Uighurs the rights group described as asylum seekers. Human Rights Watch said the six had been detained while trying to leave Malaysia on fake passports.

A source with ties to the Chinese leadership said there was no confirmed connection to Uighur militants, but described the timing as "very suspicious" coming so soon after the Kunming attack. Li Jiheng, governor of Yunnan province where Kunming is located, told reporters on Sunday that there was currently no information to show that the knife attack and the missing flight were "necessarily connected".

Malaysia Airlines operations director, Hugh Dunleavy, told reporters in Beijing that they were aware of the reports of stolen passports. "As far as we're aware, every one of the people onboard that aircraft had a visa to go to China," he said. "That doesn't mean they weren't false passports, but that means that it's probably lower down on the probability scale."

China has a reputation for being rigorous on visa approvals and checks at border entry points, but the pair's European passports may have enabled them to bypass the visa scrutiny. Under a recently launched exemption programme, citizens of many Western nations are granted visa-free entry for 72 hours upon arrival in Beijing as long as they have an onward ticket.

The BBC reported that the men using the stolen passports had purchased tickets together and were flying on to Europe. "People with fake passports present a huge problem for security," said Yang Shu, a security expert at China's Lanzhou University. "I strongly believe that they had something to do with the plane going missing." – Reuters

Ukraine's government said it had evidence that the missile battery that brought down a Malaysian airliner was manned by three Russian citizens.
Read more
Advertising