Mombelli’s stories from the heart 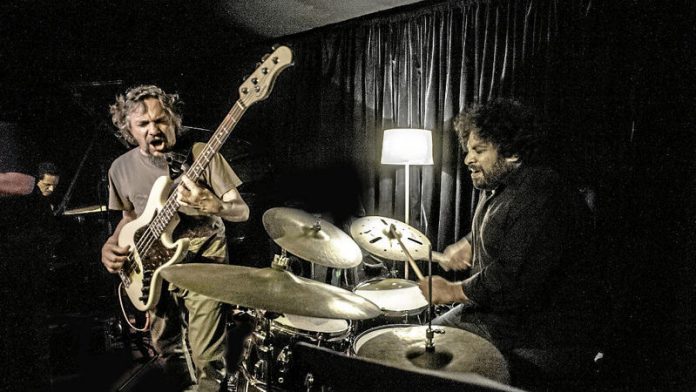 Mombelli, a lecturer in composition and jazz at the University of the Witwatersrand, is a South African jazz and experimental music institution, and a mentor and educator to many young music students through his Wednesday-night jam sessions.

When he is not busy teaching, he can be found on stage and in the studio, collaborating with some of the most interesting local and international musicians around.

We are having this chat because Mombelli has a new album out, titled Stories.

It was recorded at the Idee Un Klang studio in Basel, Switzerland, and I'm keen to get the lowdown from Mombelli.

I ask him why it is titled Stories, suggesting that it is a bit of a simple moniker compared with the titles of his previous albums.

"Oh, there are a lot of stories on here," he says, staring at the disc in front of him.

"This song, The Road Past Nieu-Bethesda, "my daughter was involved in a very serious car accident last year and her friend was killed.

"This concrete slab went into the car and struck her friend whose lap she was sleeping on. She was injured badly but survived."

As Mombelli recounts the tale, I can sense he is still traumatised by the event. "It was a nightmare to get that call from the hospital at six in the morning. When I sat thinking about the car accident one day, I just started playing this piece and it came out very dark."

The song is disjointed and scattered – a slow, mournful piece that conveys trauma, as though it's still reeling from the bad news.

Australian-born trombonist Adrian Mears plays brilliantly on the composition and German drummer Dejan Terzic steals the show with a spectacular contribution. "If you listen to the record, he is painting the whole time in very dark colours," says Mombelli of Terzic.

Mombelli tells me about the inspiration for Travels – Moving the Spirit, which combines the emigration of his other daughter to the United Kingdom to pursue her career in computer game development with a documentary about Zulus transporting a dead ancestor's spirit in a thorn tree to the deceased man's ancestral lands.

The song begins with Mombelli alone on bass. He is joined by some very gentle drums, as he sings a wistful melody, then Mears and Swiss cellist Daniel Pezzotti join the fray to magnificent effect.

Mombelli tells me he has been playing with Mears, Pezzotti and Terzic for four years now, going back to Europe every year to perform and workshop his music.

A new addition to the band is vocalist Mbuso Khoza, whom Mombelli discovered at the regular Wednesday-night jam sessions he hosts at the Bassline in Newtown, Johannesburg.

"He came up and sang with us. He was just stunning," says Mombelli.

It's clear from the subject matter on the album that Mombelli wrote the songs while in a reflective, contemplative mood.

Besides the songs about his two daughters, there is Song for Sandra, a composition about his wife he was commissioned to write for the Grammy award-winning Ethel String Quartet.

There is also Little Window in the Kitchen, about a young Mombelli staring at his dad's "round face" through a window in the door.

Then there is In Memory of Mrs Loveday, written over 20 years ago about his first piano teacher. Motian the Explorer, a composition about his musical hero, drummer Paul Motian, opens and closes the album.

Stories is a very personal record for Mombelli: an opportunity to pay respect to the people that matter in his life – his wife, his children and his musical teachers.

The final product reaffirms that Mombelli, now in his early 50s, is still very much in rude creative health. He is still pushing the limits of sound and writing challenging, beautiful work.

As an educator he is moulding and mentoring the next generation of South African musicians.

Carlo Mombelli is nothing short of a national treasure – you cannot argue with the depth, passion and inventiveness of his music.