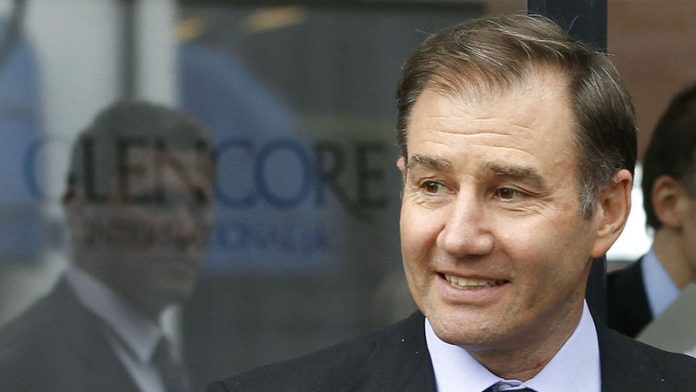 You may have glanced his way while he was out on a run around Zoo Lake in Johannesburg, or perhaps you've sat at the table next to him at your local pizzeria. But chances are you would not have had any idea that the man just metres from you was Ivan Glasenberg – one of the world's wealthiest and most controversial executives.

Each morning, Glasenberg changes out of his running clothes, dons a power suit and steps out as chief executive of $70-billion commodities giant Glencore Xstrata.

He is often described as charming when he wants to be and ruthless when he needs to be. "He has put the fear of god in almost everyone," a source said.

Peter Major, a fund manager and analyst at Cadiz Corporate Solutions, said Glasenberg could indeed be charming – "but then so was Stalin …You wanted to be liked by him and make him happy. Even if he had a reputation for being mean."

It may have been this reputation that saw Glasenberg's post box at his home in Rueschlikon in Switzerland blown up earlier this year by a group of activists protesting against the World Economic Forum in Davos as well as alleged poor working conditions at the company.

Company founder
Glencore was founded by Marc Rich, who made the company a fortune by trading Iranian oil to regimes such as sanctioned apartheid South Africa, and was infamously the focus of one of the largest tax evasion cases in United States history. He was pardoned by President Bill Clinton in one of his very last acts in office. Rich was reportedly forced out of Glencore in 1994.

Glasenberg joined Glencore in 1984 and worked his way up different coal-related divisions before becoming chief executive in 2002. When Glencore first listed on the London stock exchange in 2011, Glasenberg immediately became a billionaire.

Both the company and Glasenberg have been described as private to the point of being secretive. Now, however, as a listed entity, and with Glasenberg its largest shareholder, Glencore Xstrata is forced to be more transparent.

But it got off to a rough start when, at its first announcement that it would list on the London Stock exchange in 2011, every major news organisation in the United Kingdom received a letter from London corporate law firm Schillings warning journalists not to delve too deeply into the personal lives of executives, according to the Guardian.

"Glencore itself doesn't really allow for criticism. They go to court very easily if you write about them negatively," said David van Wyk, a lead researcher at the Benchmarks Foundation.

Analysts
Major said: "I know he has come down hard on analysts at times when he felt they weren't as bullish on the company as he was."

But a senior executive at the company denied that Glasenberg ever called any analysts.

Glasenberg, who owns 8.4% of the company, has garnered attention after taking home dividends of $173-million in 2012 and $182-million in 2013, despite a comparatively modest salary of $1.5-million a year. It is numbers like these that have earned him the 215th spot on the Forbes billionaires list.

Glasenberg was born in South Africa in January 1957, but has subsequently acquired citizenship in Australia and Switzerland, where he now lives.

Of Jewish descent, Glasenberg's father was a luggage manufacturer and importer born in Lithuania. His mother was from Springs.

Young years
Glasenberg grew up in Melrose, Johannesburg, and matriculated from Hyde Park High School in 1974. He went on to acquire a bachelor of accountancy degree from the University of the Witwatersrand, while working part-time at Levitt Kirson chartered accountants. He also holds a master's degree in business administration from the University of Southern California.

David Shapiro, a market analyst for Sasfin, has been friends with Glasenberg since varsity days and remembers him as the one dragging him out of bed on cold Saturday mornings to run when he'd rather have stayed in bed.

"He never appeared to me to be ruthless, but hard-working. I reckon he must be a very demanding boss, and what I like about him is his forthrightness. He doesn't mince his words and knows what he is doing. I feel more comfortable with him [at the helm] than a lot of other people.

Glasenberg is married to Germiston-born Elana (previously Orelowitz) and the couple have two children.

BHP Billiton to split in two